Also today, the CoinMarketRecap podcast is going daily — listen to your easy-to-understand roundup of the biggest crypto stories here! 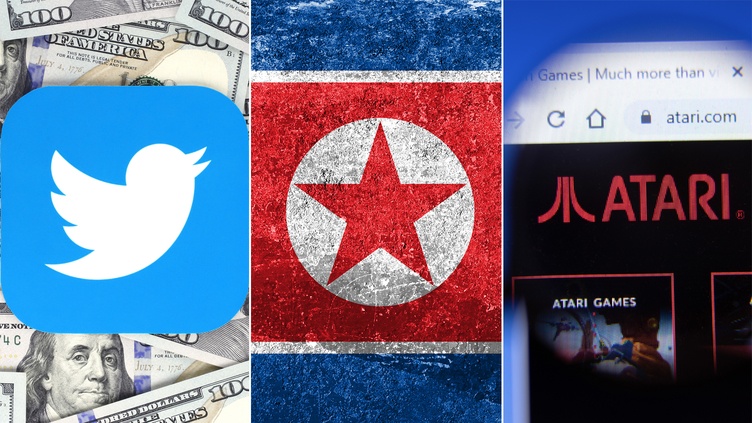 Crypto influencers in spotlight after leak 🚨

A leaked list appears to show how much major influencers charge to promote crypto projects on Twitter. Lindsay Lohan appears on the spreadsheet — and allegedly commands $35,000 for a "package deal" including two tweets and a retweet. CoinMarketCap has reached out to the actress for a comment. We've been unable to verify whether these pricings are real — and there's no suggestion that anyone on the list is breaking the law. Many countries allow celebrities to perform such promotions as long as they use the #ad hashtag on paid posts. The list was released by @zackxbt on Twitter, who claimed many influencers fail to make this disclosure. One personality who was named — Dapp Centre — played down the claims by saying he would happily share his rates to anyone who asked.

Atari has announced that it no longer has any affiliation with Atari Tokens — causing the cryptocurrency's value to plummet. The video game brand has terminated a wide-ranging partnership with the ICICB Group, which also included plans to launch Atari-branded hotels and casinos. In a shock news release, Atari warned ICICB is no longer authorized to represent its brand on the token's website… or on social media channels. Atari insists it "remains enthusiastic about the potential for blockchain initiatives." The company has also taken a snapshot of current ATRI owners and plans to compensate them with new tokens at a later date.

Many crypto projects own a large chunk of their token's total supply — sparking tough questions about decentralization. But not the Ethereum Foundation. A new financial summary reveals that this organization owns just 0.3% of the total ETH that's in circulation. This haul was worth $1.29 billion as of March 31, and represents 99.1% of the foundation's total crypto holdings. Interestingly, the Ethereum Foundation also has $300 million in "non-crypto investments and assets" — describing this as a hedge against a multi-year bear market.

North Korean groups are deliberately targeting crypto exchanges, DeFi protocols, play-to-earn games and high-net-worth individuals, the U.S. government has warned. A new alert by the FBI and the Treasury Department has sought to lift the lid on some of the techniques used by the Lazarus Group. Companies are being urged to patch vulnerabilities, train employees on how to recognize phishing attempts, and use multi-factor authentication. The statement warns that victims of social engineering attacks are often encouraged to download "trojanized" crypto applications that appear genuine. American officials have linked the Lazarus Group to the attack on the Ronin Network, where $625 million was stolen in the largest crypto hack ever seen.
18 people liked this article

Crypto News
Scammers Create Fake Version of Apple's Website for iPhone 13 Launch Event... and Steal Bitcoin
Even though that there’s no such thing as a free lunch, it seems a substantial number of visitors were taken in by the scam.
Bởi {author}
1 year ago
2m"
Crypto News
Podcast: What Does Elon Musk's Deal Mean for Crypto?
Will crypto become a bigger part of Twitter, can Elon Musk defeat the spam bots… and is this whole deal even a good idea? Connor and Molly Jane discuss on the CoinMarketRecap podcast.
Bởi {author}
5 months ago
1m"
Crypto News
$320M in Crypto Stolen After Audacious Wormhole Hack
About 120,000 Wrapped Ether tokens were taken in the attack — and the project has pleaded with the hacker to return the funds, promising to pay them a $10 million bug bounty.
Bởi {author}
7 months ago
2m"
See all articles