The North Korean group suspected of hacking the Ronin Network might be finding it difficult to launder the stolen crypto. 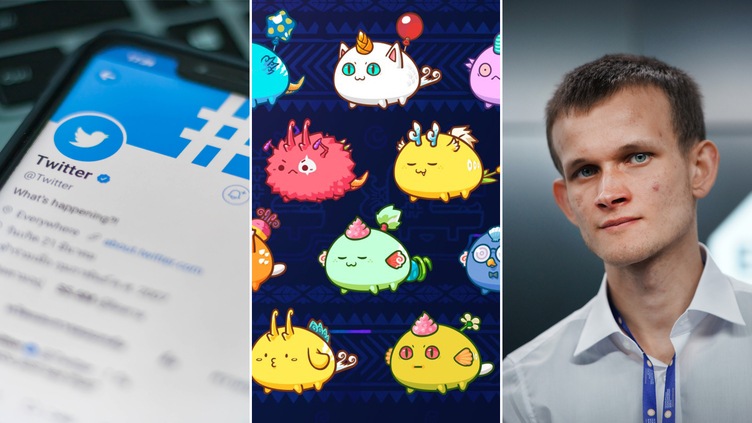 Elon Musk has vowed to "defeat the spam bots or die trying" if his audacious bid to take over Twitter is successful. The Tesla CEO also said authenticating "all real humans" is also at the top of his priorities list. His tweets came after the billionaire confirmed that he has now secured $46.5 billion in financing to buy the social network. In a filing with the SEC, the world's richest man confirmed $13 billion has come from Morgan Stanley — and he also plans to borrow against his Tesla stock. Twitter is yet to respond to Musk's offer, and earlier this week, adopted a "poison pill" strategy that's designed to make his takeover attempt harder.

Binance has recovered $5.8 million in funds linked to the Axie Infinity hack. The news was confirmed by Changpeng Zhao — the CEO of the major crypto exchange — on Twitter. CZ revealed that the North Korean hacking group believed to be responsible for the audacious attack had started to move the stolen funds today. Some of the crypto ended up making its way to Binance, and was spread across 86 different accounts. Based on market rates at the time, it's the largest crypto hack on record — with more than $625 million going missing. It seems the hackers may have waited a little while to move the funds in the hope that interest would die down. But the traceability delivered by the blockchain, along with vigilance from major exchanges, may mean achieving an off-ramp into fiat isn't easy.

LimeWire has completed a private sale for its new token as it prepares to relaunch as an NFT marketplace. The platform — once famous for allowing millions of people to download movies and music illegally — has raised $10.4 million. LimeWire says it "will use these funds and strong connections within the crypto and music industry to grow our team, extend partnerships, support artists and curate high-quality content." Kraken Ventures, Arrington Capital, Crypto.com Capital and deadmau5 were among the investors.

The legendary film director Ridley Scott is going to be involved in a brand-new blockbuster movie that brings the story of Ethereum's launch to life. His production company Scott Free is going to help adapt Camila Russo's bestselling book The Infinite Machine. It's a massive coup — not least because Scott was instrumental in bringing the likes of Gladiator, Alien and Blade Runner to life. His production company has received more than 80 Academy Award nominations. Russo, who will also serve as an executive producer, said:  "I can't imagine a better team to turn the riveting story about the people behind the most revolutionary technology since the internet, into a feature film that will capture the hearts of our generation."
17 people liked this article