A Complete Guide to Death Cross and Golden Cross

With many forms of technical analysis out there, sometimes it is best to revise the basics. Let's discuss death and golden cross - two of the most important indicators in financial markets! 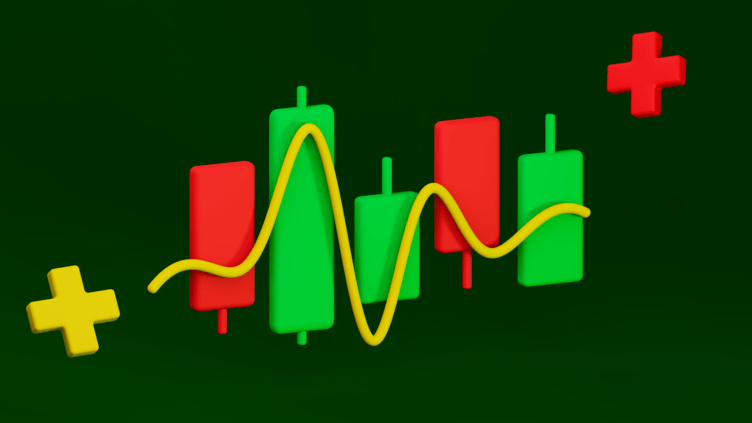 With so many forms of technical analysis out there, sometimes it is best to go back to the basics. In today’s article, we discuss the death cross and golden cross, two of the most popular and easy to identify technical indicators. A cross is a simple event anyone can learn to identify and use.
The golden and death cross are when a long-term and short-term moving average cross one another. Before we dive into that further, let’s briefly look back on what a moving average is.

What Is a Death Cross?

However, before the death cross happens, the price will likely already have pulled back quite far from the highs. Generally, the market is trending upwards, and the shorter-term moving averages are above the longer-term ones. It can take quite a nasty drop for the price to pull down the short-term average enough for it to cross below the long-term one.

This means that sometimes, the death cross presents a fake signal, where the price actually finds a bottom shortly after the signal presents itself.

What Is a Death Cross in Stocks and Crypto?

Nevertheless, it went on to drop another 10%. Because of its lagging nature, it can also present fake signals. As you can tell in the chart below, the Nasdaq 100 also printed a death cross after the March crash of 2020. However, it quickly reversed the signal and went on to grind upwards for more than a year.

The death cross is not unique to stocks or indices. Let’s look at crypto for other examples of the death cross.

Recently the death cross also printed a signal on the bitcoin chart. In the past year alone, the death cross appeared twice! Once in June 2021, and once just last January. Again, these death crosses happened quite sometime after the market tops but still went on to push the price down quite a bit.

To summarize, the death cross happens when a bullish trend reverses, and a bearish trend is underway. It can take some time for it to print, depending on how close the two moving averages are to one another. In general, the steeper the bullish trend, the longer it will take for a bearish cross to happen once the price starts reversing.

What Is a Golden Cross?

What Is a Golden Cross in Stocks and Crypto?

The golden cross has sparked strong Bitcoin rallies before. As the chart below shows, a good example of this can be found back in April 2019, after the Bitcoin bear market bottomed. The golden cross sparked a rally, sending bitcoin all the way back to the high of 13k.

However, as is true for the death cross, the golden cross can also show fake signals. As you can tell in the chart below, Bitcoin printed a golden cross right before the “COVID-Crash” of March 2020. That was painful. The golden cross it showed in May of that year was much more successful, as it preceded the rally to Bitcoin hitting prices over $60k.

Both the golden and death cross are easy signals to identify and use in your analysis. However, because of the lagging nature of the indicators, it may result in fake signals or being late to the trend shift. As we saw, however, the golden cross has sparked multi-month bullish trends before, so being a few weeks late might not concern you too much.

Most people look at the daily charts for identifying golden and death crosses, but the idea is universally applicable to any time frame, it just carries more weight on higher timeframes, at the cost of increased lag.

As with any other indicator, I, therefore, believe you’re better off using this in combination with a few other indicators. Don’t use too many but build a system that when combined presents accurate insights into trends, trend shifts, and overall market direction.

This completes a basic rundown of the golden cross and death cross, and how I like to incorporate them in my trading system. As usual, please remember this article is based on my limited experience in crypto trading and should not be considered as education or advice. Do your due diligence, have some fun and make some money!

Crypto Basics
What Are ERC-20 Tokens? Find Out Now as the Decentralized Finance Industry Takes Off
Contributor: an insight into some top tips beginners need to know before getting started trading or using ERC-20 tokens.
โดย Ethplorer
1 year ago
6ในการอ่าน
Crypto Basics
North Korea Hacked Crypto Exchanges to Fund Its Missile Programs
Stolen cryptocurrencies are usually used to gain a personal advantage, but in the case of North Korea, the country is funding its nuclear programs.
โดย Emi La Capra
5 months ago
4ในการอ่าน
Crypto Basics
The Metaverse Concerts: Where Online Games and Music Performances Meet
Snoop Dogg is ready to host concerts in the metaverse — are you ready to listen to music in this new digital medium?
โดย Emi La Capra
10 months ago
6ในการอ่าน
See all articles