What Is Everscale? Features and Tokenomics

CoinMarketCap takes a deep dive into Everscale, a fast, secure, and scalable layer-one blockchain that can process up to millions of transactions per second. 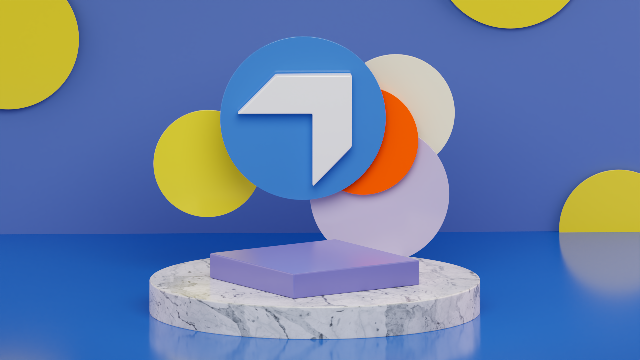 Everscale (EVER) is a fast and secure layer-one blockchain that can handle millions of transactions per second. Everscale is the equivalent of a virtual supercomputer, a similar function to other layer-one blockchains like Ethereum. It emerged from the creation of Telegram Open Network (TON), a decentralized ecosystem focused on instant messaging (Telegram), data storage, and other decentralized applications.
The Everscale blockchain is a sharded blockchain with up to 232 chains processing transactions. Its masterchain records general information and parameter values from the other working blockchains, so-called workchains. Workchains are used for processing transactions and executing smart contracts, and can host different tokens. Workchains themselves are again divided into up to 260 sharded blockchains, so-called shardchains, which host part of the workload from their assigned workchain. This enables Everscale to scale to its high promised throughput and create up to 232 tokens, one for each sharded blockchain.

The sharded chain design already employed by Everscale is similar to what Ethereum is currently building towards. Everscale works as a proof-of-stake chain split into several sharded chains to handle the load of potentially several millions of transactions per second. This architecture enables Everscale to vastly outperform current market-leading chains since no single blockchain can process that many transactions at once.

The Everscale blockchain architecture is divided into three main components:

The masterchain contains general information about the entire network and records the values coming from the workchains. Up to 232 workchains record the transactions if tokens are sent or smart contracts are executed. Not all workchains are the same. For example, different chains can have different formats of account addresses, different virtual machines, and different formats of transactions. More workchains are activated according to the network’s load. For instance, if there is a high load of transactions, more workchains will be processing them.
Up to 260 shardchains are responsible for a subset of accounts and handle a part of the transactions from the workchains. In case an incorrect block in the shardchain needs to be replaced, a new block can be added to the shardchain, containing the necessary adjustments. In this Everscale-unique mechanism, invalid blocks in shardchains can be replaced without forking all the shardchains and slowing down the network unnecessarily.
This blockchain architecture allows Everscale sub-second transaction finality. Furthermore, Everscale allows writing in Solidity, and C++, and up to 232 different tokens can be created. Its custom TIP-3 token standard enables the usage of the network’s capabilities, such as decentralized finance (DeFi) and NFTs.
Individuals can start using Everscale by acquiring EVER tokens that can be stored in desktop, mobile, or web wallets and purchased from several centralized and decentralized exchanges. Furthermore, users can bridge to and from Everscale by using one of the recommended bridges like Octus Bridge. Everscale currently offers one major decentralized exchange (DEX) in FlatQube, which has yield farming, token swaps, and staking opportunities.

With its architecture of workchains and shardchains, Everscale takes a different approach from all the current leaders in the blockchain space. Everscale thus lends itself to use cases like processing transactions on an institutional scale, such as for credit card companies. In short, Everscale could be described as the blockchain Ethereum is trying to become.

The high throughput and sub-second transaction finality of Everscale make the blockchain incredibly user-friendly. Unlike chains like Bitcoin and Ethereum, which require users to wait minutes for their transfer to be processed, transfers on Everscale are settled virtually instantly. Particularly in terms of its potential use cases like DeFi and NFTs, Everscale boasts a significant advantage over its rivals.

Variety of Use Cases

Although the DeFi and NFT ecosystems on Everscale are still comparably small to other chains, there are already several platforms available. FlatQube is the chain’s leading DEX, and Crypto Waifus and TON Punks are the first NFT collections on Everscale. With increasing usage, these are bound to grow further in the near future.

The EVER token is the native token of the Everscale blockchain and is used for:

EVER is an inflationary token with a fixed supply rate. Each month, two million new EVER tokens are issued as validator rewards until EVER reaches a cap of five billion tokens. The current circulating supply of EVER is 1.23 billion. The initial token distribution of EVER tokens looked as follows:
This article contains links to third-party websites or other content for information purposes only (“Third-Party Sites”). The Third-Party Sites are not under the control of CoinMarketCap, and CoinMarketCap is not responsible for the content of any Third-Party Site, including without limitation any link contained in a Third-Party Site, or any changes or updates to a Third-Party Site. CoinMarketCap is providing these links to you only as a convenience, and the inclusion of any link does not imply endorsement, approval or recommendation by CoinMarketCap of the site or any association with its operators. This article is intended to be used and must be used for informational purposes only. It is important to do your own research and analysis before making any material decisions related to any of the products or services described. This article is not intended as, and shall not be construed as, financial advice. The views and opinions expressed in this article are the author’s [company’s] own and do not necessarily reflect those of CoinMarketCap. CoinMarketCap is not responsible for the success or authenticity of any project, we aim to act as a neutral informational resource for end-users.
9 people liked this article

Tech Deep Dives
What Is Mines of Dalarnia (DAR)? Features, Tokenomics, and Price Prediction
CoinMarketCap takes a deep dive into Mines of Dalarnia (DAR), a play-to-earn action-adventure gaming project launched on the Binance Launchpool.
Автор: Hassan Shafiq
9 месяцев назад
5м
Tech Deep Dives
Oracles in DeFi 101: A Deep Dive by Tellor
Opinion: With the rising popularity of the DeFi space, oracles are becoming more relevant. What are the different types of oracles and why are they useful?
Автор: Brenda Loya
год назад
5м
Tech Deep Dives
A Deep Dive Into Blockasset
The platform aims to connect sports fan with their favorite athletes — all through NFTs.
Автор: Daniel Phillips
8 месяцев назад
6м
Все статьи