Netflix to Release a Docuseries on 120,000 Bitcoin Bitfinex Hack
Содержание
Netflix's Background in Crypto
Perpetrators Caught
Some Oddities About the Case
Crypto Basics

Netflix to Release a Docuseries on 120,000 Bitcoin Bitfinex Hack

Netflix is planning to tell the tale of how Ilya "Dutch" Lichtenstein and Heather Morgan allegedly tried to clean the tainted crypto by using fake identities and buying physical gold. 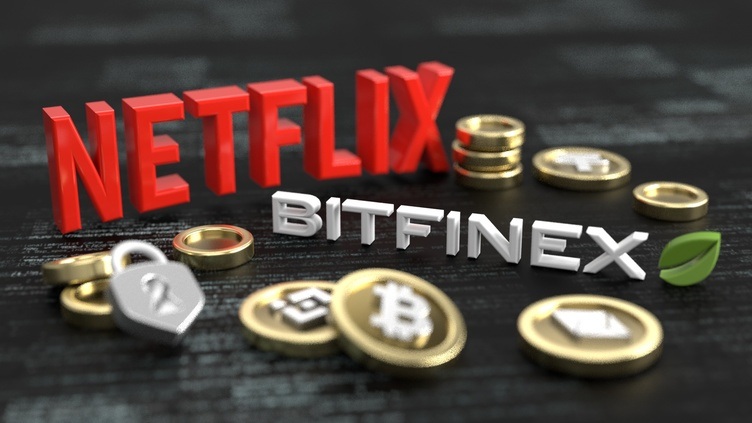 Cryptocurrency has taken the world by storm. From crypto tokens to non-fungible tokens, the blockchain system shows nothing short of an uphill tread in terms of future prospects. The buzzing stock market for cryptocurrency is one of the main reasons why many governments are finally acknowledging it as a legitimate currency worthy of being used in transactions on a government level. As secure as the blockchain is, it is still, unfortunately, prone to theft and illicit activities.

Cryptojacking, the act of illegally using someone else's computing power to generate cryptocurrency, is among the leading crypto crimes in the world. Hacking into the system is not an uncommon feat as a report by Chainalysis noted that, "illicit activities like cybercrime, money laundering, and terrorism financing made up only 0.15% of all crypto transactions conducted in 2021, representing a total of $14 billion". Similarly, for 2019, worldwide revenue losses at the hands of crypto fraudsters and scammers were reported to be worth US$1.2 billion. This number is synchronous to the US$1.7 billion lost in 2018 to crypto frauds, scams, and security breaches.
Back in 2015, the cryptocurrency trading platform Bitstamp fell into the hands of hackers, causing losses of cryptocurrency worth US$5 million. Approximately 19,000 Bitcoins were stolen, and following the event, Bitstamp was forced to temporarily put a halt to its services.
Even before cryptocurrency became a billion-dollar industry, crypto thefts have been prevalent. From 2011 to 2014, in a successive chain of crypto hacks, Mt. Gox, the biggest crypto trading company at the time, handling around 70% of the total BTC, lost Bitcoins worth US$473 million at the time, causing the company to file for bankruptcy. In 2017, NiceHash got hacked and ended up losing cryptocurrencies worth US$60 million.
Many similar events have taken place over time, the second most severe after the four years long Mt. Gox hack being the 2016 Bitfinex hack.

In a February 11th press release, Netflix's official website read, "Netflix has ordered a documentary series about a married couple’s alleged scheme to launder billions of dollars worth of stolen cryptocurrency in the biggest criminal financial crime case in history." The married couple at hand is the pair Ilya Lichtenstein and Heather Morgan, both in their 30s. The Bitfinex hack took place in 2016 when Bitcoins worth $71 million at the time were stolen off the platform and only a small portion has been recovered to date.

The website further explains, "As the value of the stolen Bitcoin soared from $71 million at the time of the hack to nearly $5 billion, the couple allegedly tried to liquidate their digital money by creating fake identities and online accounts, and buying physical gold, NFTs, and more – all while investigators raced to track the money’s movement on the blockchain" The movie is to be directed by Chris Smith, with Nick Bilton as a co-executive producer.

Netflix is certainly not new to the cryptocurrency docuseries space as the production giant has already had two previous crypto-related projects on the move.

Netflix's first big project is The Puppet Master: Hunting The Ultimate Conman.
The second project is Trust No One: The Hunt For The Crypto King "following the death of QuadrigaCX exchange, whose founder Gerald Cotten died unexpectedly while possessing the keys to customers’ accounts, Follow a group of investors turned sleuths as they try to unlock the suspicious death of cryptocurrency multimillionaire Gerry Cotten and the missing $250 million they believe he stole from them."

Insight on the Bitfinex Hack

Back in 2016, the crypto space was shaken to its core when it was revealed that one of the most renowned trading platforms, Bitfinex, was compromised. The hackers got a hold of Bitfinex's exchange wallet and exploited it. According to reports, approximately 119,756 BTC were stolen from the company's wallet, some being the property of customers, while others being the platform's own stack.
Collectively, the nearly 120,000 Bitcoins amounted to around US$71 million at the time of the theft. Bitcoin and cryptocurrency, however, soared in a very short period. Cointelegraph Markets Pro records that in the five years that followed after the hack, there was a groundbreaking, 7,415% overall increase in the value of Bitcoin. Hence, currently, the Bitcoins that were lost are collectively worth US$5 billion, magnifying the gravity of the crime.

Bitfinex tried its best to compensate for customers' losses at the hands of a soft spot in their security system. Refunding programs were launched to return the Bitcoins that were lost from customers' wallets and the company eventually went through a temporary suspension to recover from the event.

On February 8th, 2022, Bitfinex announced that the Department of Justice had recovered a portion of the stolen money, of which, "Bitfinex will, within 18 months of the date it receives that recovery, use an amount equal to 80% of the recovered net funds to repurchase and burn outstanding UNUS SED LEO tokens."

When Ilya Lichtenstein and Heather Morgan were caught on February 8th, 2022, the DOJ estimated a possible sentence of up to 25 years for the couple.

As for how the two managed to sway authorities for so long, Bloomberg reports that Lichtenstein had a separate folder dedicated to "personas" while also having a stack of counterfeit passports ready on his computer. The couple also carried burner phones with them to avoid being tracked.

Some Oddities About the Case

The case is still a mystery in the sense that Lichtenstein and Morgan were not the original perpetrators of the hack. According to authorities, the two attempted to take advantage of the hack and laundered the money that was already stolen in the scam. Although a slight movement between wallets was caught on February 1st, 2022, the original wallet where all the laundered money was kept, was hardly disturbed.

All in all, the docuseries appear promising and will hopefully shed more light on the high-profile yet mysterious hack.