Breaking $45,000 would take BTC to a price not seen for one month, and beyond a crucial level of resistance that has proven tricky to crack in 2022. 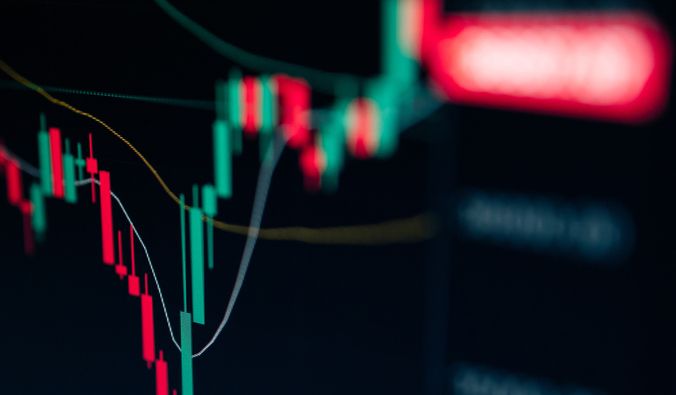 Bitcoin has risen by 10% over the past week — with the world's biggest cryptocurrency accelerating to $44,651 at the time of writing.

Breaking $45,000 would take BTC to a price not seen for one month, and beyond a crucial level of resistance that has proven tricky to crack in 2022.

However, a number of significant developments may be driving Bitcoin's strength right now… fueling optimism that $50,000 could be tackled next.

First, the foundation that runs UST — an algorithmic stablecoin on the Terra blockchain — has said that it plans to hold BTC worth $3 billion in reserve, dramatically ramping up demand for the cryptocurrency.

In the long term, the CEO of Terraform Labs, Do Kwon, says the Luna Foundation Guard hopes to increase this to $10 billion.

It's hoped that this move will help inject further stability into UST, which is designed to be pegged on a one-to-one basis with the U.S. dollar. Critics have raised concerns that algorithmic stablecoins are especially fragile because they are uncollateralized. Back on March 14, Kwon had tweeted:

"UST with $10 billion in BTC reserves will open a new monetary era of the Bitcoin standard. P2P electronic cash that is easier to spend and more attractive to hold."

Russia May Accept BTC Payments for Oil and Gas

In other developments, a prominent Russian politician has suggested that the country may start accepting BTC as payment for oil and gas.

It comes as the country attempts to mitigate the impact of economic sanctions imposed by the West following Vladimir Putin's invasion of Ukraine — and follows a collapse in the value of the Russian ruble.

Traders may have interpreted these remarks as a signal that demand for BTC could spike as a result — however, it is worth noting such a move would inevitably lead to enhanced regulatory scrutiny from the West. In recent days, European Central Bank President Christine Lagarde confirmed that digital assets are being used to evade sanctions imposed on Russian individuals — and even suggested that crypto exchanges may be "accomplices" in these crimes.

Friday also saw the threat of restrictions on Proof-of-Work blockchains such as Bitcoin disappear in Europe.

The Markets in Crypto Assets framework — otherwise known as MiCA for short — had included a provision that would limit the use of these networks unless they met minimum environmental sustainability standards.

There were fears that this provision could effectively stop European exchanges from offering Bitcoin to their customers, and stymy the digital assets industry.

Although the provision was ultimately left out of MiCA after a committee vote, there was a danger that the issue could be brought before the entire European Parliament.

But according to MEP Stefan Berger, who is overseeing MiCA, this threat has now subsided after a crucial deadline passed.