BREAKING: Crypto is Being Used to Evade Sanctions, Lagarde Says — and Exchanges May Be 'Accomplices'
Table of Contents
How Big a Problem is This?
Crypto News

BREAKING: Crypto is Being Used to Evade Sanctions, Lagarde Says — and Exchanges May Be 'Accomplices'

The president of the European Central Bank is urging trading platforms to clamp down on individuals who are using cryptocurrencies to sidestep sanctions. 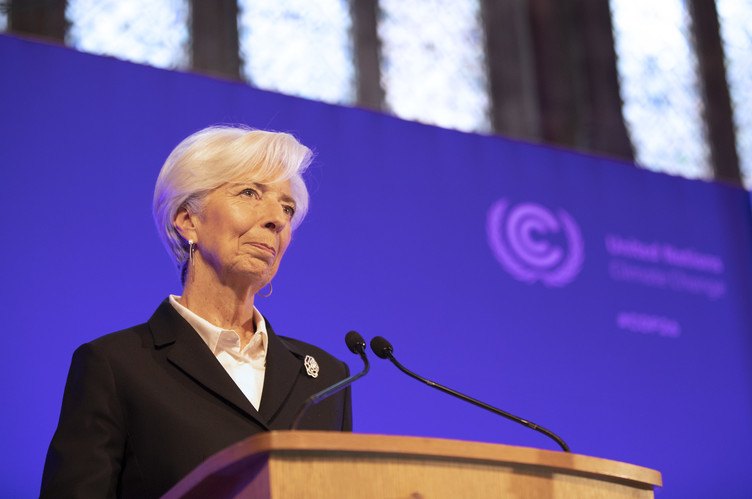 Cryptocurrencies are being used to evade sanctions imposed on Russian individuals, the president of the European Central Bank has said.

"We have taken steps to clearly signal to all those who are exchanging, transacting, offering services in relation to crypto assets that they are being accomplices to circumvent sanctions."

Lagarde was speaking at the Bank for International Settlements Innovation Summit 2022 — in a conversation with The Atlantic Council's Josh Lipsky.

European officials have expressed concerns that digital assets could be used to blunt the impact of sanctions introduced in response to Russia's invasion of Ukraine.

Crypto exchanges could end up interpreting Lagarde's remarks as a warning that they need to do more to ensure their trading platforms aren't used by those on sanctions lists — and major brands have rejected calls to freeze the accounts of all Russian users.

How Big a Problem is This?

Earlier this month, Coinbase confirmed that it has blocked more than 25,000 addresses that are connected to Russian individuals or entities that are suspected of engaging in illicit activity.
The blockchain intelligence firm Elliptic said last week that it had identified a wallet with "significant cryptoasset holdings" worth millions of dollars that may be linked to sanctioned Russian officials and oligarchs.

However, many experts believe that the crypto markets are too small to be used to systemically sidestep sanctions — and major drawbacks include a lack of liquidity, high levels of transparency through blockchain technology, and few effective anonymous off-ramps back into fiat.

In recent days, U.S. Senator Elizabeth Warren — who has long been a vocal critic of cryptocurrencies — proposed a bill that would give the White House greater power to clamp down on sanctioned Russians who are using crypto.

If approved, Treasury Secretary Janet Yellen would have the power to stop American crypto exchanges from processing transactions involving wallets that are based in Russia. Her department would also be asked to effectively name and shame foreign trading platforms that are a "high risk" for sanctions evasion, money laundering, or other illicit activities.

Crypto News
Crypto News, Jan. 28: Bad News for the SHIB Army
Also today, Robinhood is unlikely to list SHIBA INU anytime soon... and it's just had a difficult set of financial results.
By Connor Sephton
3mo ago
3m
Crypto News
OpenSea Discord Hacked: Users Warned NOT to Click on Any Links After YouTube Scam
A suspicious link was included that directed unsuspecting Discord users to a website for the "YouTube Genesis Mint Pass."
By Connor Sephton
1w ago
2m
Crypto News
NFT Sales Plummet Following a Record-Breaking August
Non-fungible token sales dropped 75% since the August 29 all-time high, according to data from Dune Analytics.
By Leo Jakobson
8mo ago
2m
See all articles