The Grayscale Discount Explained: Could the Grayscale Bitcoin Trust Collapse?
Índice
What Is GBTC and What Is the GBTC Discount?
Could Genesis Cause Grayscale To Collapse?
Could Contagion Spread Even Further?
Crypto Basics

Another week, another potential victim of contagion. You probably have heard phrases like "GBTC discount widens" or "Is GBTC in trouble?" swirling around. 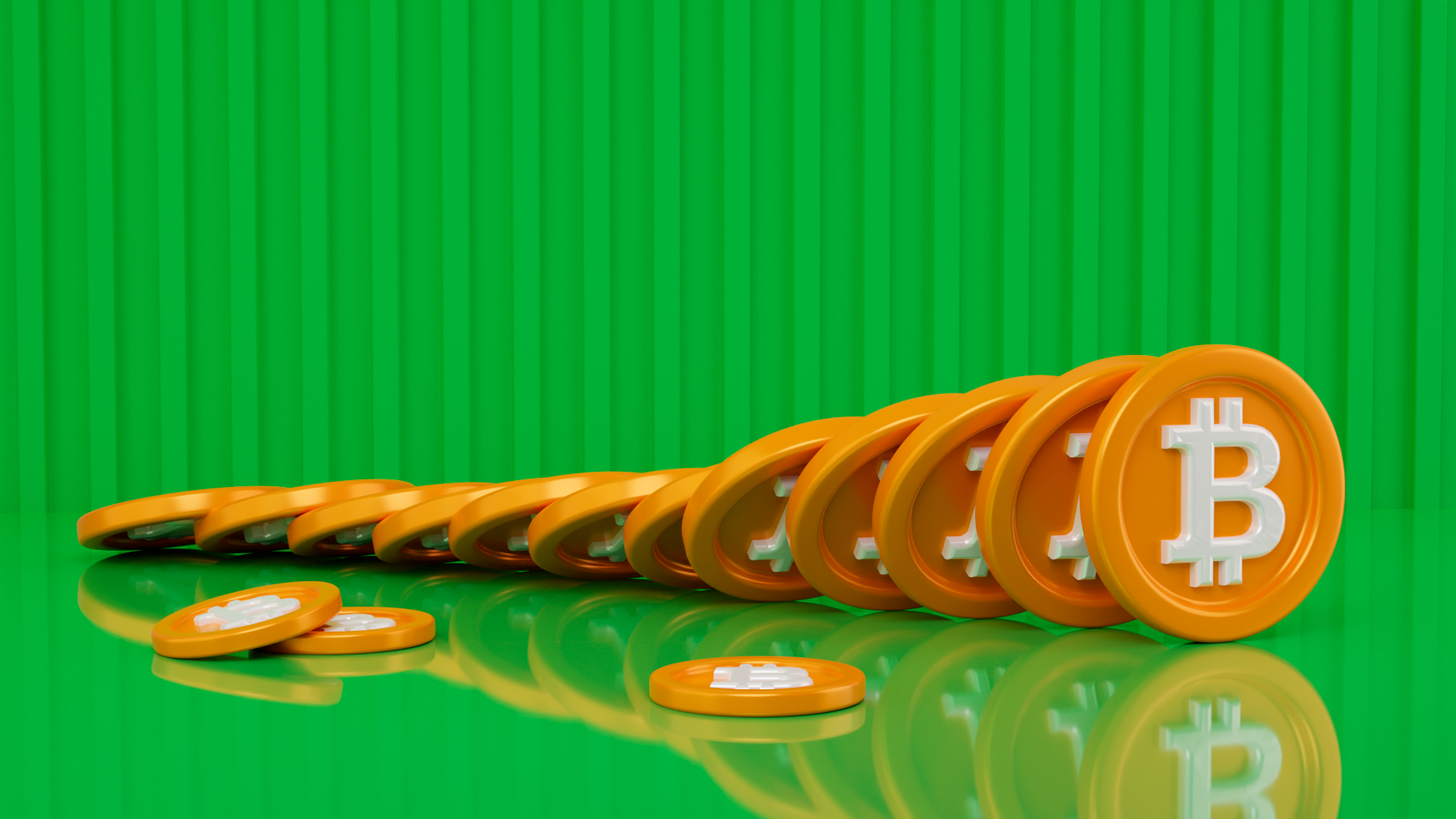 "With the FTX collapse in the books, it's time to start anew. Let's move on to build—what was that? ...Grayscale could be in trouble? You gotta be kiddin' me..."

Another week, another potential victim of contagion. You probably have heard phrases like "GBTC discount widens" or "Is GBTC in trouble?" swirling around. Let's investigate if we have the next potential collapse on our hands and what is really going on here.

This article will cover:

What Is GBTC and What Is the GBTC Discount?

Let's start from the beginning. Grayscale is an investment trust. Investment trusts are public limited companies, and are closed ended — this means the fund managers cannot redeem or create shares. In "TradFi" as crypto lingo goes, an investment trust can invest in other companies, while investors own shares in the trust to gain exposure to the companies. In the case of the Grayscale Bitcoin trust, it happens to specialize in one thing and one thing only: Bitcoin

Launched in 2013, the ​​”Grayscale Bitcoin Trust is solely and passively invested in BTC, enabling investors to gain exposure to BTC in the form of a security while avoiding the challenges of buying, storing, and safekeeping BTC, directly.”

The business model is easy: Grayscale buys BTC, issues shares in its fund, and charges a 2% annual management fee. Initially, accredited investors can obtain GBTC shares during the private placement round by buying at least $50K worth of Bitcoin. Subsequently, the trust received FINRA approval to trade publicly, and anyone could buy them through their own brokerage accounts for as little as one share of GBTC.

But, why would anyone pay 2% a year in fees, when they can buy Bitcoin on their own?

Well, when Grayscale started this ingenious business in 2013, buying Bitcoin was comparably less convenient than today. Moreover, the kind of investors that would buy GBTC shares ($50K worth of Bitcoin or a lot more) were not the kind of investors that want to deal with inconveniences like:
In other words, a retirement fund would gladly pay a custodian like Grayscale for its management services. That is why GBTC shares traded at a premium for a long time. The upsides outweighed the downsides, and there were few comparable services.
That premium created an arbitrage opportunity: what if someone bought BTC and sold GBTC at a higher price? After all, GBTC is just BTC in custody. But for a long time, the premium was 20-50%.

In theory (and for a while in practice), this was possible.

a) Wait six months and hope the premium remains intact (not really arbitrage but speculation).

b) Buy BTC and short GBTC where possible. As long as the price of Bitcoin covers the change in the premium, you make money.

This strategy can even be scaled by taking someone else's bitcoins, offering a yield on deposited BTC, and shorting an equal amount of GBTC. This is what CeFi lenders like BlockFi did.
The duration mismatch is the risk. What if the premium does not hold up and the change in Bitcoin price does not cover the short?
This is exactly what happened and the premium turned into a discount since March 2021: demand for GBTC shares declined, evidenced by the BTC holdings of the trust flatlining. Moreover, BTC holdings in custody were unlocked, creating potential selling pressure and depressing the Bitcoin price.
Could you, in theory, make the same arbitrage trade in reverse?
Yes. You could buy GBTC at a discount to Bitcoin, thus effectively buying 'cheaper custodial Bitcoin' in anticipation that the price gap will close. In practice, the market did not enter this trade. There were more GBTC sellers than buyers, BTC custody became more attractive, liquidity for trading GBTC was thin, and spot-based ETFs in Canada offered alternative exposure to Bitcoin. Therefore, the discount has only been widening:

This brings us to today.

Could Genesis Cause Grayscale To Collapse?

Here, we need to introduce a few additional entities:

DCG owes $2.025 billion, $1.675 billion to its subsidiary Genesis and $350 million to external creditors. $1.1 billion out of those $2.025 billion comes from bailing out Genesis following the 3AC collapse. That means Genesis has the following balance sheet:

$575 million are due in May 2023. The $1.1 billion is due in June 2032. This is likely due to some financial alchemy that DCG used to bail out Genesis when it got caught up in the aftermath of the 3AC collapse. The most logical explanation is that both "loans" by Genesis to DCG were made by taking some of its assets (read: customer deposits), "loaning" them to DCG, and DCG sending them straight back to fill the balance sheet hole.

The takeaway: these $1.675 billion are probably gone, which is why Genesis halted withdrawals. That is also why Genesis is looking for funding.
Introducing Grayscale.
Grayscale, another subsidiary of DCG, has 633,000 bitcoins as assets. Grayscale is a profitable business, so DCG could try to raise money. But, as @hodlKRYPTONITE explains, this is unlikely to be successful in a 'peak fear' environment:
View post on Twitter

Another way would be letting Genesis fail and try to negotiate with creditors and raise money until May 2023. However, how much more successful that would be is questionable.

A third way would be DCG selling some (or most) of its assets, GBTC shares, and some equity in Grayscale and its other subsidiaries like CoinDesk, Luno and Foundry. Adam Cochran has an insightful thread explaining that this may not be enough either:
View post on Twitter

The final (and nuclear) option would be liquidating Grayscale's underlying BTC collateral and releasing the 633,000 BTC on the market. This could be more than enough to cover outstanding loans.

How realistic is this?

Hard to say.
If Genesis urgently needs about $500 million to square the books, the question is whether DCG can solve the problem by raising more money or selling equity. DCG will need to plug this hole either way, and it's probably not going to happen fast, so a Genesis bankruptcy looks likely. However, as things currently stand, selling the entire Grayscale business looks unlikely.
Grayscale owns more than $10 billion worth of BTC collateral and some $3.6 billion more worth of ETH collateral for its identically-functioning ETHE fund. Although some questions were raised about the existence of this BTC collateral, and Grayscale refused proof of reserves for "security concerns," Coinbase guaranteed their existence:
View post on Twitter

As James Seyffart points out, voluntary liquidation of their GBTC shares just does not make sense for DCG. On the other hand, forcing DCG to liquidate their shares does not seem possible anymore either:

And the fine print states that DCG can only sell about 12% of their shares each quarter, so it would take them more than two years to get rid of their GBTC shares.

If that sounds messy, it’s because it is really, really messy.

Could Contagion Spread Even Further?

Short answer: yes. The only question is how far.
For instance, 3AC, Genesis and Grayscale were closely linked. Datafinnovation investigated their links in an in-depth investigative research piece:
The takeaway from this complex graph: there are other entities that lent money to Genesis and will have to write off assets if Genesis goes bankrupt.
For example, Gemini used Genesis and has frozen withdrawals for its customers, as did probably a ton of other lenders. The crypto contagion seems far from over.
This article contains links to third-party websites or other content for information purposes only (“Third-Party Sites”). The Third-Party Sites are not under the control of CoinMarketCap, and CoinMarketCap is not responsible for the content of any Third-Party Site, including without limitation any link contained in a Third-Party Site, or any changes or updates to a Third-Party Site. CoinMarketCap is providing these links to you only as a convenience, and the inclusion of any link does not imply endorsement, approval or recommendation by CoinMarketCap of the site or any association with its operators. This article is intended to be used and must be used for informational purposes only. It is important to do your own research and analysis before making any material decisions related to any of the products or services described. This article is not intended as, and shall not be construed as, financial advice. The views and opinions expressed in this article are the author’s [company’s] own and do not necessarily reflect those of CoinMarketCap. CoinMarketCap is not responsible for the success or authenticity of any project, we aim to act as a neutral informational resource for end-users.
2 people liked this article

Bitcoin
The Return of the $90M Blockchain Bandit
A thief using software that guessed obvious passwords robbed 10,000 crypto owners between 2015 and 2016, then disappeared. Now the stolen funds are on the move.
Por Leo Jakobson
21 hours ago
2m
Bitcoin
Bitcoin's Price Will Not Break $30,000 This Year, Poll of 50 Crypto Experts Suggests
The 56 industry experts polled by Finder saw a slow return to 2021's exuberant bull market, with the all-time of $68,000 not beaten until late 2025.
Por Leo Jakobson
3 days ago
2m
Crypto Basics
Week in DeFi: Frax Leads LSD Race, MetaMask Hops on the Bandwagon
Another exciting week in DeFi as markets rally and the LSD narrative heats up — check out our weekly roundup of the most important DeFi tweets, news and alpha you can't miss out.
Por 0xKira
3 days ago
4m
See all articles