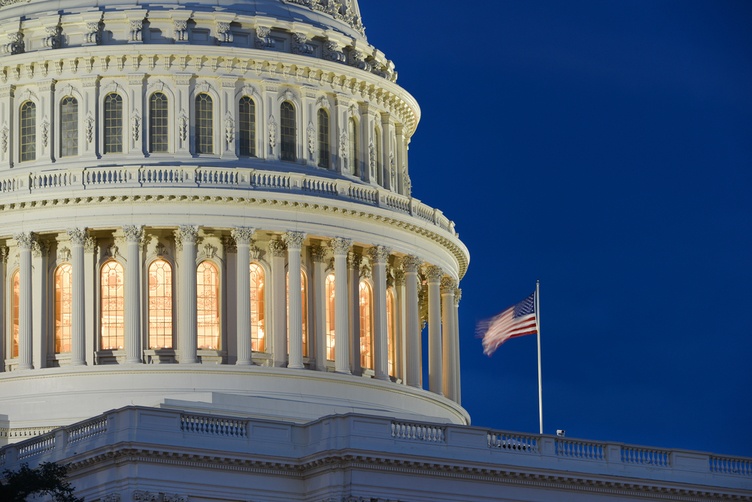 Congress is considering issuing a subpoena for former FTX CEO Sam Bankman-Fried, but is running out of time.

The House Financial Services Committee has asked Bankman-Fried to testify about the events that led to the sudden bankruptcy of the second-largest global cryptocurrency exchange last month.

Rep. Maxine Waters, the California Democrat who chairs the committee, told The Block that while a subpoena could be issued, she doesn't yet have the agreement of the committee's top Republican, Rep. Patrick McHenry of North Carolina.

The problem is that Rep. Waters' subpoena would only be valid through the end of the year, when 117th Congress' term ends.

With an incoming Republican majority taking over in January, Rep. McHenry would be the one deciding whether to try and force Bankman-Fried to testify — testimony which would see him asked under oath about potentially criminal behavior in loaning $10 billion in FTX customers' money to his trading shop, Alameda Research, which allegedly lost as much as $8 billion of it.

"We have not gotten to that point yet, but I think it's plausible," Rep. Waters said.

Practically, Congress relies on the Department of Justice to enforce its subpoenas. So if Bankman-Fried can't be enticed — and it looked unlikely in a Twitter thread last weekend and Monday — it will be a matter for the 118th Congress that will be seated in January.

Meanwhile, Wyoming Sen. Cynthia Lummis, a Republican, told CoinDesk on Wednesday that the Responsible Financial Innovation Act she has co-authored with Democratic Sen. Kristin Gillibrand of New York might have prevented the FTX collapse.

Referring to FTX allegedly using customers' funds for its own purposes, Lummis said:

"The type of rehypothecation that was going on with FTX and some of the other attributes of FTX which caused it to fail would have been prevented had the Lummis-Gillibrand bill been in effect."

The FTX scandal has put even more "emphatic enthusiasm" into the bill's backers, she said.

The Responsible Financial Innovation Act is one of two bipartisan crypto regulation bills before the U.S. Senate.

The other is the Digital Commodities Consumer Protection Act (DCCPA), authored by the chairwoman and ranking minority member of the Democrat-controlled Senate's Agriculture Committee.

That bill would give more crypto oversight authority to the Commodity Futures Trading Commission (CFTC), which it oversees, while the Lummis-Gillibrand bill would rely more on the Securities and Exchange Commission.

While the DCCPA has gotten more attention lately, the bill's chances could be harmed by the vigorous support Bankman-Fried gave it as one of the crypto industry's most ardent lobbyists.

Crypto News
FTX Asks To Subpoena Sam Bankman-Fried, His Family and Top Lieutenants
The executives and lawyers seeking to unwind FTX's abysmally recorded assets have complained that they are getting no cooperation.
Por Leo Jakobson
14 hours ago
3m
NFTs
NFT Contest in Nike's Web3 Venue .Swoosh Offers Designers Access and Royalties
The virtual sneaker design contest will pair winners with Nike designers to create virtual kicks that could be dropped with its first NFT drop.
Por Leo Jakobson
14 hours ago
2m
Crypto News
FBI Hacks Hive Ransomware Gang, Saving 300 Victims $130M
The FBI infiltrated the Hive network in July, stealing decryption codes for some 1,300 old and new attacks, as well as contributing to a sizable drop in ransomware payments in 2022.
Por Leo Jakobson
14 hours ago
4m
See all articles