FTX Founder Sam Bankman-Fried Would Have 'Ridiculed' Others For Making His Mistakes
Table of Contents
Where's the Money?
Crypto News

Sam Bankman-Fried said in an interview this weekend that bad systems left him blind to how big trading firm Alameda's losses were. 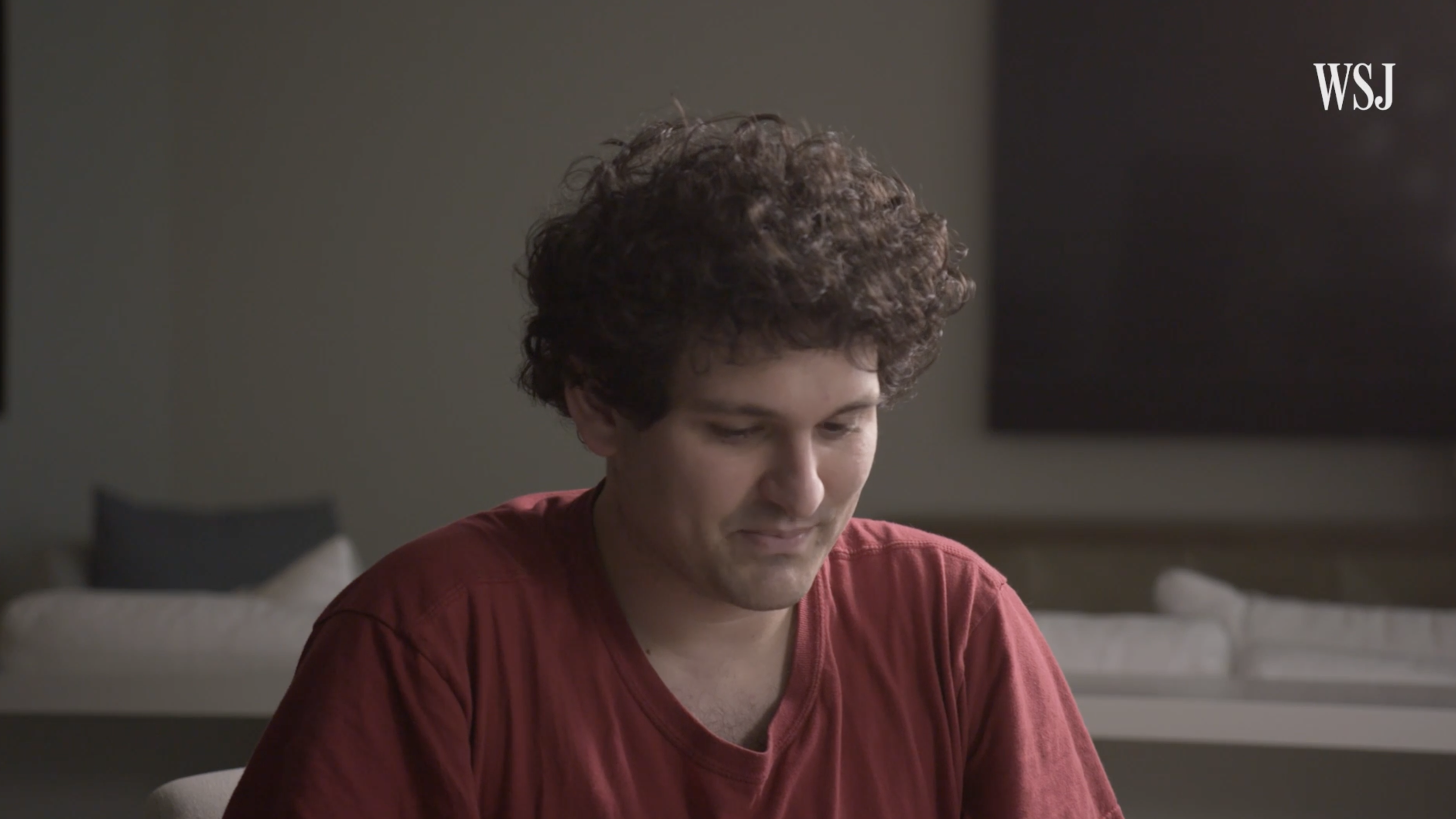 Sam Bankman-Fried's "I'm an Idiot, Not a Crook" tour took a stop at The Wall Street Journal over the weekend — with the former CEO of now-bankrupt FTX claiming he paid no attention to what his trading firm was doing while betting billions of his and his customers' money.

Last week, Bankman-Fried was interviewed first by The New York Times at its Nov. 30 DealBook summit, where he said his net worth was "close to zero" and that he had never commingled customers' funds with his own at the now-bankrupt exchange and his also bankrupt trading firm Alameda Research.
Next he stopped at Good Morning America, claiming he "wasn't even trying" to manage risk at FTX, which allegedly borrowed and lost billions of FTX's customers dollars and that his net worth is now "close to zero."
On Sunday, Bankman-Fried told The Wall Street Journal that that he wasn't a crook — he'd previously denied being another Bernie Madoff — and went on to continue to call himself stupid, lazy and incompetent. He said:

"I ask myself a lot how I made a series of mistakes that seem — they don't just seem dumb — they seem like the type of mistakes I could see myself having ridiculed someone else for having made."

As for the missing money, Bankman-Fried said he didn't know what happened to $5 billion that customers wired to Alameda on the understanding that it would go to their FTX accounts.

Talking of the exchange that grew into the second-largest in the world in just three years, Bankman-Fried said funds were sent that way because FTX didn't have its own bank accounts at first. He said:

"They were wired to Alameda, and… I can only speculate about what happened after that."

Bankman-Fried added that he didn't realize Alameda's traders were making such dangerously large bets because poorly designed and flawed systems didn't account for the wired funds — so they weren't on the screen he saw.

The new executive team at FTX Group — which includes about 130 of Bankman-Fried's companies — has alleged that software allowed the firm to hide transferring money from FTX to Alameda and its CEO, restructuring expert John Ray III, called top executives "potentially compromised."

In the WSJ interview, Bankman-Fried addressed questions about the FTX exchange's terms of service, which promised customers' funds were their own, not the company's — which means they were not supposed to be lent out to Alameda, which is what allegedly happened with as much as $10 billion.

Crypto News
Podcast: History Made After Crypto Insider Trading Conviction
Also today, almost a year after the war in Ukraine began, the crypto community are rallying together to support victims of the earthquake in Turkey and Syria.
By Connor Sephton
14h ago
1m
Crypto News
Ex-Coinbase Manager Pleads Guilty to Insider Trading in Landmark Case
A guilty plea by Ishan Wahi ends the first crypto insider trading criminal case, but sidestepped the question of whether the tokens were securities.
By Leo Jakobson
14h ago
3m
Crypto News
Crypto Raises $11.7M for Victims of Turkey and Syria Earthquake in Under 48 Hours
The crypto community has rushed to donate funds after a pair of powerful tremors flattened buildings and left whole regions without power, water and other vital services.
By Leo Jakobson
14h ago
2m
See all articles