Andre Cronje really doesn't like how the crypto industry has been overtaken by greed and egos. Meanwhile, things between Elon Musk and Twitter are getting nasty. 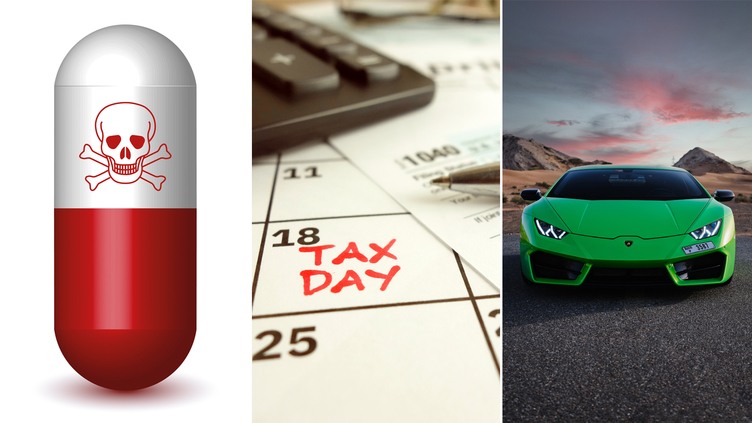 Bitcoin falls to lowest price in a month 💔

Bitcoin's price has fallen to its lowest level in a month after dipping to lows of $38,696.19 on Monday. The world's biggest cryptocurrency has fallen by about 20% from the highs of $48,000 seen toward the end of March. BTC's painful pullback coincides with tax day in the U.S. — and Americans have until the end of Monday to submit their income tax returns. Some analysts have suggested investors may be selling off some of their crypto holdings in order to settle their outstanding liabilities. Tax isn't the only threat on the horizon, as Bitcoin remains closely correlated to Wall Street — rising and falling in line with major indices.

The standoff between Elon Musk and Twitter is getting even messier as it heads into a third week. Tesla's CEO said during a TED talk on Friday he has a "Plan B" if his offer to buy the social network is rebuffed. Meanwhile, the social network has embraced a "poison pill" strategy that's designed to make any hostile takeover much harder to achieve. If a single entity owns more than 15% of the company — more than Musk's current 9.2% — other shareholders would be given the chance to buy Twitter stock at discounted rates, diluting their stake. Right now, it seems Twitter is in something of a lose-lose situation — irrespective of whether Musk succeeds in his takeover bid.

Renowned DeFi developer Andre Cronje has criticized the crypto world in a blog post — and says he now believes the industry needs to be regulated. The Yearn Finance founder, who sensationally quit the industry earlier this year, claimed many crypto projects are being built by people who read Wikipedia articles on complex monetary policy and think they can do things better. Cronje also spoke of his disdain for "crypto culture" — concepts like wealth, entitlement, enrichment and ego — and argued that greed is "strangling" crucial principles that this space was built upon. The millionaire believes regulation is necessary to protect investors, writing: "It's like a child trying to stick their finger into an electric outlet, you stop them, before they can learn why they shouldn't."

Frustrated at being unable to gain full regulatory approval in the U.K., reports suggest that Copper is now plotting a move to Switzerland. The crypto firm remains subject to a temporary registration regime with the Financial Conduct Authority — even though a March 31 deadline has long passed. All of this drama could be especially problematic for Philip Hammond, the former British chancellor who joined the company as a senior adviser last year. Lord Hammond currently holds growth shares that were worth as much as $15m as of Copper's last funding round. But the current setback could cause the value of this warchest to dwindle, as potential investors in Copper consider pulling out.
20 people liked this article

Crypto News
BREAKING: Binance Recovers $5.8M Stolen in Axie Infinity Hack
CZ revealed that the North Korean hacking group believed to be responsible for the audacious attack had started to move the stolen funds today.
Por Connor Sephton
5 months ago
1m
Crypto News
Domino's Pizza Franchise Offers Bitcoin Salaries in the Netherlands
There are reasons why Bitcoin salaries haven't caught on yet.
Por Connor Sephton
1 year ago
2m
Crypto News
Magazine Destroyed Private Key to BTC Worth $760,000
The magazine ran a Bitcoin mining machine as an experiment in 2013 — but dismissed the cryptocurrency as an "abstraction" and rendered the 13 BTC it had accrued inaccessible.
Por Connor Sephton
10 months ago
2m
See all articles