By Connor Sephton
3m
3mo ago

Right now, it seems Twitter is in something of a lose-lose situation — irrespective of whether Musk succeeds in his takeover bid. 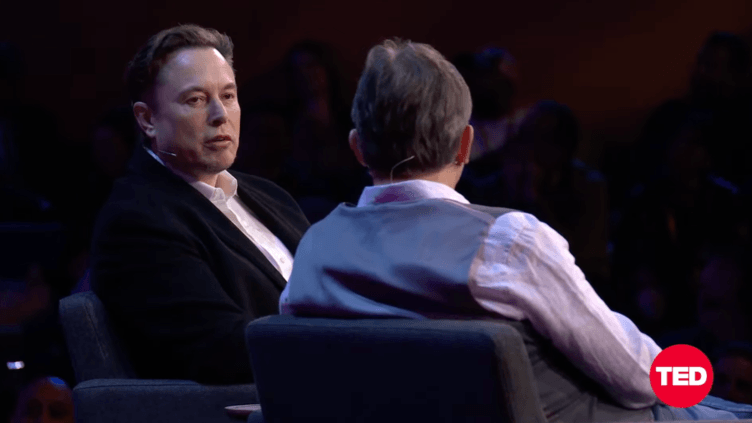 The high-stakes boardroom drama between Elon Musk and Twitter is set to rumble on into a third week.

As the outspoken Tesla CEO makes moves to acquire the social network for $43.4 billion, Twitter has fired back with a "poison pill" strategy designed to thwart his takeover attempt.

The radical measures would kick in if Musk was to own more than 15% of the company — beyond his current holding of 9.2% — and would effectively dilute his holding by allowing other shareholders to buy TWTR stock at discounted rates.

In a TED talk on Friday, Musk reiterated that his motivation for acquiring Twitter lies in ensuring that the site is a bastion for free speech — cementing its reputation as a "de facto town square." The world's richest man also claimed he isn't motivated by making money from the deal… and at one point, even suggested that owning Twitter would be "miserable."

During the interview, Musk conceded that some restrictions would remain in place if he bought Twitter — especially when it came to tweets that incite violence — as the company would need to comply with the laws of the countries it operates in. Instead, he took issue with algorithms that decide which posts should be promoted... and which should be demoted.

The biggest point of difference arguably lies in how he would handle those tweets that fall into a gray area — the posts where it boils down to human judgment on whether it should be allowed or removed:

"I'm not saying I have all the answers here. But I do think that we want to be very reluctant to delete things… and be very cautious with permanent bans. Timeouts I think are better."

Those who are wary about his plans to take over Twitter might be scratching their heads at this point — and argue that, in the vast majority of cases, this already exists.

Crypto enthusiasts may take heart by how musk also vowed "to eliminate the spam and scam bots and the bot armies that are on Twitter." Many high-profile influencers and media outlets have lamented the lack of action that has been taken to tackle dodgy links.

Right now, it seems Twitter is in something of a lose-lose situation — irrespective of whether Musk succeeds in his takeover bid.

Even if the social network's "poison pill" plan succeeds, it could go down badly on Wall Street — and even interpreted as a sign of weakness. Indeed, some shareholders may be disappointed if Tesla's CEO isn't brought on.

And on the other side of the coin, Musk's vision for Twitter has the potential to alienate existing users — and mean the billionaire is spread too thin. If he opted to be CEO of Twitter, he would be one of a few entrepreneurs who have simultaneously been at the helm of three major companies (the other two being Tesla and SpaceX.)

Investors in these companies could end up worrying that Twitter will become a distraction — and if Musk has to sell off stock in order to fund this multibillion-dollar acquisition, it risks hurting them in the pocket too.

Musk has indicated that there is a "Plan B" in case Twitter rebuffs his offer — but conceded during the TED event in Vancouver that he may fail.

Expect many more twists and turns to unfold in this boardroom drama over the days ahead.

Crypto News
CMC Daily, Nov. 8: Bitcoin on Brink of Record Highs
Plus... the millionaire who thinks Ether could flippen Bitcoin next year, an update on SHIBA INU's supply, and New York City's mayor says crypto should be taught in schools.
By Connor Sephton
8mo ago
3m
Crypto News
Bitcoin Reaches All-Time High — But There's a Warning for New Investors
Bitcoin has now officially entered a period of price discovery, and it’s possible that further institutional investment could drive this cryptocurrency even higher.
By Decentralized Dog
1yr ago
5m
Crypto News
Snowden: Govts 'Conspired' to Undermine Bitcoin
Despite a “coordinated global campaign by governments to undermine… cryptocurrency,” the NSA whistleblower and fugitive pointed out that BTC is up 10x in 18 months.
By Leo Jakobson
10mo ago
2m
See all articles