What Is Presearch (PRE)? Features, Tokenomics, and Price Prediction

CoinMarketCap and Presearch have partnered to offer accurate cryptocurrency data to the platform’s users. 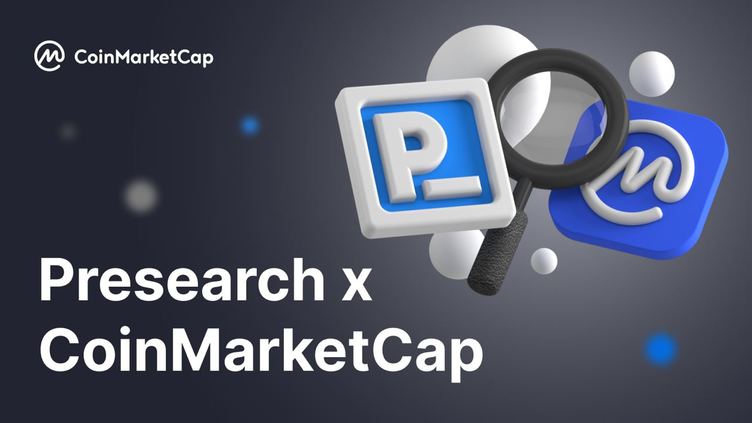 How Does Presearch (PRE) Work?

Whenever users search anything by using the Presearch engine, they are rewarded with PRE tokens. At present, the users can earn as high as three PRE per day at a rate of 0.1 PRE per search. The rate of these rewards is not constant and it changes due to the fluctuation in the level of supply and demand as the userbase grows with time. The platform also rewards the node operators for their contribution to the Presearch network and requires them to stake their PRE tokens that offer server capacity on the network.

The Team Behind Presearch (PRE)

The Presearch (PRE) project was founded by Colin Pape. Colin is also the founder & CEO of Shopcity.com, a community commerce platform that connects local businesses with their consumers online.

Other important members of the Presearch (PRE) team are:

The Presearch team has achieved multiple milestones listed on its roadmap, that include reaching more than 2.3 million members and over 1.7 million daily queries, releasing a reward system, launching a token marketplace, getting the PRE token listed on several crypto exchanges, among others.

The future roadmap includes the addition of the following features:

The Presearch community members are rewarded with PRE tokens whenever they:

Initially, the reward system came without any restrictions; however, after some users abused the system, a rewards verification system (RVS) was put in place. This system detects abnormal search activity and blocks fraudulent activities to make sure that rewards are only offered to searches that provide real value to the end-user.

The Presearch engine runs on a decentralized technology using the power of decentralized nodes that are operated by its community members.

The Presearch engine offers an opportunity to marketers who want to display ads to the Presearch userbase. Unlike Google, where users have to create their Google Adsense account and pay fiat money to run ads on the search engine, Presearch allows advertisers to stake their PRE tokens to a keyword and rewards the ad slot to the advertiser who stakes the highest number of tokens.

One of the main selling points of the Presearch engine (PRE) is its data privacy policy. The platform claims that its engine does not store any user information as it runs on a decentralized network and qualifies as open-source software, unlike other search engines out there.

The Presearch engine offers a plethora of interactive search features. Users can use the Presearch search bar in addition to Google, YouTube, DuckDuckGo, CoinMarketCap, CoinGecko, Twitter, and many other custom search functionalities.
In addition to the variety of search functions, the main search engine of the platform provides comparatively better results. For example, when you search ‘Bitcoin’ you will get all the relevant info, statistics, and other important details right on the top. This saves the time of the end-users and helps them to get their information faster in comparison to other popular search engines available in the market.

The marketplace available on the Presearch platform can be used to buy PRE tokens. In a single transaction, a minimum of 1000 and a maximum of 25,000 PRE tokens can be acquired. To buy the PRE tokens, users can either use Bitcoin, Ethereum, or transfer USD through wire transfer.

PRE tokens operate as standard ERC20 blockchain tokens. It has a circulating supply of roughly 425 million PRE. The total supply was 1 billion previously, half of which was burned in April 2020. Now the PRE tokens have a maximum supply of 500,000,000.
The 500 million PRE tokens are allocated as follows:

The Presearch engine can easily prove to be a revolution in the world of search engines, despite the top search engines like Google, Yahoo, Bing, and others dominating the world right now. Google alone holds the share of 90% of the search engine market, which begs the question as to why the Presearch engine has a chance against such a mighty giant in the industry? The answer lies in one word: privacy.
Many major tech giants, including Google, were found by many authorities of several countries to have breached basic user privacy laws. Recently, Google and Amazon were fined $120 million and $42 million for dropping tracking cookies without the user’s consent. This is where the Presearch engine can make its mark by marketing itself as the only decentralized search engine that respects and protects data privacy and user’s consent. If the project emerges as the champion of private search engines, it can attract a huge influx of users, causing the price of the PRE token to skyrocket to $1.
A major competition can come from search engines that offer the same aspect of privacy, like DuckDuckGo; however, the reward system offered by the Presearch engine is where it can outrank its privacy-focused competitors as well.
PRE tokens are hosted on the Ethereum platform. The second-largest cryptocurrency in the world, Ethereum is all set to launch its Ethereum 2.0 update in the near future. This update would make the entire Ether network more stable and scalable, and provide faster and cheaper transactions, among other benefits, to all the projects hosted on its platform. When ETH 2.0 is launched, a large influx of crypto users is expected to jump on the Ether network, which may cause a significant rise in the price of (most) tokens hosted on the Ethereum platform, including PRE token.
At present, the PRE token is $0.3813 and the 24-hour chart seems to be moving in an upward trend.
The overall crypto market is currently volatile with the largest cryptocurrency, and most often the biggest indicator of the crypto market, Bitcoin (BTC) swinging between $44,800 and $48,500. The major alts are also showing signs of significant price action. Crypto analysts see this as a sign of high volatility, which means that despite the PRE token is currently moving in an upward trend, caution must be practiced before investing in any cryptocurrency under the current conditions.
2 people liked this article