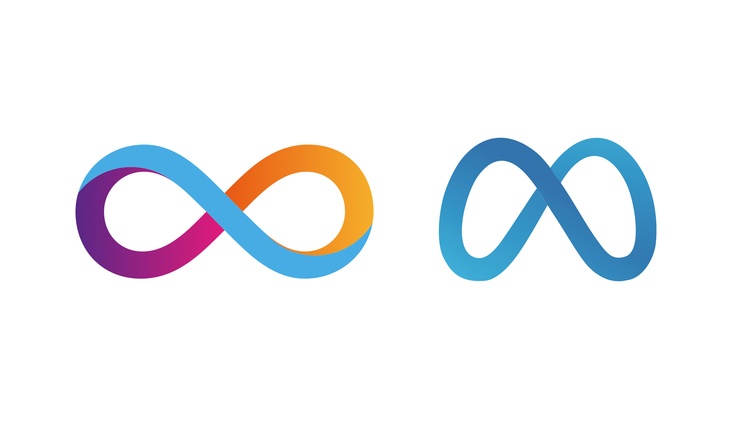 Meta — formerly known as Facebook — is being told to stop using its logo by a blockchain company.

The tech giant is facing legal action from the Dfinity Foundation, which claims Meta's infinity loop logo is too similar to its own.

And they claim that Meta's "sordid" record when it comes to user privacy could affect Dfinity's efforts to encourage people to embrace blockchain technology.

Dfinity may have the upper hand given how its organization was founded in 2016, and the federal trademark for its logo was filed two years after that.

The foundation is also worried given how Meta also plans to embrace blockchain technology — potentially adding another layer of confusion given how both companies would be involved in the same industry.

As well as urging Meta to stop using the logo immediately, Dfinity has requested an undisclosed sum of damages too.

In legal documents filed with the U.S. District Court in the Northern District of California, Dfinity's lawyers said:

"Meta and Dfinity seek to attract the same users, namely those who are looking for an innovative and different internet experience, created by users, for users. Further, both Meta and Dfinity utilize the same marketing channels such that consumers will likely encounter the marks through those same channels."

It's also alleged that Meta knew about Dfinity's trademark, but still chose to proceed with its application — and it's feared the blockchain platform "has lost or will lose revenue" as a result:

"Unlike Facebook’s (now Meta) centralized, closed system, Dfinity’s focus is on decentralization and interoperability. Any association between Dfinity and Meta would cause consumers, including users and developers, to question Dfinity’s core mission."