The world's richest man wants Twitter to build a payments business that generates $1.3 billion in revenue a year by 2028. Would crypto have a role in this? 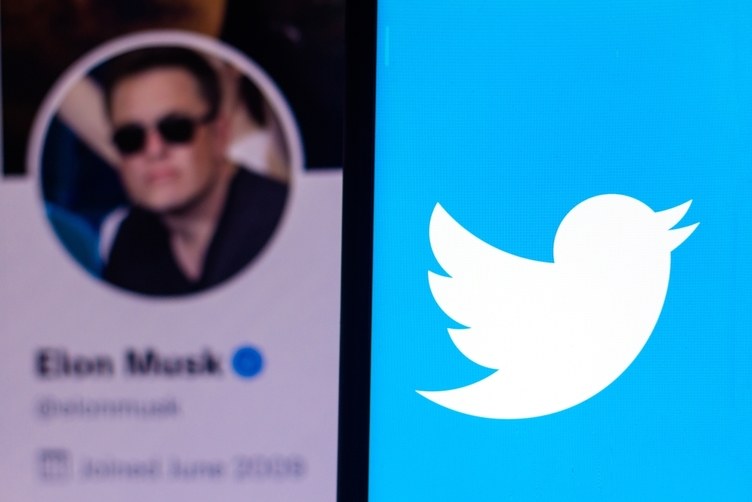 Elon Musk wants Twitter to generate $1.3 billion in revenue from a payments business by 2028, according to a pitch deck obtained by The New York Times.

Excerpts from the document, which has apparently been distributed to investors, suggests that the billionaire wants a greater number of transactions to take place through the social network.

While Twitter already offers a tipping feature that allows content creators to be rewarded with Bitcoin and Ether, the newspaper described it as a "negligible" part of the tech giant's overall business model.

The report indicates that Musk wants this payments business to bring in $15 million next year, and enjoy exponential growth after that — raising questions over whether crypto would play a role in this.

Musk's other ambitions include Twitter reaching revenues of $26.4 billion by 2028 — five times more than the $5 billion generated in 2021. And while advertising accounted for 90% of the company's turnover in 2020, the world's richest man wants to lower this to just 45% — with data licensing and subscriptions bringing in greater sums of cash.

Twitter Blue will likely be a core part of this strategy, where subscribers pay $3 a month to enjoy a greater degree of personalization. The pitch deck sets a target of attracting 931 million Twitter users by 2028 (compared with 217 million as of the end of 2021) — with 159 million people paying a monthly fee for access to Twitter Blue.

In past tweets, Musk has already suggested that he believes Twitter Blue should be cheaper than it is now — with users given the option to pay using Dogecoin.

Another intriguing detail concerns plans to launch a mysterious new product, which is only referred to as "X" on the pitch deck. There are signs that this could be a new tool that enables Twitter users to subscribe to an ad-free experience.

READ MORE: Musk is tweeting about dying 'in mysterious circumstances' — but why?

The pitch deck is detailed and ambitious — and it's clear that Elon Musk wants Twitter to become an even bigger force than it is now.

Given his track record at Tesla and SpaceX, the entrepreneur's innovative streak could propel the social network to new heights. However, Musk's determination to make Twitter a haven for free speech has prompted fears that toxicity on the platform could worsen — with users allowed to spread abuse and conspiracy theories unchecked.

Last week, Musk secured $7 billion in new financing for his Twitter deal, meaning he can rely less on his personal wealth. This includes $1 billion from Oracle co-founder and Tesla board member Larry Ellison, as well as $500 million from Binance, the owner of CoinMarketCap.

Many question marks over the deal remain — including whether Musk would serve as Twitter's CEO once the purchase is finalized later this year.

Crypto News
CoinMarketRecap Podcast: Listen to This Week's Crypto News!
It's an El Salvador special! So... was adopting Bitcoin as legal tender a good or a bad idea?
Por {{autor}}
1 year ago
1m
Crypto News
Jack Dorsey Reacts to Elon Musk's $44B Twitter Takeover
The former Twitter boss — who is now focusing on Bitcoin as CEO of Block — said Musk "is the singular solution I trust."
Por {{autor}}
5 months ago
2m
Crypto News
Kickstarter to Move Crowdfunding Site to Blockchain
Kickstarter's enthusiasm is palpable — and the platform believes "decentralization will result in innovation like we've never seen before, and that it's key to the future of crowdfunding."
Por {{autor}}
9 months ago
2m
See all articles