CoinMarketCap takes a deep dive into the AC Milan Fan Token (ACM), an Italian football team token that was created in a partnership with Socios.com to offer exclusive benefits to holders. 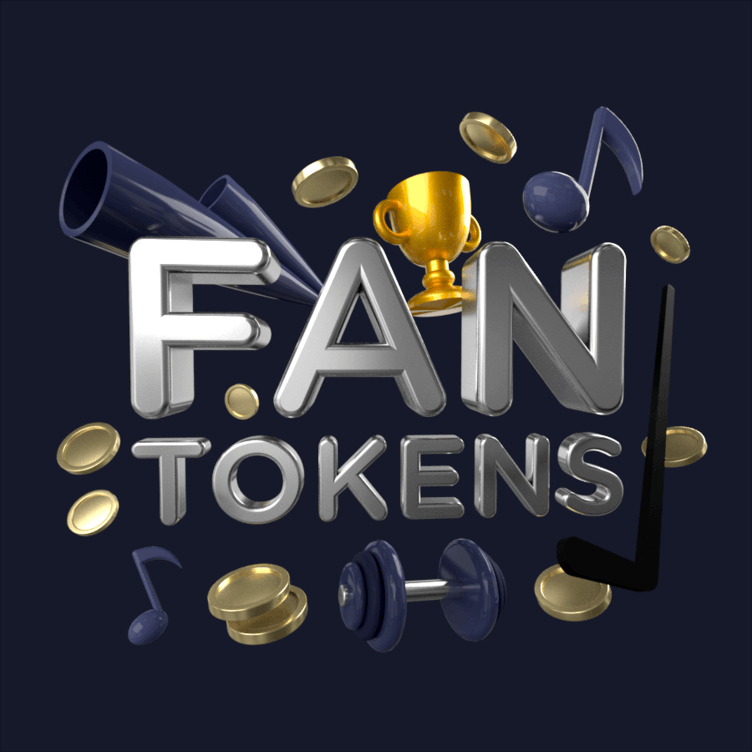 AC Milan Fan Token (ACM) belongs to the rapidly-growing football fan token family and has been released with the purpose of empowering the fans of the Italian football club to participate in club decisions. These decisions include voting rights on the club’s internal matters, exclusive discounts on match tickets, special prizes, and much more.
Like other sports fan tokens, ACM also works mainly as a membership card which provides access to various benefits. Holders of the ACM token enjoy exclusive rights within the AC Milan world and have a say on important club decisions.
Subscribe

The ACM utility token has been developed on the Chiliz blockchain and users can purchase the token by swapping $CHZ for $ACM. The Ethereum-based proof-of-authority sidechain, Chiliz chain, offers smart contracts which ACM holders can use to participate in fan decision polls that influence certain decisions of the Italian football club. The rewards are also distributed from the same application which ACM holders use to cast their votes.
AC Milan became the first football club to launch NFTs. On Sunday, October 31st, 100 limited edition NFTs were released to highlight the most memorable moment in AC Milan's game against AS Roma. The NFTs were then distributed to holders of $ACM fan tokens.
The ACM token was launched in January 2021 where the blockchain company, Chiliz, and AC Milan announced their partnership with Socios.com. One of the core reasons behind this partnership is to increase the global fan base of the Italian club and also boost its digital presence in the world of social media.
Casper Stylsvig, Chief Revenue Officer of AC Milan, said: "We are happy to join hands with Socios.com and welcome them to our family as a global partner. This partnership allows us to give our 450 million fans across the world another exciting way to interact with AC Milan, which is particularly important under the current circumstances created by the Covid-19 pandemic. As an innovative Club, one of our focus areas is modernization and this partnership helps us complete another important step in that direction."
Alexandre Dreyfus, CEO and Founder of Chiliz and Socios.com, said: "I'm delighted to welcome AC Milan and their 450 million fans from across the world to Socios.com. Fans of the Rossoneri will be able to enjoy unprecedented engagement with their favorite team, influencing the club in polls, accessing VIP rewards, exclusive promotions, chat forums, and much more. The AC Milan partnership is a great start to a year in which we will work harder than ever on our mission to fully establish Fan Tokens as the ultimate fan engagement tool and as a powerful new revenue generator for the sports industry."

Opinions of Fans on Club Decisions

Through smart contracts, ACM token holders can vote in a variety of fan decision polls provided by AC Milan. The Italian club is legally bound to act in line with poll results, and while the club is responsible for organizing polls, the supporters' vote is final.

On the Socios.com App, ACM token holders can earn fan rewards by taking quizzes, playing games, and voting on club matters. Benefits can include VIP access to all home league, cup, and European matches, as well as attending a game with a beloved club hero or even flying with the squad to a distant game.

As mentioned above, one of the core reasons behind the ACM token’s launch is to bring the fans of AC Milan from all over the world under one roof. The Socios.com app is a perfect mechanism for achieving this purpose. It will allow the fans to form a community and take the club to the next level.

Let Your Voice Be Heard With Just One ACM Token

Even if you own one $ACM token, your influence on the AC Milan team will still be counted. You’ll be eligible for fan rewards and exclusive discounts. However, for additional incentives, you must require more than just one ACM token.

Buying the $ACM token is pretty simple. All you have to do is sign up on the Socios app and buy the $CHZ token. Then swap them with ACM. When you have bought the ACM tokens, you automatically become a part of an encrypted ledger of voting and membership rights possession through the Socios.com app.
Of course, the highest number of ACM token holders will have a greater say in the club decisions as compared to those with a low quantity of ACM fan tokens. The higher token holders will also enjoy more VIP advantages as their clout rating increases over time.
Remember that you can only vote one time on a single poll conducted by AC Milan on the Socios.com app. However, the volume of your tokens will determine the weight of your vote. For example, person A with 100 tokens and person B with 200 tokens will not have the same amount of voting power.

ACM has a total token supply of 20,000,000 of which approximately 3,141,172 has been allocated to club supporters in a Fan Token Offering. AC Milan has the remaining tokens, which can be obtained by participating in community events via the Binance Launchpool, or by purchasing directly on exchanges. For more details, please read the Binance Research page of AC Milan Fan Token (ACM).

The Associazione Calcio Milan S.P.A., known popularly as AC Milan is one of the legendary clubs of Italian football. Founded in 1899, the AC Milan team has won a variety of accolades in its tenure of 122 years so far.
AC Milan is the fourth club with the most FIFA and UEFA trophies (jointly with Boca Juniors) and the most of any Italian club. Milan has seen victory in three Intercontinental Cups and one FIFA Club World Cup, as well as seven European Cup/Champions League crowns (an Italian record), five UEFA Super Cups, and the UEFA Cup Winners' Cup thrice. Milan is the third most successful team in Serie A, following local rivals Inter Milan (19 league titles) and Juventus (36 league titles). They've also won five Coppa Italia titles and seven Supercoppa Italiana titles.
Such a rich history of victories may invite a lot of major investors to invest in the ACM token. And although the current price of the token is hovering under $10, in the next bull run, we can expect the price to breach the $25 mark easily.
Furthermore, the price history and the moving averages of the ACM/USDT chart indicate that the coin has bottomed out and in the upcoming bull run, a move towards the upside is expected.
A great fundamental reason to invest in the ACM token is because of “big name” players in the team. At the moment, the player with the most followers in the football world is none other than the super-talented Zlatan Ibrahimović. The Swedish footballer always grabs the headlines and serves as a great marketing tool for any football club in the world. If the marketing team of AC Milan utilizes the 40-year old properly, it can do wonders for the ACM token.
At the end of the day, the ACM token is just a fan token and the Italian’s team performance is going to be a really good indicator whether it’ll go up or down. This coupled with the high volatility of the crypto market invites everyone to do their own research before investing in the coin.
This article contains links to third-party websites or other content for information purposes only (“Third-Party Sites”). The Third-Party Sites are not under the control of CoinMarketCap, and CoinMarketCap is not responsible for the content of any Third-Party Site, including without limitation any link contained in a Third-Party Site, or any changes or updates to a Third-Party Site. CoinMarketCap is providing these links to you only as a convenience, and the inclusion of any link does not imply endorsement, approval or recommendation by CoinMarketCap of the site or any association with its operators. This article is intended to be used and must be used for informational purposes only. It is important to do your own research and analysis before making any material decisions related to any of the products or services described. This article is not intended as, and shall not be construed as, financial advice. The views and opinions expressed in this article are the author’s [company’s] own and do not necessarily reflect those of CoinMarketCap. CoinMarketCap is not responsible for the success or authenticity of any project, we aim to act as a neutral informational resource for end-users.
5 people liked this article