Tiffany & Co. to Create 250 Luxury Pendants Based on CryptoPunks 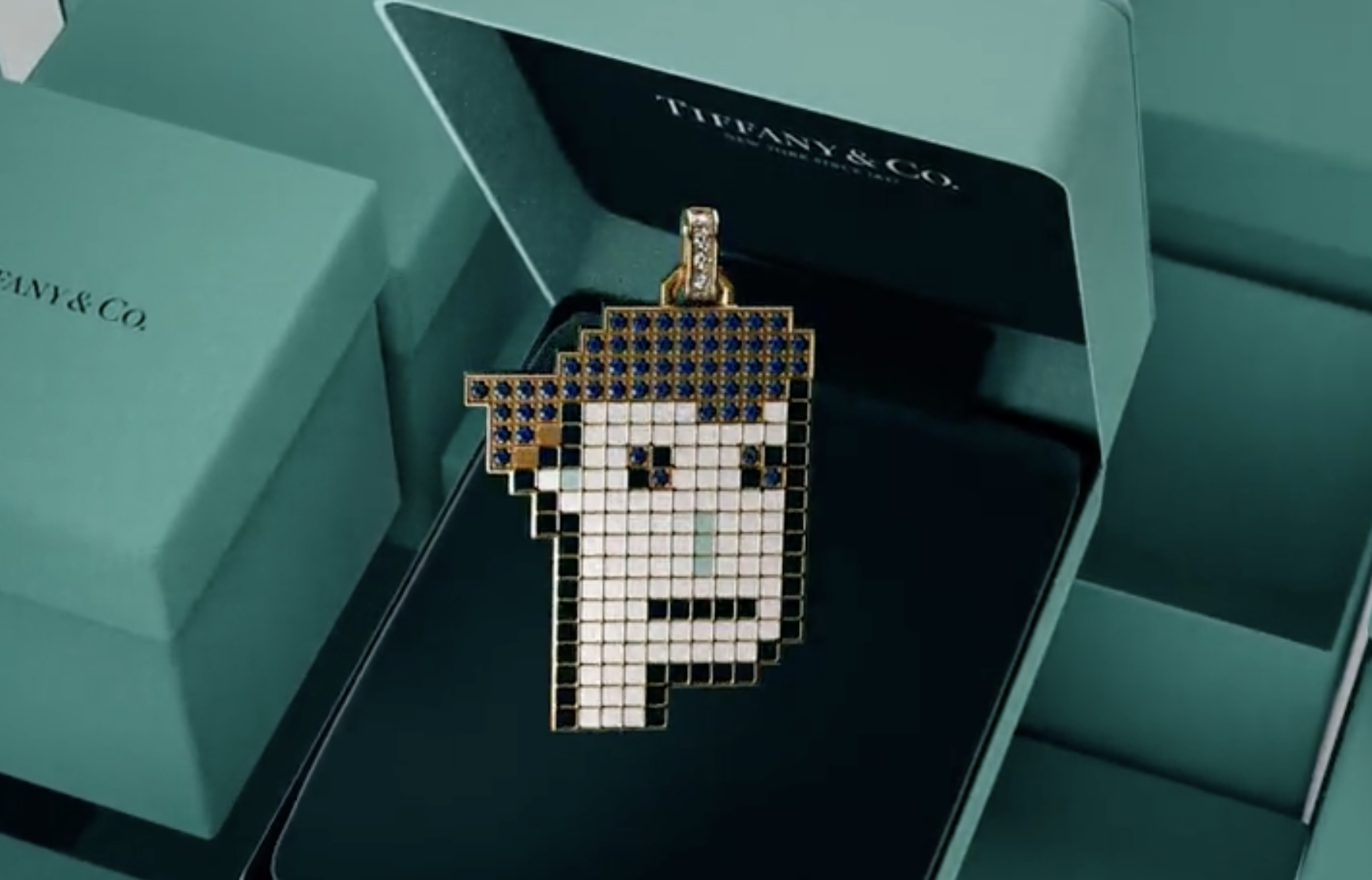 Owning a CryptoPunk is about to get a lot more exclusive.

The high-end jeweler Tiffany & Co. has just announced that it's entered into a brand-new partnership with this NFT collection.

Later this week, it's going to launch NFTiffs — a range of 250 digital passes that can be redeemed for a custom pendant that's based on a CryptoPunk character.

Each piece is set to boast at least 30 gemstones or diamonds — and explaining how it's all going to work in further detail, Tiffany & Co. said:

"Tiffany & Co. designers will interpret each CryptoPunk into custom-designed pendants — converting the 87 attributes and 159 colors that appear across the collection of 10,000 CryptoPunk NFTs to the most similar gemstone or enamel color."

Although there's little doubt that it would be a quality product — it is Tiffany's after all — those who purchase these digital passes "will not have the ability to participate in the design process or provide feedback on the render."

On the bright side though, a pretty fast turnaround is being promised, with a render of the CryptoPunk bling expected to be completed by October, with delivery of the finished product scheduled for early next year.

It's clear they've also thought long and hard about how to stay true to certain distinctive attributes. For example, 3D glasses are going to be created by leveraging baguette stones.

It's fascinating to see such a high-profile launch happen in the deepest depths of a bear market — when those who own CryptoPunks may not be feeling especially flush with cash.

The price floor for this NFT collection, in other words, the cheapest CryptoPunk that's available to buy, has fallen markedly in recent months. Their valuation has fallen in ETH terms — but to compound the problem, ETH has lost about 65% of its value over the past nine months.

Some burning questions have also emerged with this Tiffany & Co. collection. For example, if the proud owner of one of these pendants decided to sell their NFT, would they be expected to throw in the jewelry too?

It does seem that these digital passes are strictly available to CryptoPunks investors though — meaning someone won't be able to swoop in and get jewelry related to an NFT that they don't own. Purchasers will need to prove that they own the corresponding CryptoPunk, either by having it in the same wallet they use to purchase a pass, or submitting evidence that it's stored in an offline wallet.

NFTs
Logan Paul Slapped with Class Action Lawsuit By CryptoZoo Investor
A police officer from Texas says he invested $3,000 in the project — but the game "did not work and never existed."
By Connor Sephton
46m ago
2m
Bitcoin
Charlie Munger Goes Full 'Crypto Voldemort' in Calling For a Ban
Berkshire Hathaway's Vice Chairman said the U.S. should follow the example of China, which "wisely" banned all cryptocurrencies.
By Leo Jakobson
2h ago
3m
Altcoins
The Couch Doge Sat On is Being Auctioned Off
But rather awkwardly, bids are only being accepted in Ether... not DOGE.
By Leo Jakobson
2h ago
2m
See all articles