Liquidators are being accused of "baiting" the co-founders of Three Arrows Capital by claiming they are failing to cooperate with bankruptcy proceedings. 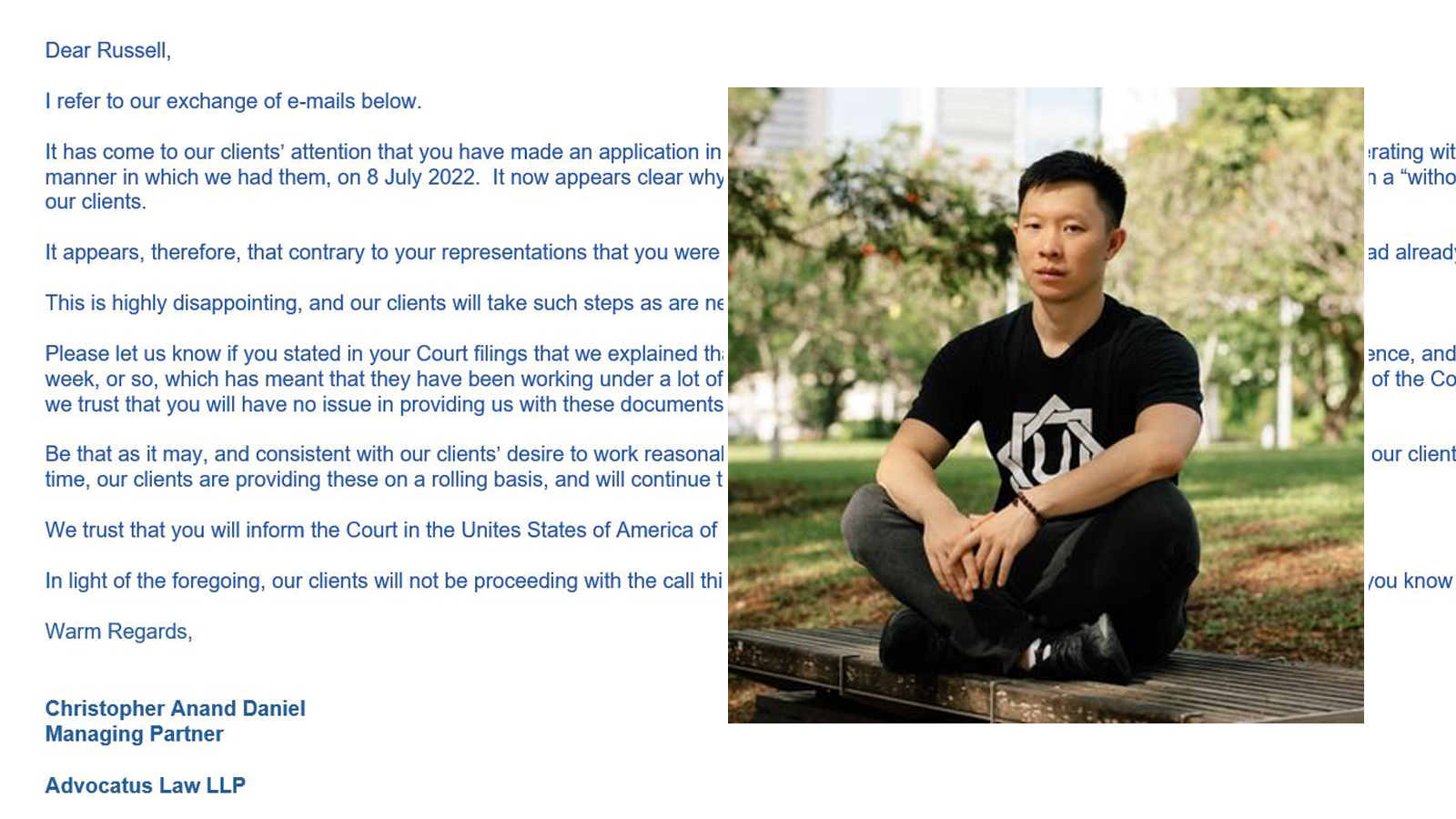 One of Three Arrows Capital's co-founders has lashed out at the liquidators handling bankruptcy proceedings.

Recently released court papers had claimed that the whereabouts of Kyle Davies and Zhu Su were unknown — and that the executives were yet to cooperate with the liquidation process.

But almost one month after his last tweet, Zhu Su hit back by sharing an email his lawyer has written to the liquidators.

The message accuses them of "baiting" 3AC's co-founders by claiming that there's a lack of cooperation, and insists this is far from the truth.

Christopher Anand Daniel claims that both executives have received threats of physical violence — and a need to field queries from the Monetary Authority of Singapore "meant they have been working under a lot of time pressure."

The lawyer also claims that these factors were explained in detail to the liquidators — and asks whether the current circumstances were fully explained within the court filings.

"Please immediately let us have copies of the court filings. Given that your filings appear to have been already given to the media, we trust that you will have no issue in providing us with these documents."

In the court papers filed in the U.S., liquidators also warned that there is a heightened risk that 3AC's remaining assets could be "dissipated," adding:

"A substantial portion of the Debtor’s assets are comprised of cash and digital assets, such as cryptocurrencies and non-fungible tokens, that are readily transferable."

The lawyer representing Zhu Su has appeared to try and tackle this by enclosing a spreadsheet that breaks down 3AC's current assets — and stressed that work is ongoing to retrieve the details of other assets.

Three Arrows Capital's demise came after the company failed to meet margin calls, and it's claimed that the once-prominent hedge fund owes $650 million to Voyager Digital.

That company has also embarked on bankruptcy proceedings, and has warned customers that they may not receive their cryptocurrency deposits back in full unless the funds from 3AC are recovered.

Some on Twitter had little sympathy for Su — accusing him of "playing the victim card in the court of public opinion."