This Investor Bought a Crypto Domain for $16 — and Sold It for $435,000. Here's How
Table of Contents
A High-Stakes Negotiation
Bitcoin

They were determined to receive 10 BTC for the coveted website name, which was desperately wanted by a "multibillion-dollar exchange." The high-stakes negotiation was nail biting. 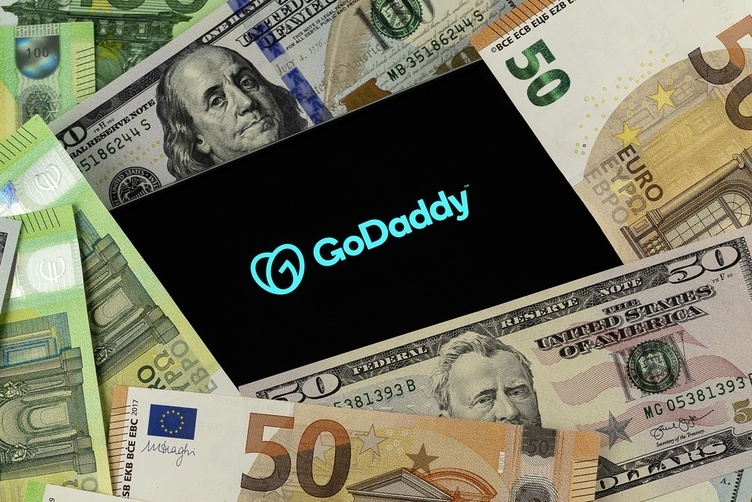 After receiving persistent messages, he told them that he was only prepared to sell the domain for 10 Bitcoin — worth $500,000 at the time.

Although he wasn't expecting a reply, GoDaddy eventually responded by saying they were willing to pay $200,000.

Explaining what happened next, @cryptofelon explained:

He doubled down by insisting that he wanted 10 BTC — and was warned this asking price "will more than likely scare the buyer away completely."

Screenshots of the GoDaddy email suggest the company tried to weaken his resolve — and said even major .US domain names often sell for far less, with video.us going under the hammer for $75,000… and jobs.us changing hands for $36,000. The representative wrote:

"It seems that you have very high expectations for this particular domain name. The reality is that the buyer's counteroffer would be a record-setting sales price … I get the sense that this .US domain name would probably be a 'nice to have' for the buyer, but I'm sure they can operate without it."

Unfortunately, @cryptofelon's insistence on being paid 10 BTC was met with radio silence — but a dip in the value of Bitcoin last September may have worked in their favor. A couple of weeks later, the determined domain owner wrote:

The negotiation continued, with GoDaddy replying that it might be able to convince the company to go up to $350,000 if @cryptofelon would shake hands on this amount. But as the Twitter thread explains:

And this is where things got exceedingly tense for @cryptofelon. He wrote:

There were a few days of silence as he waited to see whether his demand for $435,000 would be met — and as the agonizing wait continued, he had to resist the urge to email them again. "I wasn't going to reach out more than the one time I already had," he explained.

Finally — the email came through, and the buyer agreed that they were prepared to pay the full $435,000.

Sharing the screenshot that confirmed the offer was made — as well as the funds sitting prettily in this bank account — @cryptofelon said:

Crypto News
Elon Musk Urged to Reconsider Stance Towards Bitcoin
Bitcoin Magazine says "it's a bit ironic" that Tesla is concerned about BTC's energy sources.
6mo ago
2m
Crypto News
Three Arrows Capital Owes Money to CEO and Co-Founder's Wife, Court Papers Claim
These developments will likely cause outrage among everyday consumers who have been indirectly affected by Three Arrows Capital's collapse.
By Connor Sephton
2w ago
2m
Crypto News
Ripple Has a Potentially Important New Client
QNB, one of the largest banks in the Middle East and North Africa, will use RippleNet in a new offering that should dramatically cut the price overseas workers pay to send money home.
By Leo Jakobson
10mo ago
2m
See all articles