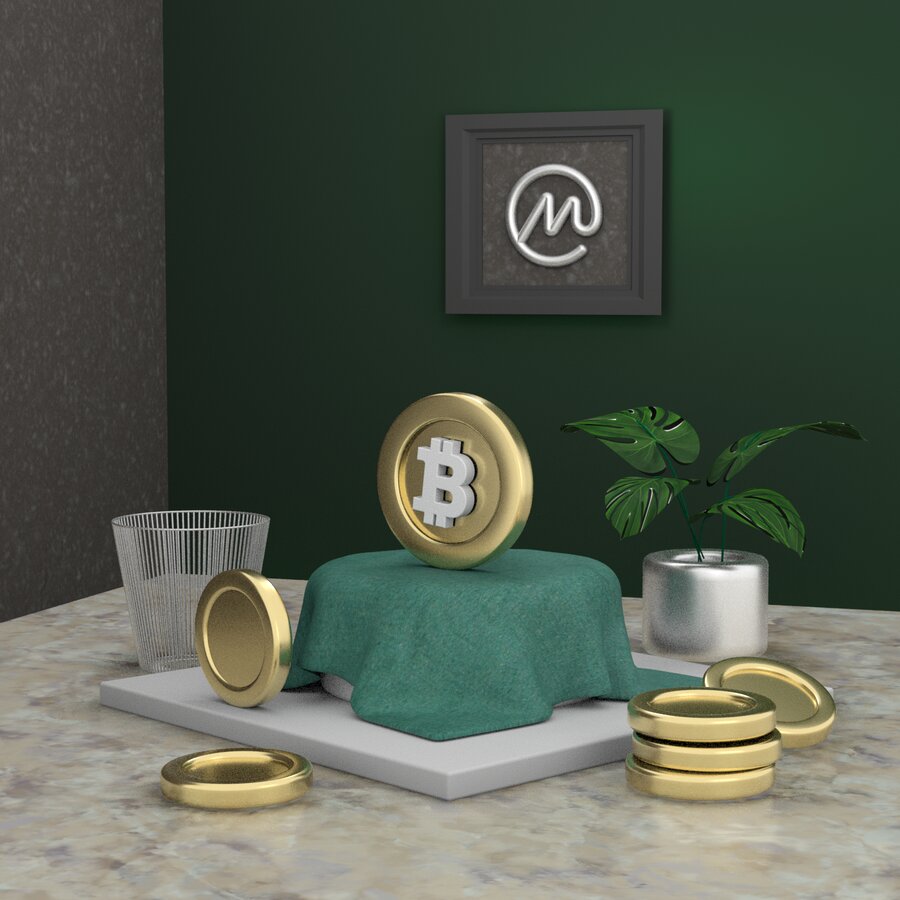 In our digital world, eCommerce is commerce. Financial value is exchanged for goods and services, and nearly all of this happens within centralized platforms.

The emergence of Web3 gave us the tools to transfer value over networks much like we had previously transferred information. Before long, the first-generation decentralized commerce platforms proved the technical feasibility of displacing their centralized counterparts — but at a price. These platforms introduced a degree of decentralization but retained the cost and friction of human arbitrators, and thus failed to address the needs of consumers.

Instead of building just another platform, what if we unbundled the services provided by eCommerce monoliths, and broke them down into basic elements? What if we rebuilt those elements as Web3 artifacts, individually atomic fragments of functionality, and collectively a composable, decentralized ecosystem for commerce? What if this ecosystem became, in fact, a public infrastructure for commerce: open, transparent, minimally extractive and resistant to capture? Most importantly, what will it take to build it?

This is the concept and ethos of dCommerce. In order to build it well, and avoid the pitfalls of the past, we will have to rely on collective intelligence. Great disruption will require great effort, and also a great community of experts, builders, and users.

Arguably the core function of any Web3 ecosystem is payments, and here solutions abound, from on-ramps and wallets, to stablecoins and other types of tokens. Payments enable us to purchase goods and services, represented by commitments from the seller to the buyer contained in Boson Protocol’s NFTs. The fulfilment of those commitments completes the exchange between the buyer and the seller, but it may require the help of couriers and other shipping companies to deliver the physical objects. These four primitives make up the very kernel of dCommerce.

Some exchanges will require the use of identity, ranging from full legal identity, for legal and compliance purposes, to simply a delivery address, or even less than that. Building on the foundations of Web3, dCommerce will enable anonymous commerce with assurances, where parties to a transaction can trust the system, without trusting an intermediary, or each other.

Sometimes, and depending on their perception of risk, sellers and buyers feel more comfortable when they articulate the mechanics of the exchange in a binding legal contract. Some of those contracts may be signed by organizations, on behalf of their stakeholders, rather than by individuals. Initially, those organizations may be corporations of the legacy world, but, increasingly, they will transition to DAOs.

Whenever a buyer and a seller disagree on the outcome of a transaction, they will enter a dispute. In legacy commerce, disputes are resolved by humans, but with Boson Protocol’s core exchange mechanism, their likelihood is reduced through clever application of game theory; some disputes will still require arbitration, and that arbitration may come from decentralized courts.

Existing Web3 market mechanisms will serve dCommerce well. A healthy market facilitates price discovery, and this is precisely what automated market makers (AMM) and exchange aggregators have been doing for a while now. Markets also seek out risk, and reduce risk through insurance products, which will be used to secure dCommerce transactions. Much like insurance, credit will be offered on-demand to buyers and sellers who need it. Reputation mechanisms facilitate all three market primitives; buyers and sellers with consistently honest behavior reduce the cost of insurance and credit, while sellers of quality goods and services may charge higher prices.

Quite often, and now more than ever, buyers want to know the provenance of the goods that they are purchasing. Fortunately, in the ever-accelerating Web3 world, we have a number of projects that support tracking of goods and services throughout the entire supply chain.

Web3 marketing schemes already exist, and rely on Web2 channels such as the Brave browser. In the near future, and with the benefits of composability, dCommerce will develop native methods of acquiring and retaining users through Web3-first instruments, initially managed, and later autonomous through tools such as Autonomous Economic Agents,  intelligent software agents acting on their owner's behalf with goal to generate economic value for their owner

The final primitive is data. It underpins all other primitives, and therefore all of dCommerce. Instead of capturing users’ data and separating them from the value it creates, dCommerce will incentivize voluntary sharing by providing users with an equitable distribution of the proceeds from monetizing their data, should they choose to.

As dCommerce evolves, so will the implementations of its primitives, and so will the use cases that rely on them. Natural inception points will be Web3-native markets such as the Metaverse (a collective virtual shared space) and NFT art. Made by, and for Web3 natives, they will require fewest components to build, and offer ready supply and demand.

Not long after, dCommerce will be able to serve games. We predict that NFTs will soon transcend their native environment and power in-game purchases, both digital and physical, in mainstream AAA titles for platforms such as Xbox and PlayStation.

While not a complex vertical, social media will become important because it will demonstrate the real power of dCommerce over eCommerce. Social networks likely won’t require complex or highly evolved dCommerce primitives, but their users will — for the first time — be able to give, sell or exchange real-world goods, services and experiences, much like they send emojis today, just by pressing a button to transfer a Thing Token or a commitment NFT to a friend or a loved one. Thing Tokens plug into DeFi infrastructure, enabling liquid digital markets for any Thing.

While the rest of the world has been steadily moving on from Web2 and into Web3, dCommerce will, at least for a while, travel in the opposite direction. Conceived in, and created for Web3, it will first need to connect and interact with Web2, as this is where the majority of supply and demand is. Furthermore, Web2 is where eCommerce incumbents operate their extractive monopolies, and therefore a place that dCommerce can change by introducing a fairer, trust-minimized infrastructure for the exchange of goods and services.

The intermediate goal is to serve fully generic marketplaces as the most complex use case for dCommerce. Anything can be sold, regardless of size, value, volume, frequency, regulation, perishability and geography. Every eventuality needs to be taken into account.

From there on, convergence of Autonomous Economic Agents with DeFi markets for Things will become the new nexus for supply and demand, gradually reducing our reliance on marketplaces.

A Look Into the Future

Perhaps the most novel feature of dCommerce is that — in a sense, and at its edges — it helps dematerialize physical products into uniquely attributed digital artifacts that travel through networks like information (Web1) or value (Web3), and rematerialize at the other end.

And precisely because physical objects could be treated a little bit more like information or money, it’s likely that we will learn to use them in new ways. We will certainly be able to create secondary markets for all Things, not only commodities. Just as importantly, we will be able to analyze these markets and behaviours to understand and fulfil our own needs much better.

Autonomous economic agents will study our past behavior, and learn how to act on our behalf, therefore freeing us from making decisions, seeking out products, getting funds and worrying about delivery and quality. Much along the same lines, we will be able to analyze entire markets and jurisdictions, and learn where our money works best, or how to position our businesses and products.

From there on, we foresee dCommerce moving on from the B2C realm, and into B2B, supporting wholesale and trade finance. And after that? Who knows… 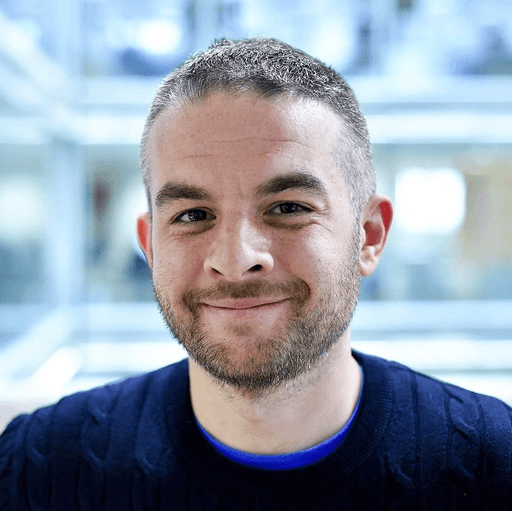 Blockchain innovation and ventures. I am passionate about technology and finance, economics and entrepreneurship, commerce and sustainability. 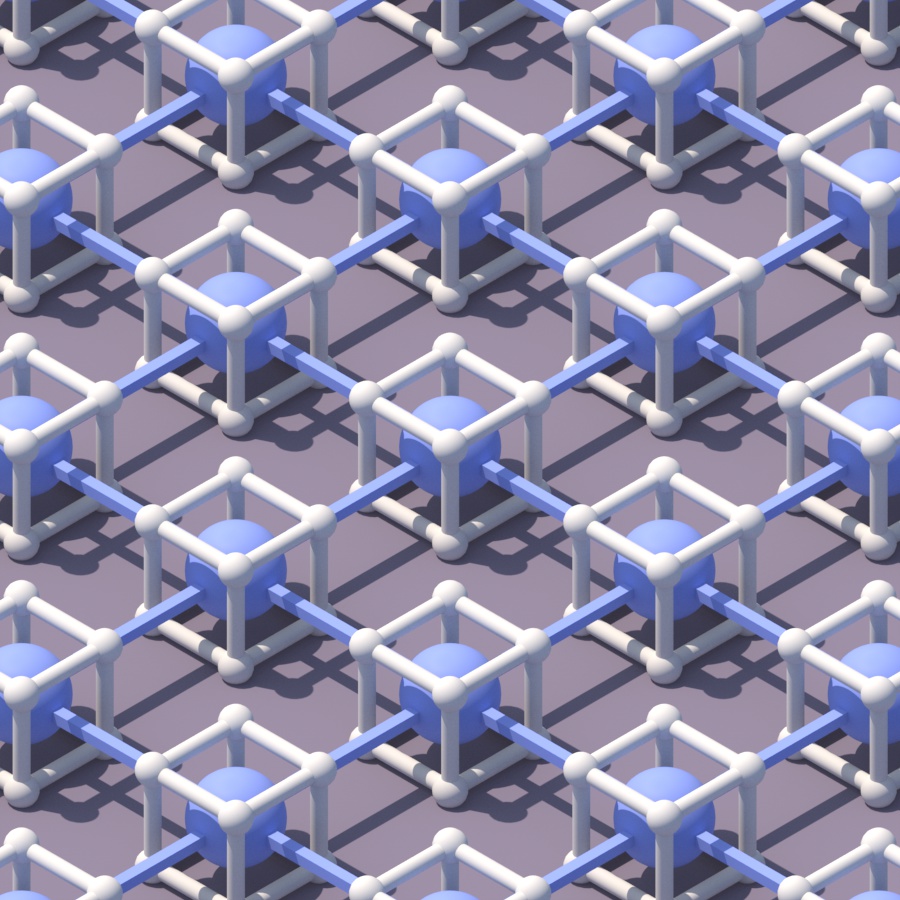 CoinMarketCap takes a deep dive into a project that aims to aggregate decentralized file storage. 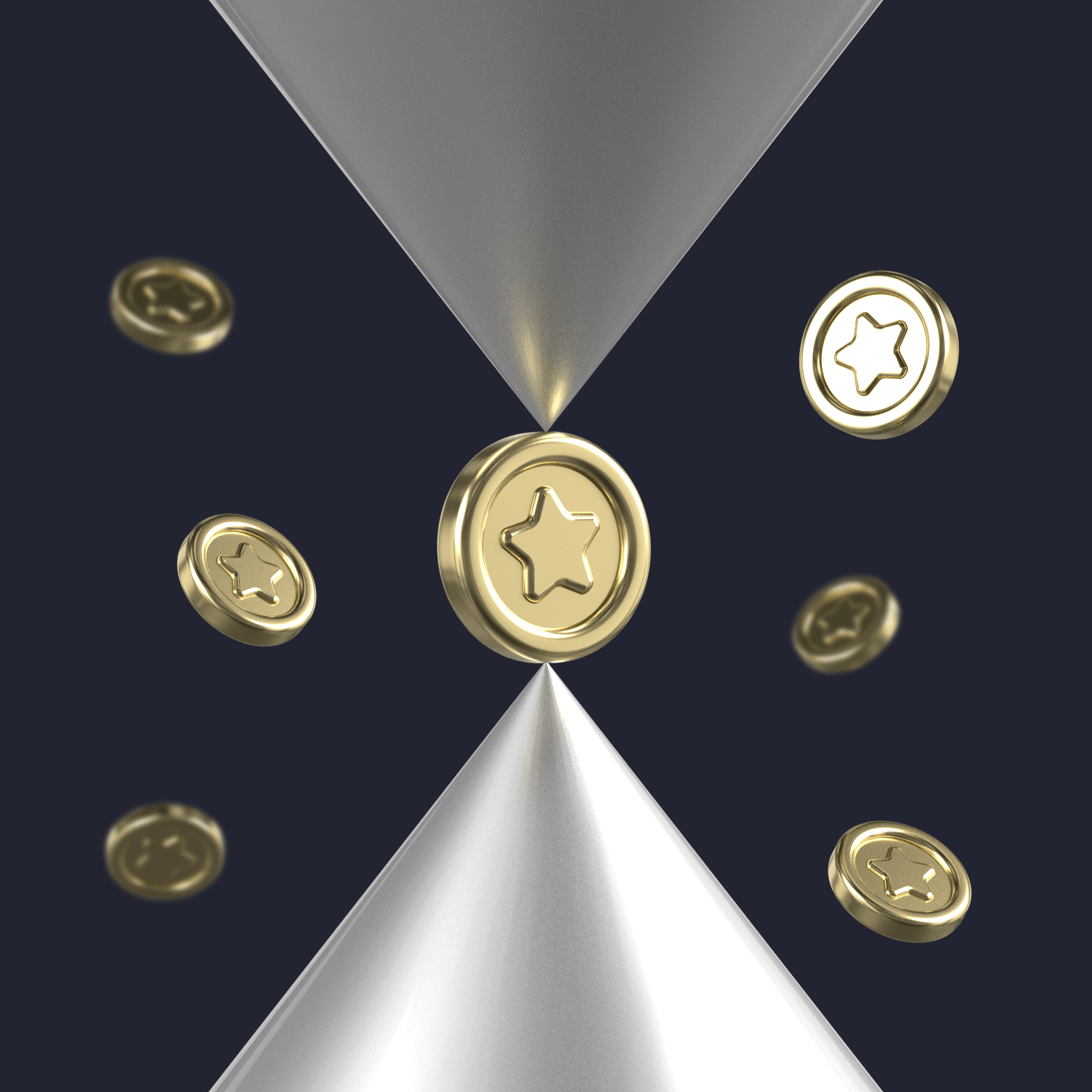 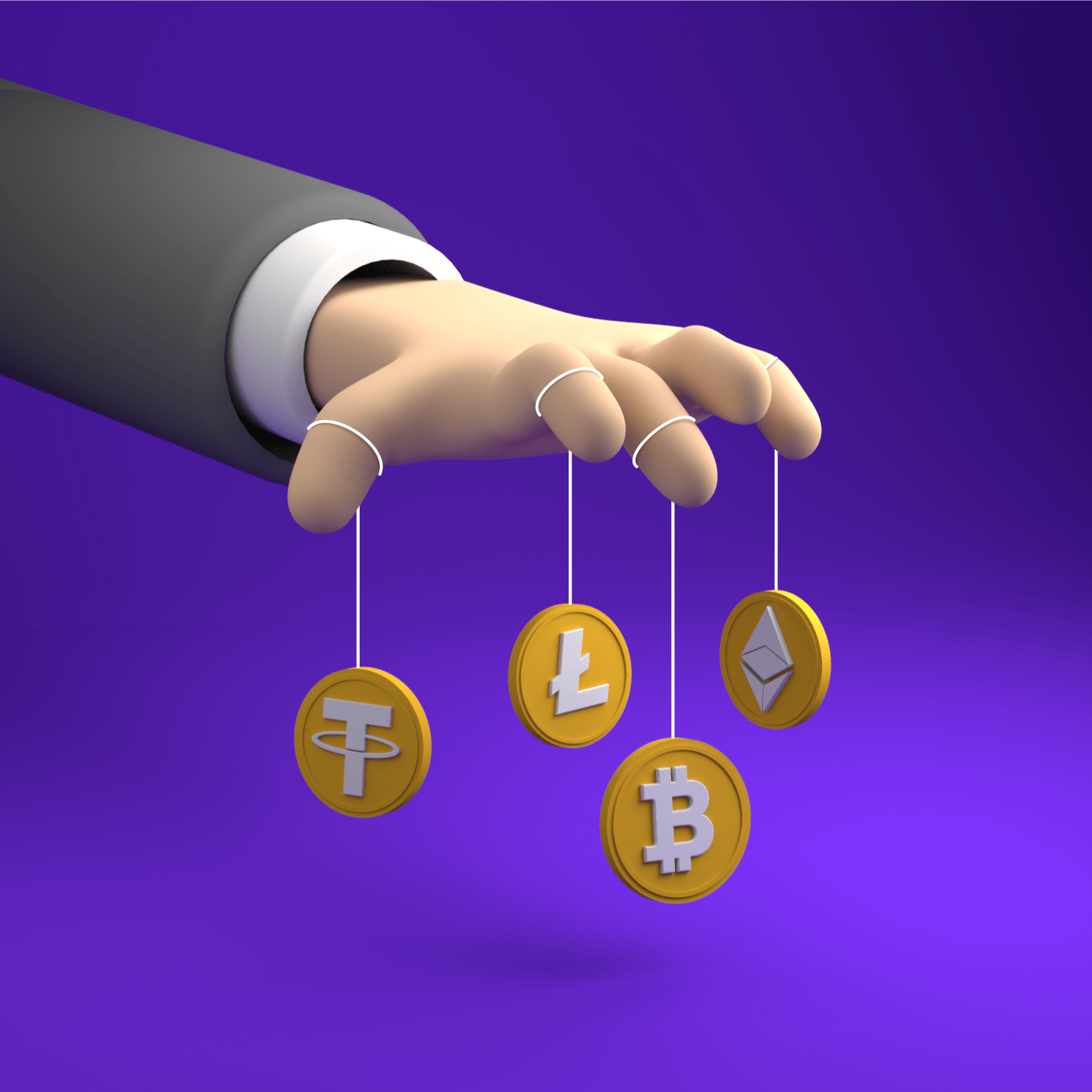 A Dive Into Wash Trading

CoinMarketCap's Head of Research explains why wash trading bugs him so much, and how measuring liquidity can even the playing field.