Is this the perfect time for bottom fishing? Let’s see which Web 3.0 coins are showing signs of strength! 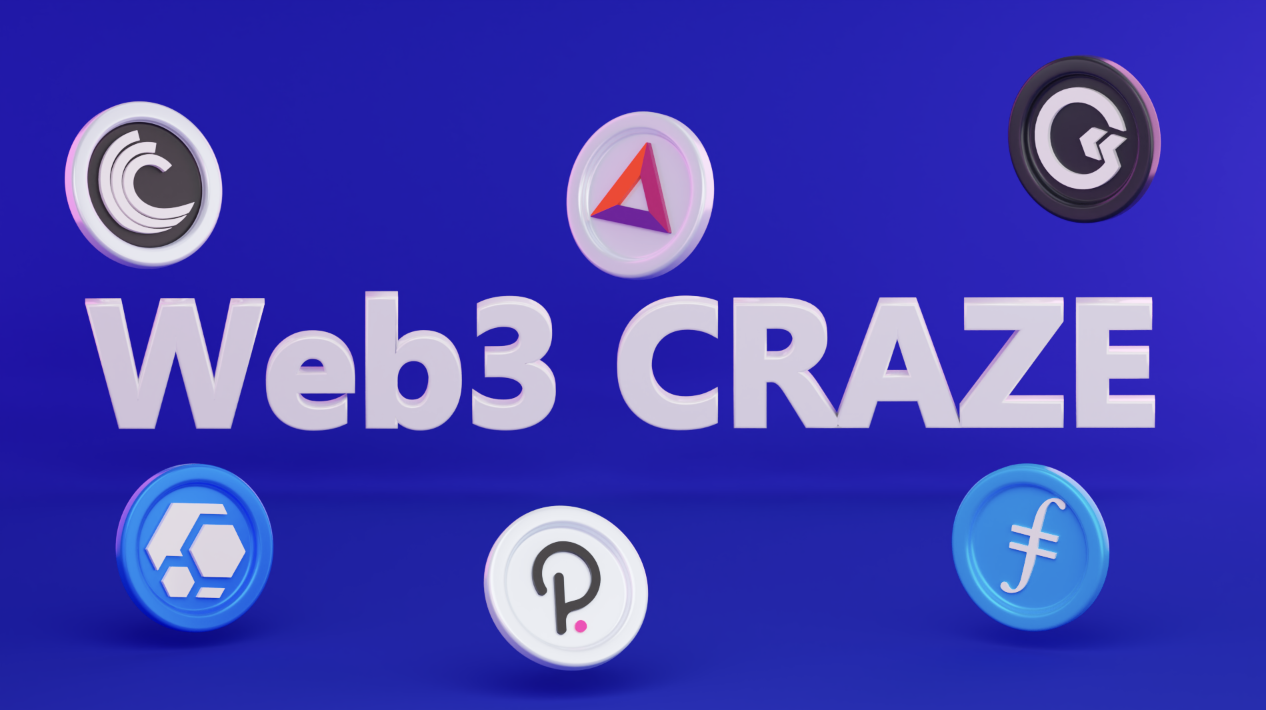 With global markets tumbling down last week, Bitcoin has been unable to register a strong reversal from the crucial support at $30,000. Earlier this week, a strong 7% rally indicated the return of the bulls. However, within just a day, Bitcoin was back trading in the same zone as it was in last week's analysis.
In this week's technical analysis, we will look at some popular coins and tokens from the web3 category that may be worth having in your portfolios once a strong reversal is seen!

Bitcoin has been consolidating in a tight range between $28,500 and $32,000 for the past few weeks which could be an indication that a significantly volatile move may be seen soon. After an unexpected rally of 7.5% on Monday, Bitcoin broke out for a very short period from the range however the breakout was not sustained and it was back below the $30,000 mark after just a day, hence, investors must refrain from any fresh buys until the $32,000 mark is captured by the bulls. It is still too early to say which side Bitcoin could end up breaking out of after the breakout on Monday failed, however, traders should be cautious of high volatility in the coming weeks!

In the past week, several coins we analyzed tried breaking out of the tight ranges that they were trading in; however, they were rejected as the greater market was not able to support the bullish moves. This week we will analyze which tokens are relatively stronger and could see a strong rally once the Bitcoin bulls are able to reclaim the $31,000 mark. We will stick to the 4H chart just like last week to keep a closer eye on the price action from last week.

GMT is a coin to watch out for as it has a trend of giving huge moves after consolidating in tight ranges as it has for the past few weeks.
In its previous bull run, GMT consolidated in a similar fashion before hitting new highs. However, it is also important to note that before GMT collapsed in price by over 50% at the start of this month it also consolidated in the same manner. Therefore, traders must be cautious as GMT is unable to break back in the range which is a sign of weakness.
GMT has been trading in the range of $1.25 and $1.75 for the past few weeks and that changed this week when it broke down to the $0.81 level. It is looking like the bears are well in control of GMT after it collapsed by over 15% on Wednesday. It would be safer for investors to stay away from the token until it is able to climb back into the range of $1.25.

Traders should not expect any powerful moves until a close on the 4H chart above $1,75 is seen. If GMT breaks the demand zone at $80, expect a strong bearish move towards $0.55.

DOT is trading at the same price level as it was last week thus the overall price analysis will be consistent with that of last week.

A bullish bias can only be ascertained once a close above the $10.75 level is seen. A clear path to the next resistance at $14 can be seen, however, at the moment, the bulls seem to be too weak to break the resistance. Traders should steer clear of taking any positions until the resistance is cleared.

In last week's analysis, we advised investors to stay away from taking any positions in BTT, which seems to be the case this week as well. BTT broke down from the crucial support that it had formed before recovering back to the range. Things do not seem to get any better for BTT holders as it is about to break the support once again and may not recover as easily as it did last week!

After the free-fall seen earlier this month, BTT has not recovered any of the losses as it was still trading near the price zone as it was after the fall. Another free fall could be witnessed in BTT if it breaks the support level thus investors should steer clear from BTT for the time being.

Investors should look to buy BTT only once it is able to close above the tight range and is able to sustain for at least 2-3 candles to narrow down the chances of a false breakdown.

BAT has formed a bearish divergence on the 4H timeframe which could result in BAT breaking the support at $0.37 and heading towards the February 2021 low. At the moment any long positions should be avoided in BAT as it is not able to flip the resistance which could be a sign of weakness.

If a close above $0.44 is seen expect a strong impulsive move however if another rejection is seen it could end with BAT breaking the support at $0.37.

FLUX seems to have started its next leg in its downtrend after it gave up all the gains from the rally last week. FLUX had one last resistance that it failed to break which could be the reason for the sharp drop in price seen this week.

Investors must be prudent as FLUX is still trading in a zone and is being constantly rejected from each side which is resulting in FLUX trading in a sideways trend.

A strong bullish move can only be expected once FLUX is able to break out of the resistance at $0.8 through a strong closing on the 4H chart. It is looking like FLUX is relatively the strongest out of all the web 3.0 tokens!

In last week's analysis, we had asked investors to stay clear of FIL and it is looking like this may be the case once again. FIL tried breaking out of the supply zone, however, it failed right after showing major weakness in the price and it is looking like it is on the verge of breaking crucial support at $7.30. A break of this support will aggregate a sharp drop in price thus investors must be careful.

FIL is forming a bearish RSI divergence which is indicating that the support could be broken soon which may result in FIL heading for new lows soon.

A close below $8 in the 4H time frame may mark the start of the next leg. Therefore, investors should stay clear of FIL for the moment.

A quick recap of all the coins-

Trading Analysis
TI Weekly Research - Great Delivery Day
TokenInsight reports on the great crypto options expiry of June 25th. What can this tell us about the future prices of cryptos like Bitcoin and Ethereum?
By TokenInsight
1yr ago
6m
Trading
Goldman Sachs, Galaxy Digital Announce Milestone Over-The-Counter Crypto Trade
From a flashy useless digital asset used by criminals to a store of value with potential use cases, how Bitcoin is changing the mindset of institutional investors after a decade?
By Sarah Ahmed
5mo ago
7m
Trading Analysis
The Shadow of "Stagflation" Spreads Many Countries, Investment Institutions Increase Crypto Inves...
This week, TokenInsight takes a look at the current crypto bull run and what's going on with Bitcoin ETFs.
By TokenInsight
11mo ago
4m
See all articles