The comedy also takes aim at Reese Witherspoon, Gwyneth Paltrow, Naomi Osaka and Larry David — who have all endorsed cryptocurrencies in one way or another. 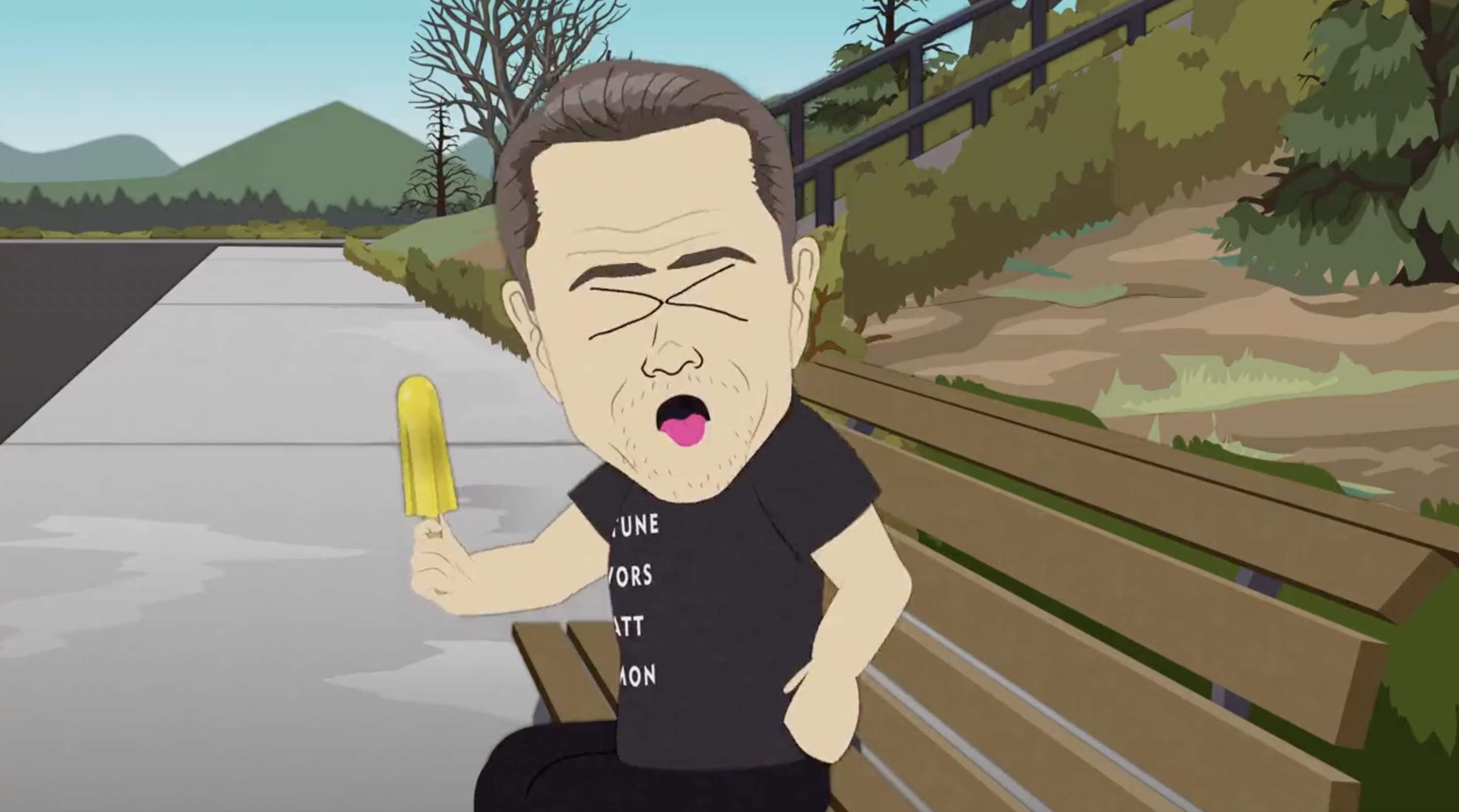 The long-running animated comedy has made cryptocurrencies the butt of its jokes many times before.

And in this latest sketch, "Matt Damon" is seen telling viewers that they need to start drinking their own urine because of a massive drought.

The character declares that pee can be used to water lawns and even take showers, but is seen wincing when he turns on the tap.

It doesn't stop here — with the clip getting increasingly surreal.

Damon's then seen bringing a forkful of wee-infused spaghetti to his lips and retching, before whispering "fortune favors the brave" to himself and taking a mouthful.

He similarly suffers through a frozen pee ice lolly, and the joint threat of an Impossible Burger and a drink of urine at Burger King.

Reese Witherspoon, Gwyneth Paltrow, Naomi Osaka and Larry David — who have all endorsed cryptocurrencies in one way or another — are also sent up in the latest episode. And yes, this also involves them extolling the benefits of pee.

"Fortune favors the brave" was widely mocked as a tagline — not least because some ads appeared to draw parallels between the moon landing and buying some Bitcoin.

"My dad said he listened to Matt Damon and lost all his money."

The crypto roast appears in The Streaming Wars Part 2, which is on Paramount+.