The Solana blockchain was one of the most successful "Ethereum killers" until its close connection to and support by Sam Bankman-Fried undercut trust. 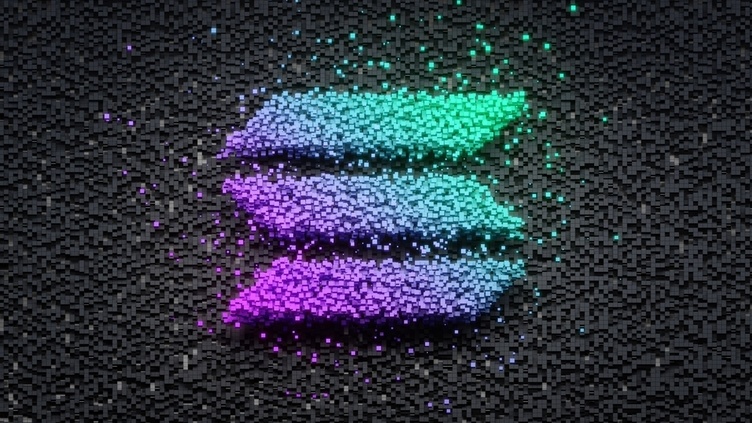 Crushed late last year by its close association with disgraced FTX CEO Sam Bankman-Fried, the Solana blockchain staged a roaring comeback — rising 60% over the last week and nearly 300% in the past three weeks.

Still, SOL has a ways to go to make up the ground it lost as FTX collapsed into bankruptcy. Between Nov. 6, when Binance CEO Changpeng "CZ" Zhao announced his exchange was selling off all of its FTX-issued FTT tokens and Nov. 9, when Zhao announced he wouldn't buy FTX to save it from collapse, SOL lost two thirds of its value. CoinMarketCap is owned by Binance.
FTX declared bankruptcy on Nov. 11, and Bankman-Fried was arrested in The Bahamas on Dec. 12.

Bankman-Fried was a strong supporter of the Solana ecosystem, and had backed it heavily. While the Solana Foundation had no more than $1 million locked in the FTX bankruptcy, it nonetheless lost heavily, as its treasury was rich with Bankman-Fried stock and tokens.

On Nov. 1, those FTT tokens were worth almost $90 million; now they're worth less than $9 million. The SRM tokens also collapsed with FTX, down about 80%, but staged a big comeback this weekend, regaining more than half of what it lost on Jan. 14.

But just Bankman-Fried's support was damaging. On Nov. 18, Tether announced it was burning $1 billion worth of Solana-based USDT stablecoins to move them to Ethereum. A day earlier, exchanges Binance, OKX and Bybit announced they  would no longer accept the Solana versions of USDC and USDT without explanation — although Binance backtracked on USDT (SOL).

Serum was the main liquidity provider in the Solana DeFi ecosystem, but it had to shut down when FTX was hacked for $477 million during its transition into bankruptcy, as it was discovered that a private key that would let hackers introduce code changes was stored at FTX and had to be considered compromised. It was hard-forked, reopening as OpenBook but still using the SRM token.

Solana had already been plagued with problems, most notably a series of major outages dating back more than a year.

These have raised reliability questions to the point that in September, ​​Solana co-founder Anatoly Yakovenko admitted that they were the blockchain's "curse."
And in October, a leading Solana DEX and crypto lending DeFi Protocol, Mango Markets was hit with a $114 million exploit that drained its coffers and forced it to freeze deposits and withdrawals. It reopened after the hacker revealed himself to be Avraham Eisenberg, who called the attack a "highly profitable trading strategy" and claimed it was legal.
He nonetheless agreed to give back $67 million for a promise not to press charges. While the Mango Markets team agreed, the U.S. Department of Justice did not, and arrested Eisenberg for market manipulation on Dec. 23.
2 people liked this article

Crypto News
CoinMarketCap News, Feb 3: Doge's Couch Up for Auction... But Bids Aren't Accepted in DOGE
Also today, a top rapper is going to headline a virtual Super Bowl concert in the metaverse.
By Connor Sephton
3h ago
3m
Crypto News
Podcast: Warren Buffett's Right-Hand Man Rips Into Crypto in Newspaper Article
Also today, want to buy the couch that Doge sat on in THAT picture? Now you can.
By Connor Sephton
3h ago
1m
NFTs
Mastercard's NFT Lead Quits — and Accuses Company of Harassment
Satvik Sethi has minted his resignation letter as an NFT — and has claimed that, at times, he had to "beg across the hierarchy" to get his salary.
By Connor Sephton
5h ago
2m
See all articles