Bored Ape #8398 was stolen from his wallet in a phishing attack earlier this month. There's one problem: this NFT was about to play a starring role in a new TV show. 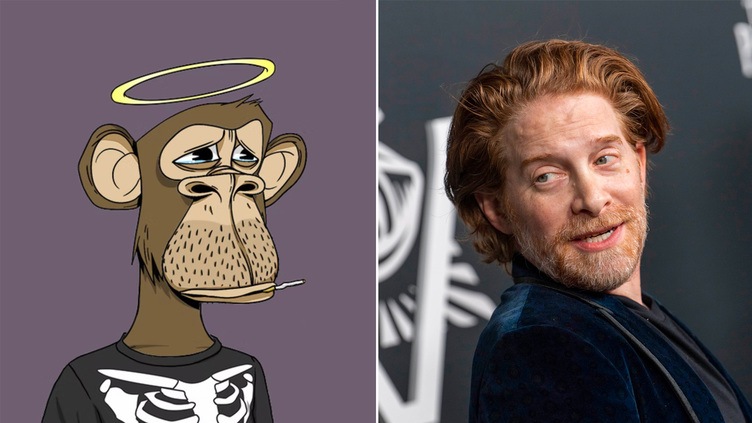 Seth Green has had some pretty rotten luck recently.

Earlier this month, the actor revealed that four of his precious non-fungible tokens had been stolen — including a prized Bored Ape.

But there's a bigger problem with the audacious theft of Bored Ape #8398: this distinctive character was about to play a starring role in a new TV show.

Green was targeted as he attempted to mint a GutterCat clone NFT, but the unlucky celebrity had inadvertently used a scam website that raided his wallet.

Given how he no longer has control over the Bored Ape, questions are being raised over whether the new owner could launch a lawsuit against him — even though he was the victim of a crime.

The terms and conditions put forward by Yuga Labs, who created Bored Ape Yacht Club, are unusually quiet on the issue — they don't mention whether thieves still have the rights to use the image however they please.

And to make matters worse, it's entirely possible that the person who now owns the NFT — known only as @DarkWing84 — bought the collectible in good faith from the hacker, is completely unaware that it was actually stolen.

Unfortunately, Green has already taken great strides to launch his NFT-themed show — known as White Horse Tavern — and a (not very good) trailer for the program was presented at a conference organized by Gary Vaynerchuk in recent days.

Of course, this is all uncharted waters… but some legal experts believe that current laws can apply here, and that it's unlikely Green would face any intellectual property battle if he proceeded with the show.

Speaking about the theft during the VeeCon conference, the actor told Vaynerchuk:

"Days before — his name is Fred by the way — days before he’s set to make his world debut, he’s literally kidnapped."

Green has been trying to reach out to @DarkWing84 to reach some sort of a deal, but it's unclear whether or not the actor's received a response.

BuzzFeed News highlighted the actor's intellectual property dilemma in an article — prompting him to insist that he's protected, and will do whatever it takes to reclaim what's rightfully his.

"A buyer who purchased stolen art with real money and refuses to return it is not legally entitled to exploitation usage of the underlying IP. It’ll go to court, but I’d prefer to meet @DarkWing84 before that. Seems we’d have lots in common."

OpenSea has taken steps to ensure that the NFTs cannot be listed or resold on its platform, but that wouldn't stop the collectibles from changing hands elsewhere.

Crypto News
Has Elon Musk Just Changed His Tone about Investing in Crypto?
"I think people should not invest their life savings in cryptocurrency, to be clear," he says in a new TMZ video.
By Connor Sephton
1yr ago
2m
Crypto News
Bitcoin (BTC) Price Up Amid Russian Troop 'Pullback'
The U.S. had expressed concern that Russia was planning to invade Ukraine in a matter of days — with more than 100,000 troops building up around the country's borders.
By Connor Sephton
7mo ago
2m
Crypto News
Elon Musk Suffers Big Setback over Tweets — and Sells $4B of Tesla Stock
The world's richest man says he has no further plans to offload stock in the electric vehicle company, which saw $126 billion wiped from its value in a single day this week.
By Connor Sephton
5mo ago
1m
See all articles