Nayib Bukele Slams U.S. — and Says They Are 'Afraid' After El Salvador Made Bitcoin Legal Tender

Lawmakers in Washington have proposed a new bill that would require U.S. officials to investigate the impact that El Salvador's use of BTC could have on the American economy. 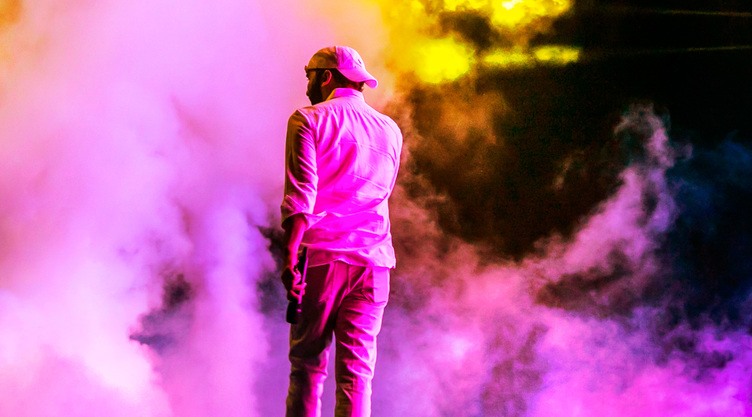 Nayib Bukele has claimed that the U.S. government is "afraid" after El Salvador adopted Bitcoin as legal tender.

Lawmakers in Washington have proposed a new bill that would require U.S. officials to investigate the impact that El Salvador's use of BTC could have on the American economy.

President Bukele shared screenshots of the bill's wording, and slammed the U.S. for getting involved in another country's affairs, writing:

Bukele also retweeted criticism from some of his followers. One accused the U.S. of hypocrisy given how it is "worrying" about a $60 million investment in another country when it is trillions of dollars in debt.

The Accountability for Cryptocurrency in El Salvador Act — known as ACES for short — is due to be voted on by the U.S. Senate after it passed the committee stage yesterday.

If approved, U.S. agencies would have 60 days to submit a report detailing how El Salvador developed and enacted the Bitcoin Law, the regulatory framework that is being followed for cryptocurrency transactions, the impact that BTC has had on consumers and businesses, and whether the country could use Bitcoin to sidestep economic sanctions.

Within 90 days, a plan would be required "to mitigate risks to the U.S. financial system" that are posed by El Salvador's law, too. Bukele wrote:

"Never in my wildest dreams would I have thought that the US Government would be afraid of what we are doing here."

Bukele has been a staunch critic of countries and international bodies that have questioned his move to make Bitcoin legal tender — including Canada, the U.K. and the International Monetary Fund.

U.S. Senator Jim Risch, ranking member on the Senate's Foreign Relations Committee, welcomed the bill's passage in a statement on Wednesday in which he said:

"As El Salvador has adopted Bitcoin as legal tender, it’s important we understand and mitigate potential risks to the U.S. financial system. Our legislation passed by committee today requires the State Department to coordinate with Treasury and other federal agencies to examine and mitigate these risks, including any potential empowerment of malign actors like China and organized criminal organizations."

The president has also sought to quell speculation that El Salvador's planned Bitcoin bonds are going to be subject to a lengthy delay.

He dismissed a Reuters report on the delay as "FUD" — despite the fact that it included quotes from El Salvador's finance minister.

Alejandro Zelaya blamed Russia's invasion of Ukraine for the delay in an interview with a local television station, and said the Central American nation wanted to wait until market conditions were more favorable. He went on to suggest that the bonds would now be issued by September at the latest.

Expressing determination that the bonds will hit the market soon, Bukele wrote:

"The Bitcoin Volcano Bonds will be issued with Bitfinex. The short delay in the issuance is only because we are prioritizing internal pension reform and we have to send that to Congress before."

Bukele also confirmed that he is meeting Binance CEO Changpeng Zhao in El Salvador today, but the release of volcano bonds is not on the agenda. Binance is the owner of CoinMarketCap.

Crypto News
24/7 Emergency Hotline Launched for Victims of Crypto Hacks and Ransomware Attacks
It's hoped this new hotline will ensure no time is wasted in the hours that immediately follow an attack.
By Connor Sephton
3mo ago
2m
Crypto News
Podcast: Bitcoin Sinks to $20,000 as Search for the Bottom Continues
Also today, MicroStrategy is feeling the heat, Coinbase is laying off 1,100 staff... and some traders try an unusual method to relieve stress.
By Connor Sephton
3mo ago
1m
Crypto News
Mt. Gox Rehabilitation Plan Approved
All of this marks the end of a seven-and-a-half year wait for compensation for the tens of thousands of people who had accounts at Mt. Gox.
By Connor Sephton
11mo ago
2m
See all articles