From the Rubble of FTX’s Bankruptcy, Winners Emerge
Crypto News

From the Rubble of FTX’s Bankruptcy, Winners Emerge

DeFi has been a big winner in the collapse of the No. 2 centralized exchange FTX. 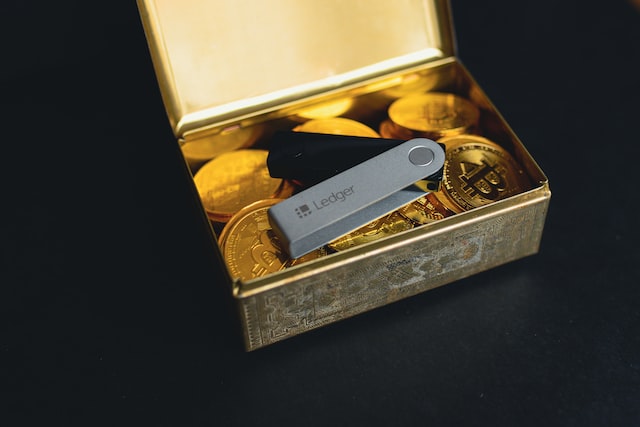 DeFi has been a big winner in the collapse of the No. 2 centralized exchange FTX, with DEXs and decentralized lenders seeing big user and transaction volume spikes, while sales of the top hardware cold wallets have set records.

While the losers in the bankruptcy of Sam Bankman-Fried’s FTX are legion, there have also been winners.

Two of the most notable are decentralized exchanges (DEXs) and self-custody hardware cold wallets.

In the case of the former, there was a substantial outflow of tokens, particularly Ethereum, to DEXs, just as centralized exchanges saw a big outflow, data analytics platform Nansen showed, CoinDesk reported.

DEX’s daily volume also spiked as FTX started collapsing, quadrupling to well over $8 billion on Nov. 10, according to Dune Analytics.
Uniswap, the largest DEX, saw users up 19% and transactions up 21%, while Uniswap Labs noted on Twitter that its daily new transacting wallets are up 55%, a 2022 high.

“Self-custody and transparency are in demand and users are flocking to what they know and trust,” it said. “Let’s keep building.”

The company, which supports the DEX’s protocol, sought to ride that wave, suggesting that “[u]sers already know that swapping tokens is as easy as sending an email” — a pushback against the idea that DEXs are complex.

Nansen showed that over the past week, centralized exchanges Binance, Coinbase, Crypto.com, Gate.io, Gemini, Huobi, Kraken, KuCoin, OKX and Paxos saw a combined outflow of $6.33 billion — although FTX and FTX US were included in those numbers, but obviously they abruptly halted withdrawals last week.

As for DeFi lending protocols — where competing centralized lenders saw a spate of bankruptcies earlier this year — Compound’s users were up 50% and transactions 115%, Aave’s up 70% and 99%,and yearn.finance’s up 41% and 91%.

And while the transactions spike didn’t last, there’s a fairly good likelihood the customers will.

Meanwhile, hardware wallets used for self-custody have seen a spike in sales, with Trezor telling Cointelegraph on Nov. 15 that sales spiked 300% over the previous week.

“We expect this trend to continue in the short to mid term, as the contagion of FTX failure continues to unwind and Bitcoin or cryptocurrency holders lose trust in custodians and finally start to explore their options to self-custody their digital assets,” its brand ambassador Josef Tetek said.

Ledger saw the same thing, with CEO Pascal Gauthier telling Decrypt on Nov. 15 that “[l]ast week saw Ledger's highest sales week in history. Sunday was our single highest day of sales ever. Until Monday, when we beat our all-time high again. He added:

“The message is clear: people are realizing that we must return to decentralization and to self-custody. ‘Not your keys, not your coins.’ A saying as old as crypto itself, but it has never been more relevant."

Data analytics firm Glassnode tweeted on Nov. 15 that the “fallout of the #FTX collapse appears to be a dramatic shift towards self-custody, especially for $BTC and $ETH.”