Facebook whistleblower Frances Haugen warned that Meta will repeat the same errors it made during her stint when the company was still called Facebook. 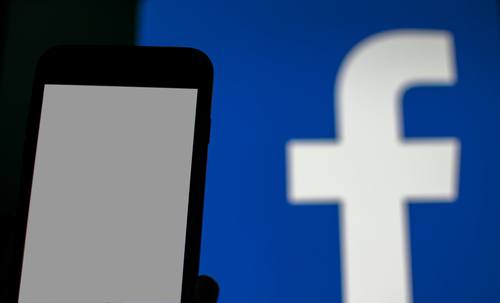 Nobody feels comfortable with someone else looking over their shoulder unasked. But it's even worse if you cannot see the other party doing that.

However, that is pretty much was Facebook was doing, as was evidenced by Frances Haugen, a former employee and whistleblower that leaked thousands of internal documents from Facebook to the Securities and Exchange Commission (SEC) and The Wall Street Journal. She is worried that history may be repeating itself with the company's pivot to the metaverse. Haugen said during an interview with Politico:

"They've made very grandiose promises about how there's safety-by-design in the Metaverse. But if they don't commit to transparency and access and other accountability measures, I can imagine just seeing a repeat of all the harms you currently see on Facebook."

She was concerned that Meta was not only making promises that it is not planning to deliver on but that its excessive power directly interferes with users' privacy. By building a lot of infrastructures, Meta puts itself in a position of total control:

"I'm super concerned about how many sensors are involved. When we do the Metaverse, we have to put lots more microphones from Facebook; lots more other kinds of sensors into our homes."

Haugen is not the only one that has a bad feeling about this.

A study showed that 70% of users are concerned about Meta's commitment to privacy. They're joined by tech executives like Andy Yen, CEO of ProtonMail, an email service provider focused on encryption, and Yat Siu, CEO of Animoca Brands.

Siu said that he sees Meta as a "threat" to the open metaverse and expects the company to try and build a closed metaverse where it controls all the data — the opposite of what it should be.

Equally, Yen warned that Meta's excessive capabilities in data collection will only grow bigger with the rise of VR and AR, which lets companies collect a lot more personal data. According to him, Meta should not be trusted with that kind of power:

"At the end of the day, their business model revolves on taking your data and monetizing it. So, there is fundamentally always going to be a conflict between what they say and what they actually have to do to make money."

However, at the end of the day, it will be down to users choosing what they want — a potentially China-style tech dystopia or the free but chaotic metaverse built in a decentralized way?

Crypto News
CoinMarketCap News, June 13: Crypto Market Cap Below $1 Trillion as Coins Crash and Celsius Panics
Bitcoin has wiped all of its gains from the past 18 months — and things might be about to get even worse.
By Connor Sephton
2mo ago
3m
Crypto News
Couple Who Lost $700,000 Attack Coinbase
The exchange is now launching 24/7 phone lines for customer service — but a couple who lost their life savings in a phishing attack say much more needs to be done.
By Connor Sephton
10mo ago
3m
Crypto News
Cuban Government Allows Central Bank to Legalize Crypto Economy
The Cuban government has granted its central bank the power to legalize and regulate the crypto economy, albeit with no definitive deadline.
By Andrey Kartsev
11mo ago
3m
See all articles