CZ Would 'Probably' Join Twitter's Board if Elon Musk Asks

Seeming lukewarm about the idea, Binance's CEO noted that he would join the board only as a favor to Musk. 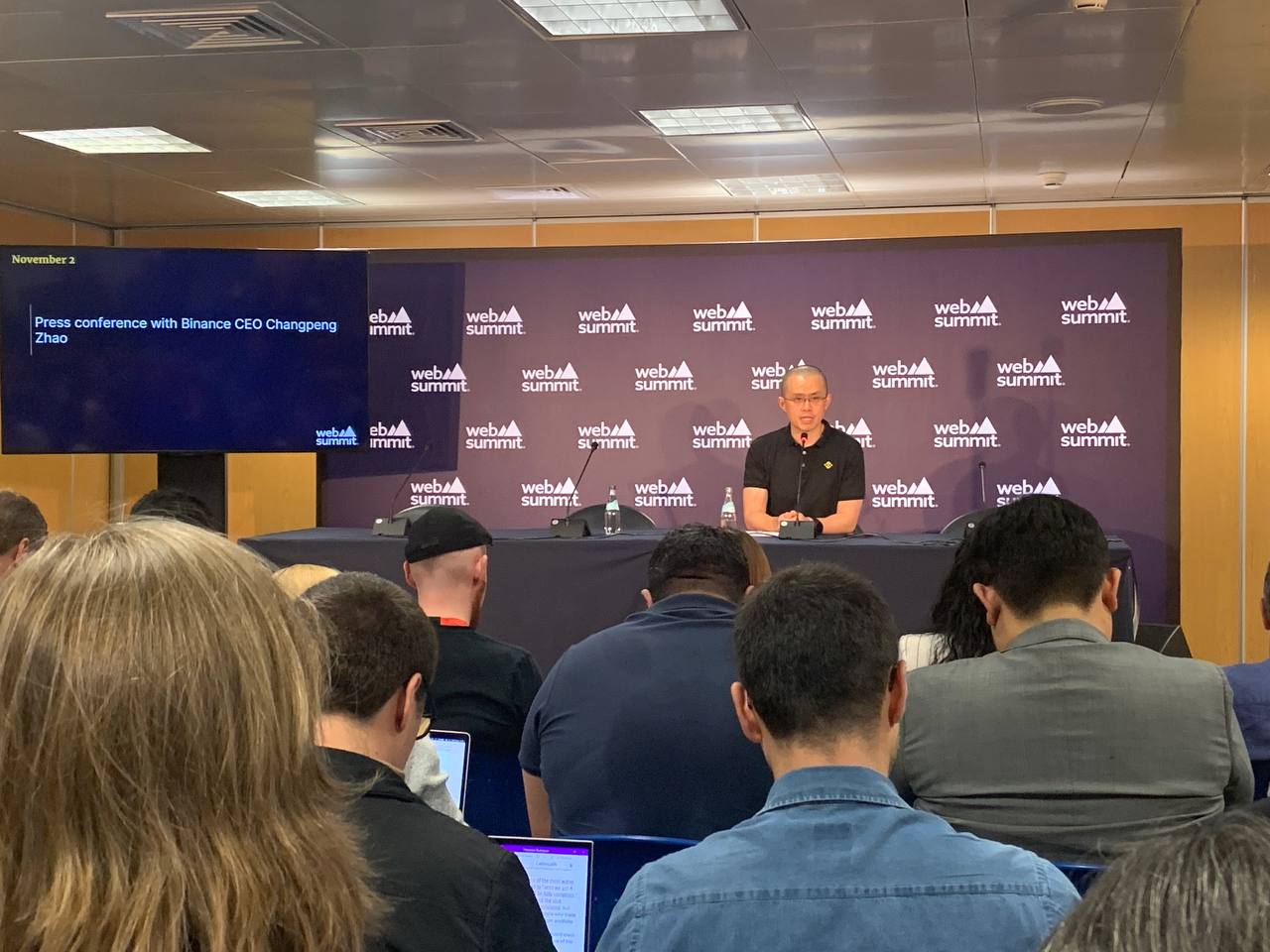 During a press conference at the WebSummit conference in Lisbon, Binance CEO Changpeng "CZ" Zhao said that he would join Twitter's board of directors if Elon Musk asked him.

Musk had proposed to purchase the social media site for $44 billion back in April 2022, but it took until last week for the deal to be finalized due to Musk’s multiple legal flip-flops over Twitter's alleged underreported levels of bots.

Crypto exchange Binance contributed a $500 million investment to the deal, along with 19 other equity investors.

Since Musk's acquisition of Twitter last week went through, he has fired a large number of high-level positions, including its CEO, CFO and policy chief.

Musk also dissolved Twitter's board of directors, leaving himself as sole director as well as current CEO.

And while he has not spoken (or tweeted) publicly about who he plans to have on his new board, journalists have questioned whether Binance's founder would have a place considering the exchange's $500 million investment.

When asked about the possibility of joining Musk's Twitter board, CZ told reporters at WebSummit that he is not aware that Musk has yet made any decisions, although he noted that Musk had floated ideas in a chat about potential DOGE integrations and charging for blue check marks.

Joking that Musk was still too busy to appoint a new board because he "has a lot of people to fire," CZ then stressed that Binance is a minority investor with only a little bit over a 1% stake in the deal and thus unlikely to be considered for a seat.

"If he asks me to do it, I probably will do it as a favor. But it's not something that I’m dying to do."

Earlier this week, we reported on Musk's "war room" at Twitter HQ of tech investors and venture capitalists, including a16z general partner Sriram Krishnan.
In a separate interview on CNBC's Squawk Box, CZ (who was not in the war room) had noted that it was important for Binance to play a role in shaping Twitter's Web3 policy:

"We want to make sure that crypto has a seat at the table when it comes to free speech [...] We want to help bring Twitter into Web3 when they are ready."

For many in the crypto space, the development of central bank digital currencies is very worrying indeed.

Some Bitcoiners fear that they could be used to control how people spend their money — with a common example including restrictions on flights to clamp down on climate change.

While CZ has previously warned most CBDCs are "going to have a lot of control attached to them," he doesn't believe they are a threat to the crypto space.

In fact, he thinks they could actually help validate blockchain technology and win round skeptics. Speaking at the Web Summit in Lisbon, he said:

"Is it a threat to Binance or other cryptocurrencies? I don’t think so. I very much think that the more we have, the better."

CZ also pointed out that while Bitcoin has a fixed supply of 21 million coins, central bank digital currencies would continue to be inflationary.

Crypto News
Judge Asked to Tighten SBF's Bail Conditions After He Messages Potential Trial Witnesses on Signal
Sam Bankman-Fried reached out to the current general counsel of FTX US with a proposal to "vet things with each other" — raising alarm bells with prosecutors.
By Connor Sephton
8h ago
3m
Crypto News
Law Firm Overseeing FTX Bankruptcy Could Make Hundreds of Millions of Dollars
Sullivan & Cromwell has more than 150 people working on the case — and 30 of them charge over $2,000 per hour. Associates are paid a minimum of $810 per hour.
By Connor Sephton
8h ago
1m
Crypto News
Man Jailed After Stealing $2.5M of IOTA from Over 100 Investors
Wybo Wiersma, a Dutchman living in the United Kingdom, had established a website called iotaseed.io, which apparently allowed people to generate a secure seed phrase.
By Connor Sephton
8h ago
1m
See all articles