It took four hours for the British Army to regain control of its accounts, and needless to say, it's a rather embarrassing security breach. 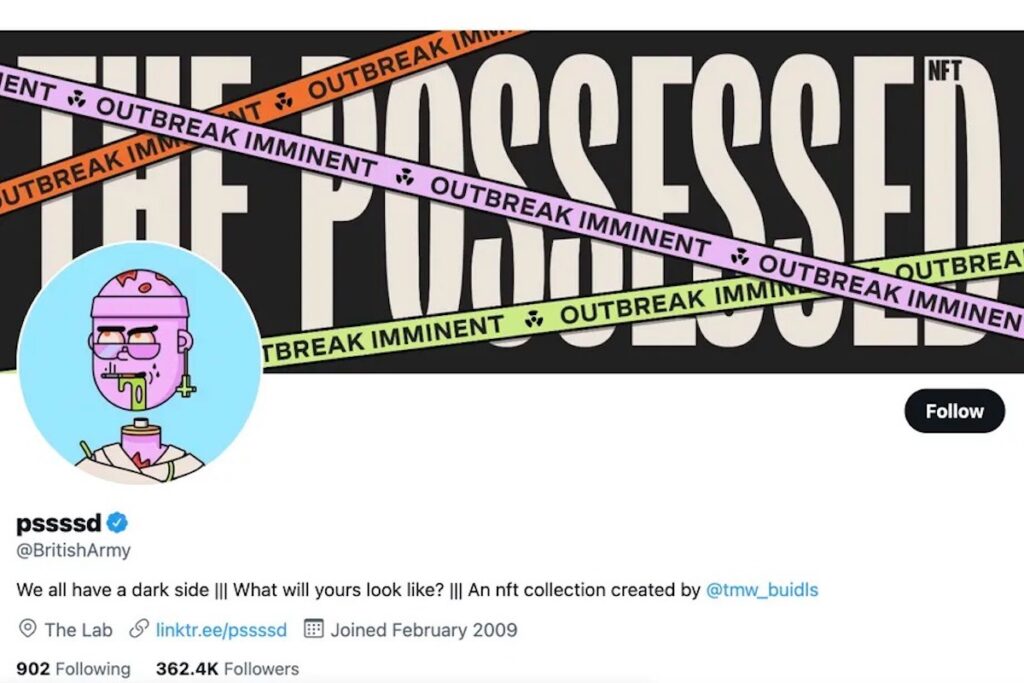 The Army's Twitter profile was bombarded with posts about NFTs — and at one point, the account's official name was changed to BAPESCLAN and The Possessed.

While both of these collections are legitimate, it's highly likely that the hackers were trying to deceive followers in an attempt to drain their wallets.

Worryingly, its YouTube channel was also affected, and its name was changed to mimic a legitimate company called Ark Invest.

A series of streams were then posted to make it seem like Elon Musk and Cathie Wood were holding live conservations and discussing why Bitcoin and Ether are going to "explode" in 2022.

At one point, more than 20,000 people were watching these broadcasts — fueling fears that some viewers may have fallen victim to a crypto scam.

It took four hours for the British Army to regain control of its accounts, and needless to say, it's a rather embarrassing security breach. In a statement, the Ministry of Defence said:

"The Army takes information security extremely seriously and until their investigation is complete it would be inappropriate to comment further."

Tobias Ellwood, a Conservative Member of Parliament who chairs the House of Commons Defence Select Committee, said the breach looked serious — and he called on the results of the investigation to be shared, as well as the steps that will be taken to prevent this happening again.

The hack comes as the U.K. explores plans to become a global cryptoasset hub — and mere days after a parliamentary committee questioned researchers, journalists and businesses on the "current and possible future uses of blockchain technology."

Crypto News
FTX Asks To Subpoena Sam Bankman-Fried, His Family and Top Lieutenants
The executives and lawyers seeking to unwind FTX's abysmally recorded assets have complained that they are getting no cooperation.
By Leo Jakobson
21h ago
3m
NFTs
NFT Contest in Nike's Web3 Venue .Swoosh Offers Designers Access and Royalties
The virtual sneaker design contest will pair winners with Nike designers to create virtual kicks that could be dropped with its first NFT drop.
By Leo Jakobson
21h ago
2m
Crypto News
FBI Hacks Hive Ransomware Gang, Saving 300 Victims $130M
The FBI infiltrated the Hive network in July, stealing decryption codes for some 1,300 old and new attacks, as well as contributing to a sizable drop in ransomware payments in 2022.
By Leo Jakobson
22h ago
4m
See all articles