Also today, thieves are targeting people who store crypto on their phones. We've got some top tips for protecting yourself. 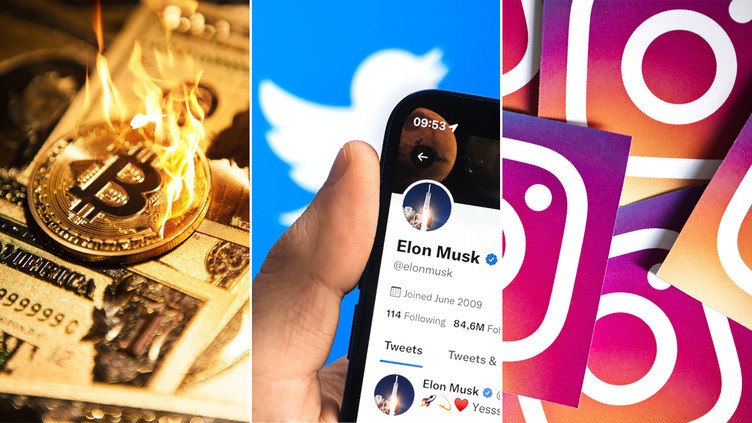 Things went from bad to worse for Bitcoin over the weekend. CoinMarketCap data shows BTC has now fallen to its lowest level so far this year. There are fears that a retest of support at $30,000 could be next. The crypto markets are vulnerable right now because of a close correlation with the stock market. Traders are contending with concerns over rising energy prices, Russia's invasion of Ukraine, soaring inflation and new COVID lockdowns in China. Further losses on Wall Street could prompt BTC to slide to prices not seen since late 2020.

Drama surrounding the UST stablecoin added to panic over the weekend. TerraUSD briefly lost its peg with the U.S. dollar — falling to lows of $0.9857 on some exchanges. What makes this story interesting is that UST is an algorithmic stablecoin, meaning incentives are used to keep the asset's price stable. A depeg of the UST stablecoin has the potential to send shockwaves through the crypto ecosystem — more so now than a few months ago. The Luna Foundation Guard now holds a staggering 80,000 BTC — a war chest it will begin to sell to defend the stablecoin's peg if necessary. Such an event would pile selling pressure on Bitcoin.

Late on Sunday night, Elon Musk caused a stir on Twitter by tweeting: "If I die under mysterious circumstances, it’s been nice knowin ya." The dramatic post is linked to a Russian official criticizing the billionaire for supplying Starlink internet terminals to Ukraine. Former deputy prime minister Dmitry Rogozin, who is now the head of Russia's space agency, warned in a statement to the media: "For this, Elon, you will be held accountable like an adult — no matter how much you'll play the fool." It's highly likely that Musk's post was tongue in cheek — nonetheless, some of the billionaire's supporters are urging him to beef up his security detail.

Meanwhile, The New York Times has published excerpts from a Twitter pitch deck that Elon Musk has shared with investors. It reveals that the world's richest man wants the social network to generate $1.3 billion in revenue from a payments business by 2028. This will raise questions about whether crypto is going to play a role. Musk also plans for Twitter to have 931 million users in five years — way more than the 217 million on the books as of 2021. Another intriguing detail concerns plans to launch a mysterious new product, only referred to as "X" on the pitch deck.

Crypto muggings on the rise in London 🚨

"Crypto muggings" are becoming more common on London's streets — with criminals stealing funds from wallets on their victims' phones. One man was held against a wall and forced to unlock an app using facial recognition — and according to The Guardian, XRP worth $7,400 was stolen. Another incident saw muggers target a man who was trying to order an Uber, while one victim was targeted as he vomited under a bridge. It illustrates the importance of keeping crypto in cold storage, and being careful when using a phone in public. One officer says: "You wouldn't walk down the street holding £50 notes and counting them. That should apply to people with crypto."

Instagram could announce a new pilot for non-fungible tokens as early as today. According to CoinDesk, only a small number of collectors based in the U.S. would have access to NFT functionality at first. The report also reveals that collectibles on four major blockchains would be supported. Along with Ethereum, NFTs minted on Polygon, Solana and Flow are also set to be available. Instagram is owned by Meta — the company formerly known as Facebook — and it's set to support major crypto wallets including MetaMask. The report notes that this would enable users to prove they own rare NFTs, and flaunt them on their profiles.

Six months ago, Mr Goxx — the crypto trading hamster who managed to outperform the stock market — died peacefully in his sleep. But now, he's been reborn — and once again, he's carefully cultivating a portfolio of altcoins. The fluffy investor's orders are being live streamed on Twitch. He's already loaded up on Synthetix, Dogecoin, Cardano and Litecoin — and cut his losses by offloading Ether. As of Sunday, Mr Goxx had placed 32 orders and had lost €21.33 over the course of his career, with his portfolio down by 1.97%.
3 people liked this article

Crypto News
Bitcoin Raced to $61,600 over the Weekend — But the Surge Wasn't to Last
The markets may have been spooked by the news that India is reportedly set to propose a new law banning cryptocurrencies.
By Connor Sephton
1yr ago
2m
Crypto News
Crypto News, Feb. 11: Inflation Spike Boosts Bitcoin
Bitcoin notched up its eighth consecutive day of gains on Thursday — breaking through $45,000 for the first time in over a month.
By Connor Sephton
3mo ago
2m
Crypto News
This Company Owns $770M in Bitcoin. Now, It Wants Even More
MicroStrategy already has 40,824 BTC. But now, it's got bold plans to buy an extra $400 million worth of crypto
By Decentralized Dog
1yr ago
5m
See all articles