We could see further, painful tests of $30,000 in the coming days, especially if Wall Street continues to tumble. 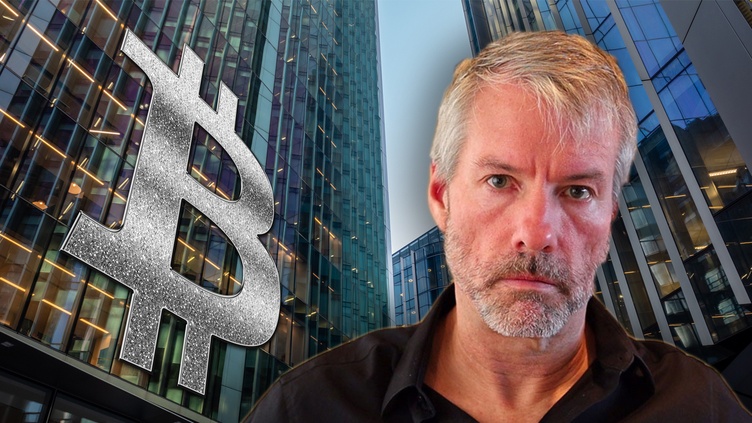 Just a few weeks ago, some influencers on Crypto Twitter were declaring that a huge BTC breakout was just around the corner. Through whizzy charts and endless emojis, they will have injected many rookie investors with a false sense of confidence.

Now, some of those same influencers are now encouraging their followers to "buy the dip," stack sats, and reject FUD.

Take everything you see on Crypto Twitter with a liberal pinch of salt. Avoid chasing losses, and only invest what you can afford to lose. Remember: these pundits will have no idea about your financial circumstances.

Times are tough, and it's important to look after yourself.

Bitcoin dipped to lows of $29,944.80 in the early hours of Tuesday. At the time of writing, it has bounced back — reaching $32,500 hours later. We could see further, painful tests of $30,000 in the coming days, especially if Wall Street continues to tumble. Stock market futures were in positive territory as of Tuesday morning. Monday's stock market slide left the S&P 500 at its weakest level since March 2021 — and there seems to be no end in sight. Gloom may be further exacerbated when Coinbase steps up to deliver its first-quarter financial results later on Tuesday.

TerraUSD has lost its $1 peg — plunging to lows of $0.68 at one point. While UST is starting to head upwards, it's far from stable right now. The algorithmic stablecoin has been thrown into chaos — and billions of dollars worth of Bitcoin held as collateral is now being liquidated, adding to selling pressure. There's a bigger problem on the horizon. LUNA, another altcoin in the Terra ecosystem, has plunged by more than 50% in a little under eight hours. In normal times, traders are meant to be able to swap their UST stablecoins for LUNA. But this crash has meant UST now has a bigger market cap than LUNA, creating a real risk of a bank run.

At one point, MicroStrategy was sitting on billions of dollars in paper profits. But now, all of this has evaporated — leaving Michael Saylor in a potentially precarious position. MicroStrategy owns 129,218 BTC — and on average, the business intelligence firm has paid $30,700 for each of these coins. Bitcoin's dip to $29,944 meant that, for the first time since its acquisition spree began in August 2020, the company's entire BTC holding was underwater. MicroStrategy's share price plunged by 24% on Monday — and Saylor is attempting to put a brave face on things by dusting off an old meme of him working at a McDonald's.

El Salvador may be in a state of emergency right now, but it seems Nayib Bukele is still keeping a close eye on Bitcoin's price. On Twitter, the president confirmed that the Central American nation has just purchased an additional 500 BTC at an average price of $30,744 per coin. Overall, that's worth more than $15 million — and it comes as the country's other BTC investments remain deeply in the red. As Bitcoin's price recovered on Tuesday, Bukele tweeted: "I could sell these coins right now and make almost a million dollars in just 11 hours, but of course not."

Mark Zuckerberg has confirmed that non-fungible tokens are going to start being tested on Instagram this week. In a new video, Meta's CEO also revealed that "similar functionality is coming to Facebook soon" too. This is an especially significant development — not least because Facebook had an estimated 2.91 billion monthly active users as of January 2022. Zuckerberg also revealed that he wants to focus on "3D NFTs" — with collectors getting the chance to use augmented reality to project digital art onto physical spaces.
21 people liked this article

Crypto News
Crypto News, May 11: Why One Analyst is Still Optimistic about Bitcoin
Also today, why Bitcoiners are trying not to say "I told you so" after UST and LUNA imploded.
By Connor Sephton
1w ago
4m
Crypto News
Non-Fungible Thursdays: What Happened in NFTs This Week? [April 7, 2022]
CoinMarketCap and Nansen look at some of the most exciting events in the NFT space — from Magic Eden accepting native Solana project tokens, to Pudgy Penguin new owners — Netz Capital.
By Andrey Sergeenkov
1mo ago
9m
Crypto News
Floki Inu Ad Campaign Banned in the U.K.
Billboards for the memecoin had been plastered on London Underground trains and buses — accompanied by the caption: "MISSED DOGE? GET FLOKI."
By Connor Sephton
2mo ago
3m
See all articles