Crypto Adoption in Jordan Is Rising Despite Ban

Cryptocurrency trading in Jordan is gaining popularity, even though the government recently reiterated its ban on digital assets. Will it help the 50% unemployed Jordanian youth? Read more! 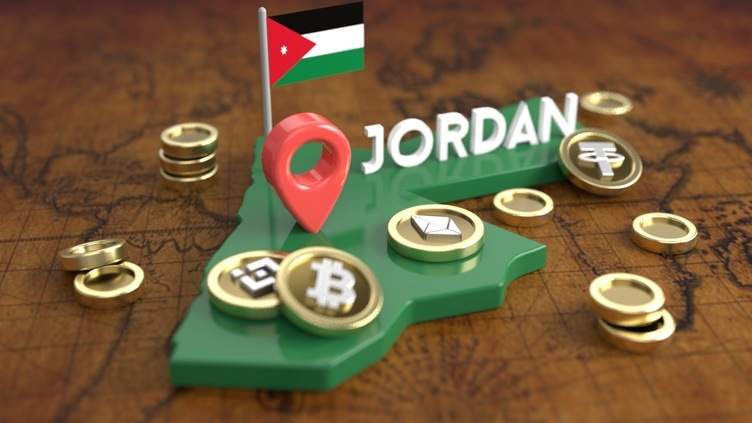 The State of Crypto Adoption in February 2022

If we are to believe US comedian Larry Page, crypto really is not all that revolutionary of an invention. But neither were the wheel, the fork, or the lightbulb. See for yourself:

On a more serious note, there is strong evidence that an increasing amount of people are investing in crypto. According to a UK poll, more Britons invested in crypto than in stocks and shares, with the lion's share of crypto investors being young men.
Cryptocurrencies are more mainstream now than they have ever been. The adoption of Bitcoin as legal tender - economically responsible or not - galvanized not only the crypto scene on social media but kicked off an avalanche of discussion and rumors about which country may become the next to adopt Bitcoin. Currently, Paraguay and Tonga seem to be leading the race and El Salvador's President Nayib Bukele will be cheering them on to make his prediction come true.
Jordan is not one of those countries usually associated with cryptocurrencies. However, this seemingly unremarkable Middle Eastern country is worth a closer look because it may be much farther regarding crypto adoption than its headline-generating peers.

Why Should You Pay Attention to Crypto Adoption in Jordan?

Jordan is a Middle Eastern country bordering Israel with an economy that holds up fairly well compared to some other states in this region. Still, its unemployment rate of almost 25% and youth unemployment of 50% are hardly signs of a well-oiled economy. COVID has added to the country's woes, with a research paper by the Jordanian Labor Watch in October 2021 revealing that 140,000 workers lost their jobs due to the pandemic in 2020 (Jordan's population is 10.3 million).
Despite - or maybe because of - its dire economic situation, crypto trading among young people is booming in Jordan. Al-Monitor, an English-speaking news outlet covering The Middle East, tells the story of Ahmed al-Hindi, a young Jordanian accountant that spends his evening hours trading crypto. Hindi told al-Monitor:

"I am currently investing around $12,000. Sometimes I make $2,000 over a period of months, and other times, I don't make anything. Certain skills like proficiency in the English language, following the news and trading about 500 different currencies are needed."

He is one of the estimated 129,000 Jordanians trading cryptocurrencies, even though authorities have banned digital currencies. Adel al-Sharkas, governor of Jordan's Central Bank, reaffirmed the institution's hard stance during a parliamentary meeting at the end of January. He said that the ban was imposed, first and foremost, to protect people:

"[...] due to their lack of experience in this field, the currency's depreciation as a result of exchange rate fluctuations, the possible losses stemming from fraud, piracy, hacking and theft, and the absence of a legal framework that guarantees the right to appeal before judicial authorities."

Other reasons - well-known to investors that have seen a crypto ban or two - are to prevent money laundering and financing terrorist organizations.

The former head of the Association of Banks in Jordan, Mufleh Akl, went along with the governor, saying that investing in crypto is "futile" and "a game of despair." Young people needed education about the fraudulent practices of some companies in the space.

However, the ban is really only a ban on paper, and Jordanians can still access crypto exchanges through foreign sites. Although banks in the country are not permitted to deal with crypto, individuals are not criminalized for it, which has led to a strongly rising crypto market in Jordan. Al-Monitor spoke to Muhammad al-Srouji, a financial analyst focused on foreign exchange trading, who assessed that legislators in Jordan are observing the market despite the apparent ban.

What Do Jordanian and British Youngsters Have in Common?

The Jordanian example elegantly illustrates the boon and bane that cryptocurrencies present to middle-income and low-income countries.

Even though authorities ban crypto - presumably to stop people from gambling - crypto still "finds a way." You cannot really argue with the Jordanian government's reasoning for banning crypto, either:

>Yes, market fluctuations can wipe out people's livelihoods, especially in a country with a precarious economic situation.

>Yes, people in countries with poor financial education cannot be expected to understand this new technology.

> Yes, some actors in the space engage in dubious or even malicious practices to con participants.

On the other hand, Jordan has technically skilled youth with nothing else to do (50% youth unemployment!) and access to the markets. And that's where the story comes full circle because the same development is happening in Western countries. COVID gave rise to meme stocks and meme coins. 15-year-olds are trading crypto, thanks to TikTok's "investment advice." Others have turned tiny sums into considerable ones, again thanks to crypto TikTok.

Crypto trading among youngsters has become an unstoppable trend that is playing out across different countries with different economic circumstances - regardless of governmental bans.

Crypto bans in Jordan and elsewhere

Jordan isn't the only country clamping down on cryptocurrencies either:

Still, none of these bans and regulations will stop crypto-trading Gen Z'ers and Millennials from taking to exchanges and speculating on the next 100X. Ahmed al-Hindi, the young Jordan crypto trader, is a global phenomenon.

Crypto Basics
What Are Liquidity Pool (LP) Tokens?
A primer to the mechanics of liquidity pool (LP) tokens.
By Daniel Phillips
4mo ago
7m
Crypto Basics
Trading Insights: Scalping vs Swing Trading
CoinMarketCap Alexandria takes look at the two most popular styles of trading and which one should you use. Read more!
By CryptoJelleNL
4mo ago
5m
Crypto Basics
Cryptocurrency Money Laundering
Cryptocurrency money laundering makes the authorities wary of Bitcoin and privacy coins like Monero. Learn more about crypto money laundering and tax avoidance in this guide.
By Kevin Dwyer
1yr ago
5m
See all articles