By Connor Sephton
4m
10mo ago

Our guest this week believes Bitcoin is going to hit six figures. He tells us why. 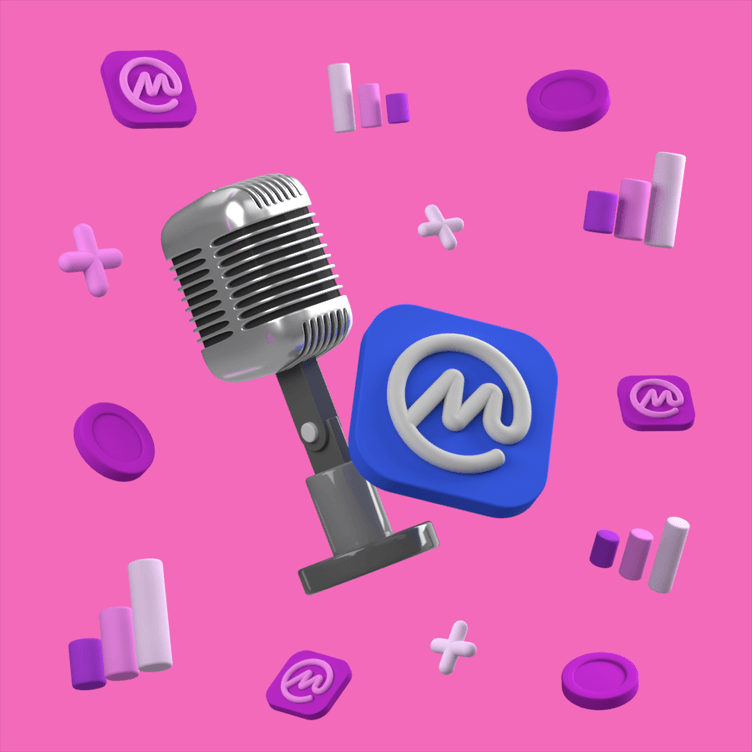 Bloomberg Intelligence analyst Mike McGlone told the CoinMarketRecap podcast that the Sept. 7 crypto crash was a “bump in the road” — and he still believes that Bitcoin will hit $100,000.
McGlone said he tries to “avoid the nuances of little fluctuations as much as possible to focus on the big picture” and also set a target of $5,000 for Ether.
He believes things are looking “quite bullish” for both cryptocurrencies, and said the blistering rally that ETH has seen this year is the equivalent of BTC hitting $140,000 — an extraordinary achievement.

When asked whether ETH has the potential to continue outperforming BTC, McGlone says this trend “looks like it should continue” — not least because it is the foundation for decentralized exchanges and non-fungible tokens.

But does Ether have the potential to “flippen” Bitcoin and become the world’s biggest cryptocurrency? McGlone said:

“The answer is yes for Ether potentially surpassing the market cap of Bitcoin. BTC’s close to $900 million, almost $1 trillion — ETH’s just over $400 million. At the beginning of the year, Ether was 10% of the total market cap. So that trend’s clearly friendly.”

McGlone went on to say that Solana’s rally in recent weeks has taken him by surprise, but the token has somewhat stalled after the blockchain suffered a massive outage in recent days.

Expressing optimism for what lies ahead, he added:

“The amount of naysayers are diminishing and all those people are coming around and saying ‘Oh boy, this world’s going digital… I don’t want to be the next Kodak or Blockbuster that really missed the digital revolution. I might as well join.’ To me, that’s what’s happening in the space — and to me, that’s the most significant development that keeps me bullish on Bitcoin.”

When asked whether he subscribes to Cathie Wood’s view that Bitcoin can hit $500,000 in five years — he said he completely agrees with her, but added:

“I don’t see why it would stop … Bitcoin has negative supply elasticity. That means when prices goes up, more supply does not come on like gold or virtually any other asset in the world.”

The analyst added that it’s a “matter of time” before the U.S. gives the green light for a Bitcoin exchange-traded fund — and this will “onboard the biggest pool of money in the world” and help BTC achieve legitimacy.

And reflecting on this year’s market movements, McGlone said he didn’t expect Bitcoin to correct by more than 50% after it hit new all-time highs of $65,000 in April. However, he believes that BTC’s volatility will fall five years from now — and he now thinks it’s unlikely that BTC will meaningfully sustain below $30,000 again.

McGlone wrapped up the interview by describing Bitcoin’s critics as part of a “diminishing minority.” Discussing the growing institutional adoption of digital assets, he said:

“If you have any allocation to gold, to me, it’s very irresponsible to not put some wealth into Bitcoin for the pure risk that gold is replaced like the horse was replaced by the auto.”

We began with the news that an OpenSea employee had landed himself in trouble for using insider information to buy NFTs before they were promoted on the homepage — later selling them on for profit.

Users on Twitter had accused the company’s head of product Nate Chastain of being involved in the controversial practice. Although OpenSea didn’t name the person involved, the marketplace did say it has “requested and accepted” their resignation — and Chastain’s Twitter bio now says he used to work there.

Molly Jane explained that, with a lack of formal regulation in place, this crypto community has a crucial role in holding businesses to account. Drawing an example, she said:

“I’m from Los Angeles and we often have droughts — and during the droughts, you’re not allowed to water your lawns. And if people have a green lawn, there’s this green lawn shaming on social media where they post a picture and say ‘Don’t do that.’ That’s what I feel the blockchain is doing.”

In other news, Solana — which describes itself as the world’s fastest blockchain — suffered a 20-hour outage this week. Molly Jane said that, although it could damage the project’s reputation in the short term, “people in the crypto space have a relatively short memory.”

The final story that Connor and Molly Jane discussed was the extraordinary bogus press release that suggested Walmart was going to accept Litecoin as a payment method. The fake news ended up being reported on by major outlets including Reuters, and caused LTC’s price to shoot up before crashing back down. Molly Jane said:

“I was speaking to some senior editors at a crypto publication that did cover this story mistakenly, I won't say which one. He said that he was very upset he was asleep at the time — because to him, the very biggest red flag before you even read the press release was that Walmart had partnered with Litecoin … if this was going to happen, it would be with Bitcoin.”

Crypto News
BREAKING: Bitcoin Hits $67,000 for the First Time
For most of Monday, Bitcoin was attempting to break through stubborn resistance at $66,000, which appeared to be the final hurdle before racking up unprecedented gains.
By Connor Sephton
8mo ago
2m
Crypto News
Tether Told to Pay 500 BTC or Documents Will Leak, But Company Isn't Paying Up
"While we believe this is a pretty sad attempt at a shakedown, we take it seriously," the stablecoin issuer says.
By Decentralized Dog
1yr ago
2m
Crypto News
India: Narendra Modi's Twitter Hacked By BTC Scam
Sunday's tweet claimed that India's government has purchased 500 BTC, and it plans to start "distributing them to all residents of the country."
By Connor Sephton
7mo ago
2m
See all articles