Stressing that things are never as bad as they seem, Coinbase says: "The current downturn came fast and furious, and we are seeing customer behavior mirror that of past down markets." 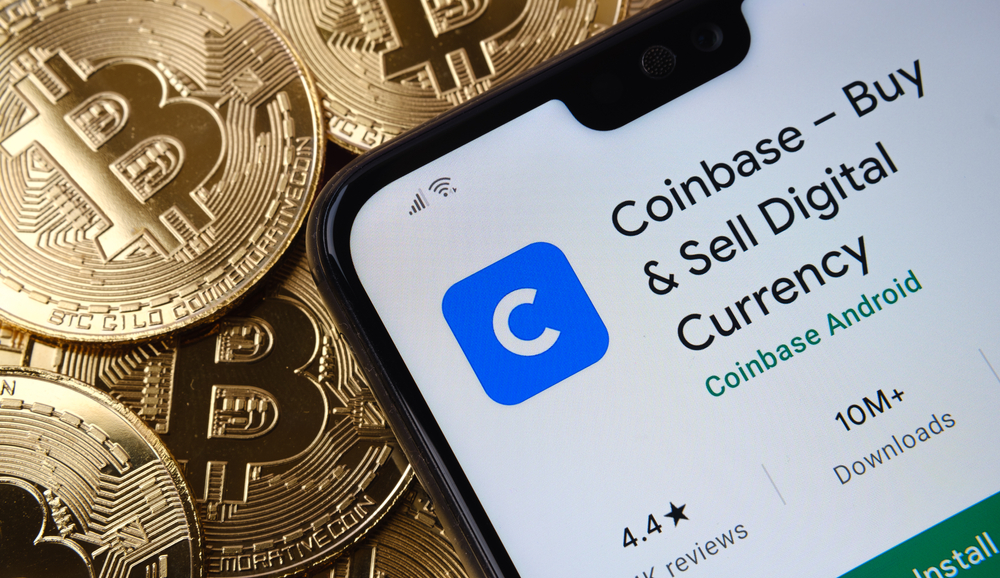 Coinbase suffered a $1.1 billion net loss in the second quarter of 2022 as the crypto winter scares away retail investors.

Trading volumes plunged by 30% in this three-month period to $217 billion, while transaction revenues slid by 35%.

Trends suggest Coinbase users are becoming more passive investors, but this is bad news for a company that relies heavily on fees for profits.

Monthly transacting users fell by just 2% when compared with the previous quarter — and worldwide, it now has nine million customers. That's slightly down from 9.2 million in Q1, but a marked drop from 11.2 million in the final quarter of 2021, when Bitcoin hit a new all-time high of $68,700.

The exchange sought to emphasize its experience on navigating past bear markets — and stressed that the crypto industry is highly cyclical.

"The current downturn came fast and furious, and we are seeing customer behavior mirror that of past down markets. During these down markets, we remain focused on building great products, while we typically see more casual competitors step back. Each crypto cycle has landed higher than the previous one, due to innovations built during the downturns."

Coinbase also highlighted how it had a $6.2 billion war chest and $428 million worth of cryptocurrencies in reserve, suggesting that this means it can weather a prolonged downturn. And executives were keen to point out that its "prudent approach to risk management" means it hasn't had exposure to the likes of Celsius, nor has it had to freeze withdrawals.

Economy 'Out of Our Control'

During an earnings call on Tuesday night, Coinbase's CEO Brian Armstrong was asked how the company planned to get its share price back on track — with a number of investors expressing disappointment at its performance since April 2021. He replied:

"It's important when looking at this to distinguish between what is in our control and what's not in our control. And of course, we don't control the macroeconomic factors or downturn. We don't really even control the crypto market more broadly."

Armstrong said Coinbase's focus is now on "building great products" and "staying at the forefront of crypto technology" — adding it was important to think longer term.

There have long been concerns about whether growing competition between exchanges will lead to fee compression — potentially starving Coinbase of its biggest revenue generator.

Chief financial officer Alesia Haas said these fears haven't been realized so far — and that Coinbase has been positioned as a "premium product" because of how it is simple to use. Nonetheless, there has been some experimentation with pricing — nodding to the Coinbase One subscription model trialed in the U.S. that allows unlimited trading for a flat fee.

"Over the long term, we continue to believe that there will be fee compression, and we started to build a diversified set of products that monetize in other ways."

Crypto News
Wonderland DeFi Protocol to Shut Down After Scandal
Wonderland's demise is also sending shockwaves through the rest of the crypto ecosystem, not least because of the interconnected nature of DeFi protocols.
By Connor Sephton
7mo ago
3m
Crypto News
Grumpy Cat Immortalized as a Cryptocurrency — and Raises $70,000 for Animal Shelter
Tardar Sauce, the original grumpy cat who won people's hearts in 2012, died in 2019.
By Decentralized Dog
1yr ago
2m
Crypto News
Last Week on Crypto Twitter: Ethereum Merging, Do Kwon Wanted
What did Crypto Twitter get up to this time? Elon wants more people buying Tesla whistles with DOGE, Do Kwon tweets a moon emoji, and more.
By Ivan Cryptoslav
1w ago
3m
See all articles