Bob Iger Returns to Disney — Will a Big Push into the Metaverse Be Next?
Table of Contents
The Apple of Web3
The Mickeyverse
Metaverse

Bob Iger Returns to Disney — Will a Big Push into the Metaverse Be Next?

Metaverse fan and investor Bob Iger, the now and former CEO of Disney is back, and a recent investment in NFT avatar start-up Genies suggests the Mouseaverse is coming soon. 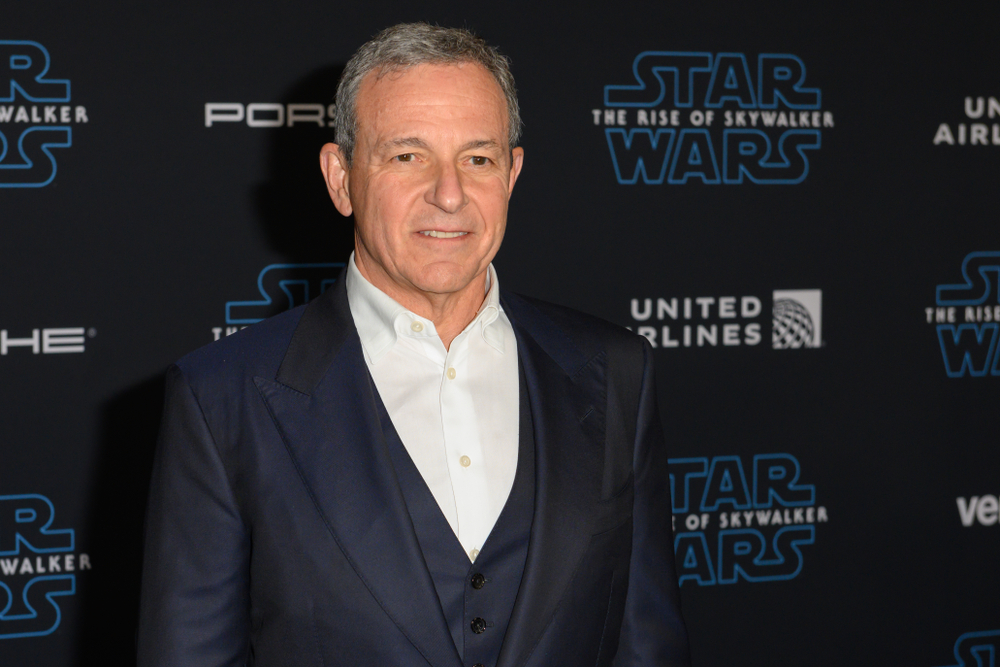 Disney just jumped into the metaverse in a big way.

Not directly, although recent hires, patents and other news say the Walt Disney Co., has been moving towards an interest in the metaverse's potential.

However, the shock announcement that Bob Iger is returning to the company he turned into an entertainment giant over a 15-year run as chairman and CEO — ending with his retirement in 2020 — means that the metaverse's importance to the company just skyrocketed.

In March, Iger invested in and joined the board of Genies, a Los Angeles-based Web3 company aimed at building and dressing cross-metaverse NFT avatars on the Flow blockchain.

Genies' most immediate goal is to build avatars — animated 3D characters that people design to represent themselves within the immersive virtual worlds that many companies believe is the future of entertainment and social media. The most notable being Meta, which Mark Zuckerberg renamed from Facebook a year ago to emphasize his belief in its future importance.

Iger said in the March 14 announcement of the deal:

"I've always been drawn to the intersection between technology and art, and Genies provides unique and compelling opportunities to harness the power of that combination to enable new forms of creativity, expression and communication."

He said he "was particularly interested in companies that were using technology for disruptive purposes and, where possible, the intersection between technology and creativity," Yahoo Finance reported. Iger added that he believes Genies can change the entire entertainment industry.

On Twitter, Iger added, he wants to help the company "empower humans to create the 'mobile apps Web3': avatar ecosystems."

The Apple of Web3

Genies' core goal is to create avatars that can hop seamlessly between a constellation of metaverses that it believes will be built on Web3 — a somewhat amorphous, decentralized next-generation World Wide Web built on blockchain technology and focused on privacy and users personal control of their individual data. Social media profiles, for example, would be portable between various platforms — think Facebook, Twitter and TikTok, for example.

Genies, which now seems like a fairly obvious acquisition target for Disney, has a strong following from celebrities ranging from Justin Bieber and Rihanna to Cardi B.

At present, Genies is mostly focused on building avatars and attracting fashion brands that want to sell clothing and accessories intended to let people dress and express themselves through their avatars. Gucci, Nike, Balenciaga and a host of other fashion brands have entered the metaverse in platforms like Decentraland and The Sandbox, as well as non-blockchain worlds like Roblox, Second Life and Fortnite.

NFT fashion accessories have been covered by Vogue, Elle, Women's Wear Daily, and a host of other fashion outlets, and some have sold for prices equalling and even outstripping real-life versions. Nike is by far the most successful seller of NFTs, having pulled in $185 million in virtual sales.

"When you think of a virtual product like a virtual shoe, it's not just a shoe; it's the product and the experience, service or utility baked in. We don't see that virtual product as the end of the purchase journey; it is the beginning of the journey."

Its forthcoming Dot Swoosh NFT platform will be "a place for people to buy, show off and trade phygital and virtual products; unlock access to events and products; and co-create products."

As for Genies, longer-term it also wants to develop metaverse venues and experiences, with CEO Akash Nigam modestly saying the company wants to be "the decentralized Apple of Web3."

Metaverse entertainment has shown signs of having legs even though the technology remains in its early stages of development. Virtual concerts by the likes of Ariana Grande and rapper Travis Scott have both drawn millions of attendees to "live" avatar-performed events

Disney has dipped its toe into the metaverse in a number of ways, such as adding a high-level attorney focused on blockchain and NFT technology to adding the Ethereum Layer 2 blockchain Polygon — whose MATIC token is a top 10 cryptocurrency by market capitalization — to its Disney accelerator program in July.

But Chapek never sounded too enthusiastic, telling Hollywood Reporter in October that Disney's goals for the metaverse — a term he doesn't like, preferring "next generation storytelling."

"What we're trying to do is build a toolbox of utilities that then can be used by our creators at Pixar, at Disney and Marvel and [Lucasfilm] that can then take those utilities and use them to tell stories in a different, more customized, more personalized way."

In November, the publication described Chapex as "bearish" on the metaverse, saying he said he believed "I don't think you will ever be able to have a substitute for the theme park experience," and suggesting that the metaverse was best left for things like a virtual tour of the inner workings of the Haunted Mansion ride.

That said, Citi in October released an analysts report predicting Disney would be one of the biggest beneficiaries of NFT technology, CoinDesk reported.

Iger, it seems likely, will take a more expansive view. And while his tenure will be short-lived — he has a two-year contract aimed at finding a new successor — that will likely be someone with a more active view of the metaverse's possibility.

Especially when you add imagineers to the mix.

Crypto News
FTX Asks To Subpoena Sam Bankman-Fried, His Family and Top Lieutenants
The executives and lawyers seeking to unwind FTX's abysmally recorded assets have complained that they are getting no cooperation.
By Leo Jakobson
9m ago
3m
NFTs
NFT Contest in Nike's Web3 Venue .Swoosh Offers Designers Access and Royalties
The virtual sneaker design contest will pair winners with Nike designers to create virtual kicks that could be dropped with its first NFT drop.
By Leo Jakobson
11m ago
2m
Crypto News
FBI Hacks Hive Ransomware Gang, Saving 300 Victims $130M
The FBI infiltrated the Hive network in July, stealing decryption codes for some 1,300 old and new attacks, as well as contributing to a sizable drop in ransomware payments in 2022.
By Leo Jakobson
14m ago
4m
See all articles