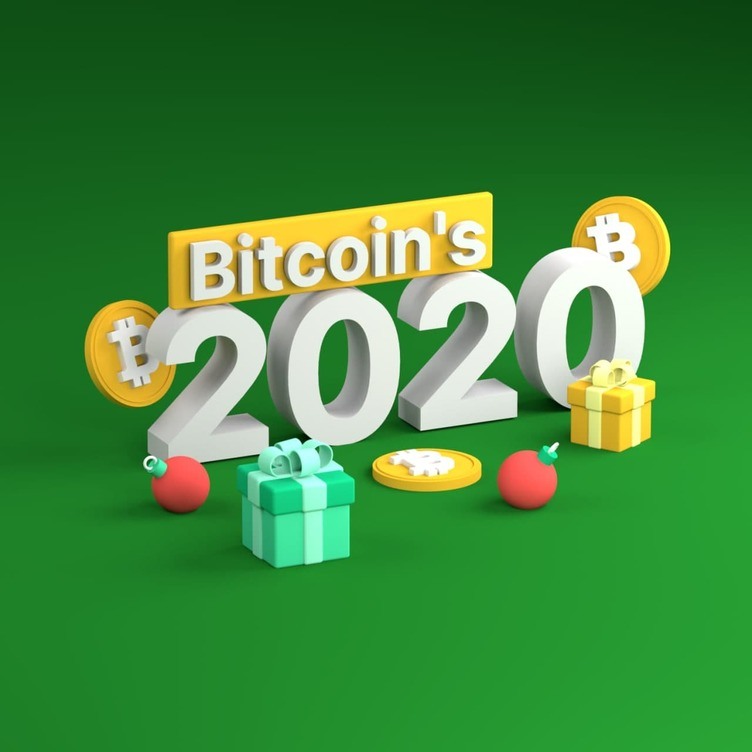 It’s been a crazy year for Bitcoin. We’ve (tried to) round up the biggest moments of the year — and here’s our countdown of the top 10.

Surging to five-figure territory has always been an important milestone when BTC is down in the dumps. And in the run-up to Valentine’s Day, traders fell in love as Bitcoin returned to $10,000 for the first time since October 2019. Unfortunately, it didn’t last — but it wouldn’t be long until BTC bounced back, as excitement over one of the biggest events in the crypto calendar grew.

In May, BTC’s block rewards were slashed by 50% to just 6.25 BTC. Halving events only happen every four years — and following previous reductions in 2012 and 2016, Bitcoin’s value ballooned in the 12 to 18 months that followed. There was frenzied activity on the markets in the run-up to the 630,000th block being mined, with Google searches for BTC surging too.

Back in August, investment guru Charles Edwards reveals that Sunday night is the best time to buy Bitcoin. He shared a chart showing that Mondays tend to deliver the best returns for BTC investors over multiple timeframes. And with the weekends often turning into the Wild West for crypto markets, Saturdays and Sundays tend to be largely flat.

The DeFi sector has surged during 2020. But because many of these protocols are based on the Ethereum blockchain, there was a real risk that BTC enthusiasts would miss out. Wrapped Bitcoin largely came to the rescue, allowing investors to convert their BTC into ERC-20 tokens. WBTC now has a market cap of $2.7 billion after starting the year at just $4.2 million. Crazy.

JPMorgan Chase’s chief executive, Jamie Dimon, had a warning for Bitcoin enthusiasts. He predicts that the U.S. could move to regulate BTC if its market cap continues to grow, adding: “My experience of the government is that they can regulate whatever they want, whenever they feel like it.” The serial crypto skeptic then coolly revealed that Bitcoin is “just not my cup of tea.”

5. Bitcoin is “the fastest horse”

Paul Tudor Jones, a legendary hedge fund investor, contributed to a surge in interest for BTC this year — writing in a market outlook note: “The best profit-maximizing strategy is to own the fastest horse … If I am forced to forecast, my bet is it will be Bitcoin.” He pointed to how BTC’s fixed supply offers certainty at a time when nations are printing trillions to cope with COVID-19.

Back in March, the crypto markets were left shaken by an event that quickly became known as Black Thursday. BTC lost more than 40% of its value in a single day — and at one point, it was threatening to slide below $4,000 before quickly rebounding. The drama wreaked havoc on the DeFi markets, and led to mass liquidations.

One of the most significant developments of 2020 saw major institutions embrace Bitcoin — with MicroStrategy snapping up more than $1 billion in cryptocurrency. Countless other funds (and even insurers) followed suit, with Grayscale buying BTC far faster than it can be mined. Their newfound appetite for crypto undoubtedly led to fireworks as the year drew to an end.

Bitcoin managed to defy expectations by coming within $200 of its all-time high of $20,089 in November. This milestone came after the world’s biggest cryptocurrency overcame stubborn resistance at the $18,000 mark. As the year drew to a close, we began to see mainstream media outlets begin to cover BTC more seriously — and far more positively — than before.

After coming tantalizingly close in November, Bitcoin finally wiped out the 2017 record in mid-December. In the blink of an eye, the digital currency managed to exceed $23,000 — and for a time, every single person who had ever purchased BTC was in profit. Better still, the history books show that the effects of the halving don’t normally kick in for a year… indicating that the party is only just getting started.

NFTs
Logan Paul Slapped with Class Action Lawsuit By CryptoZoo Investor
A police officer from Texas says he invested $3,000 in the project — but the game "did not work and never existed."
By Connor Sephton
23m ago
2m
Bitcoin
Charlie Munger Goes Full 'Crypto Voldemort' in Calling For a Ban
Berkshire Hathaway's Vice Chairman said the U.S. should follow the example of China, which "wisely" banned all cryptocurrencies.
By Leo Jakobson
1h ago
3m
Altcoins
The Couch Doge Sat On is Being Auctioned Off
But rather awkwardly, bids are only being accepted in Ether... not DOGE.
By Leo Jakobson
1h ago
2m
See all articles