"The war is enhancing Bitcoin's value as a global digital-reserve asset, while Ethereum evolves into the collateral of the internet," a new note says. 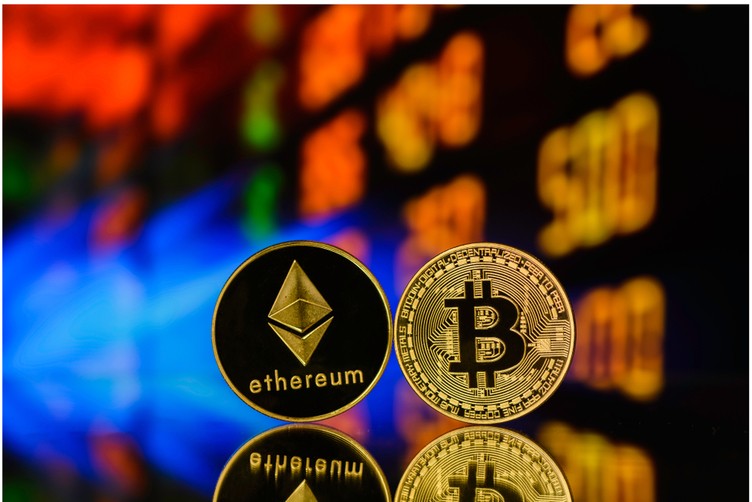 Bitcoin and Ether are outperforming most assets — despite the Federal Reserve turning off the money taps and increasing interest rates.

That's according to Bloomberg Intelligence, which says Russia's invasion of Ukraine marks "another milestone for the merits of cryptos."

Analysts Mike McGlone and Jamie Douglas Coutts also claim ETH may be undervalued ahead of the long-awaited merge between the network's Proof-of-Work and Proof-of-Stake blockchains, adding:

"The war is enhancing Bitcoin's value as a global digital-reserve asset, while Ethereum evolves into the collateral of the internet."

Their new research note concedes that cryptocurrencies were exposed to volatility during the first quarter of 2022, in line with many other assets, but said:

"The war and disruptions in markets like nickel are adding to the narrative that Bitcoin is the most fluid, 24/7 global trading vehicle in history and well on its way to becoming digital collateral."

And Bloomberg Intelligence once again pointed out that BTC has no supply elasticity, doubling down on its assertion that a $100,000 price tag is a matter of time "unless demand and adoption trends reverse."

With tens of thousands of people expected to descend on Bitcoin 2022 in Miami this week — with major adoption announcements from big brands anticipated — there's no sign of momentum slowing down.

The report also notes that, from the date of Russia's invasion to April 4, Bitcoin has risen by 20% — double the gains seen by crude oil.

McGlone and Coutts noted that gold has performed poorly since the conflict began. While they're still bullish on the precious metal's prospects, they see its performance during the invasion "as indicating the diminishing use of the old-guard analog collateral versus the digital upstart."

Returning to Ether, Bloomberg Intelligence points to one discounted cashflow model that suggests ETH should be valued at $6,100 — up 70% from current levels.

Pointing to how stakers will receive revenue fees from the network and ETH continuing down its road as a deflationary asset, they wrote:

"The upcoming merge, shifting Ethereum from a Proof-of-Work model to Proof-of-Stake, will convert Ether into an equity-like instrument with elegant supply/demand dynamics that could drive significant interest in the asset."

As of 7am US time on Tuesday, BTC and ETH were pretty flat — with both cryptocurrencies up about 1%.

Crypto News
More Than 2.2M Users Have Downloaded El Salvador's Chivo Wallet
The country's president released statistics on the wallet usage this week.
By Connor Sephton
8mo ago
2m
Crypto News
OpenSea Denies IPO Plans After Fierce Backlash
The NFT marketplace's new chief financial officer says there was "inaccurate reporting" about the company's next steps — adding he wanted to "set the record straight."
By Connor Sephton
6mo ago
2m
Bitcoin
Will Paraguay Adopt Bitcoin as Legal Tender?
Paraguay is leading the race to become the second country in the world to adopt cryptocurrency as legal tender. Will It Happen Soon?
By Hassan Shafiq
4mo ago
4m
See all articles