The first day of Bitcoin 2022's main conference did deliver some bullish news for investors — with new features that'll make it easier and cheaper to spend and save BTC. 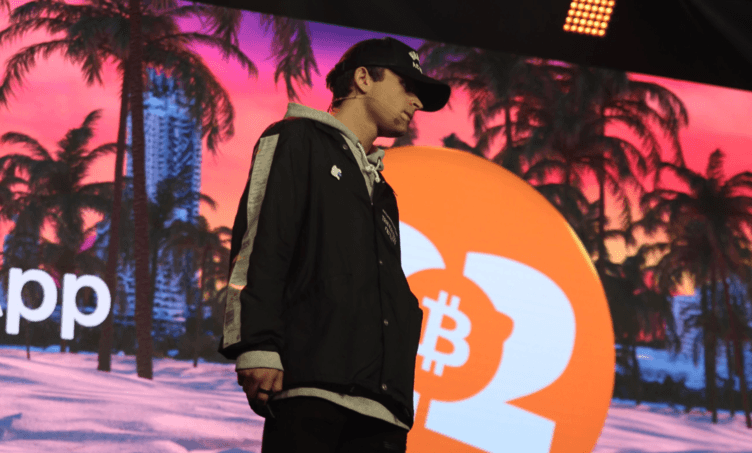 You could argue that crypto enthusiasts were a little spoiled at the Bitcoin 2021 conference.

El Salvador's Nayib Bukele made a genuinely ground-breaking announcement that his country was going to adopt Bitcoin as legal tender.

Going into this year's event in Miami, many Bitcoiners were confident that more nation-states would announce they were doing the same.

Other headline-grabbing developments were also expected.

The first day of Bitcoin 2022's main conference did deliver some bullish news for investors — with companies unveiling new features that'll make it easier and cheaper to perform crypto transactions and stack sats.

Here are seven things we learned:

1. Strike Wants Bitcoin to Be a Cheap Payments Network

With Nayib Bukele pulling out of Bitcoin 2022 due to "unforeseen circumstances," there was plenty of expectation for Jack Mallers' keynote speech at the end of the day.

He certainly chose to milk his time on stage — and began with a long-winded look at the history of legacy payment networks, going all the way back to the introduction of the Diners' Club.

Mallers argued that there hasn't been any innovation in payments networks infrastructure for decades. Card networks and merchant banks continue to slow things down… and this ultimately hurts merchants, who end up losing three cents in the dollar to fees. He said:

Strike's solution? A new, cheap payments network that would be built on top of Bitcoin.

The company is determined to propel the Lightning Network forward. As well as partnering with Shopify, Strike has also teamed up with the U.S. payments company Blackhawk… and NCR, the world's largest point-of-sale supplier.

Predicting that these collaborations mean Bitcoin can be used as a payment method in millions of American storefronts, pundits also approvingly predicted that this will allow crypto investors to "virtually live their lives" using only BTC. Mallers said:

Mallers was the last of many to discuss Lightning Network over the course of the day.

This technology promises to make BTC payments instantaneous by ensuring users don't need to worry about block confirmation times. It's also scalable, and has the potential to allow "millions to billions of transactions" to take place on the Bitcoin blockchain. And crucially, it's also low cost — driving down the fees that have made the network prohibitive for some.

Beyond Strike, Cash App also had a flurry of announcements. As well as allowing people to receive Lightning Network transactions, the company is enabling users to autoinvest in BTC through their paychecks and spare change. Robinhood is also embracing Lightning.

MicroStrategy's Michael Saylor, during a chat with ARK Invest's Cathie Wood, said he believes crypto companies that fail to embrace Lightning could find themselves at a significant disadvantage — and customers may look to transact elsewhere. Comparing this with "cutting yourself off from the internet," he said:

"The killer application in the world is gonna be when six billion people run around with a mobile phone with an Android or iOS app, and they've got a Lightning wallet and that wallet has got some BTC in it as a store of value. And it's got some dollars or euros or whatever as a medium of exchange. And then you're going to see tens of trillions and then hundreds of trillions of dollars, all moving on Lightning rails secured by the Bitcoin network. And then people are gonna wake up and realize, holy crap, this stuff really is gonna change the world."

Samson Mow — who recently quit Blockstream to focus on nation-state Bitcoin adoption — told the crowd that he's starting his own company as part of that quest.

On stage, he also revealed that the city of Prospera in Honduras — and the Portuguese autonomous region of Madeira — are adopting Bitcoin.

It was particularly telling when he suggested that we won't see another country like El Salvador embrace Bitcoin as legal tender… and instead, progress will need to be made at the grassroots level. We caught up with Samson after his speech, and he told the CoinMarketRecap podcast:

"In most countries, the president or prime minister doesn't have that much influence… I think getting a big nation-state to just go top down and say 'we're gonna do Bitcoin' is going to be an outlier much like El Salvador. I don't think that's common. We're going to see more grassroots-level adoption, city, state-level adoption. We saw that in Lugano in Switzerland. I think that's definitely promising. It's the same as Madeira."

The former world tennis number one appeared on a Cash App panel with Odell Beckham Jr. and Aaron Rodgers.

She's invested in a number of crypto startups of late — including the Bitcoin rewards platform Lolli.

Williams said that Bitcoin has now been around for 13 years, and has had a long time to prove it works and build a track record.

"I'm really into cryptocurrency because it's the future — in particular Bitcoin really stands out because it's so unique and so different."

We caught up with Mastercard's head of crypto Raj Dhamodharan at the end of the first day of Bitcoin 2022.

Our interview took place just after Jack Mallers said that there hadn't been any innovation in payment networks for more than 50 years.

So: did Dhamodharan think this was a fair criticism? No, is the short answer.

He pointed to how Mastercard is being used to enable people to invest in crypto, and simplify the process for those buying non-fungible tokens. The credit card giant has also partnered with the likes of Bitpay and Coinbase — and recently acquired the blockchain analytics firm CipherTrace. After highlighting all of this on the CoinMarketRecap podcast, he said:

"We just finished talking about all the things that we do in this space. Every one is an innovation, right? We are constantly adding value, bringing trust into the ecosystem, bringing a curated payment experience to billions of users."

When asked whether Mastercard was embracing crypto because it's an ardent believer in the technology — or whether it's a protective move over fears that digital assets could drive it out of business — he said:

"It's neither. It's really about choice. Mastercard has always been about enabling different ways of moving value."

6. Fiat Comes in for Criticism

There was no shortage of criticism surrounding fiat currencies.

Mexican billionaire Ricardo B. Salinas told the crowd about what he called the "fiat fraud" — and said while emerging economies have used the U.S. dollar as a flight to safety for decades, its spending power is going to erode substantially in the coming years.

Later in the day, he warned that central bank digital currencies have the potential to be "worse than the dollar," and said:

"I like cigars. No, no. CBDCs would not be good for a cigar. Partying after 2am? Forbidden. No money after 2am.  They think it's a bad idea? They close your capacity to spend your money. They'll be tracking 100% of your spending — what you spent, and how you spent it."

PayPal co-founder Peter Thiel even took the opportunity to offer U.S. dollars to the crowd — and despite the fact he was talking to a crowd of Bitcoiners, he still had some takers.

A panel led by Alex Gladstein from the Human Rights Foundation began with a video that shared clips of Bitcoin criticism from the likes of Bill Gates, Charlie Munger and Bill Maher.

It explained that all of these men share one thing in common: they're citizens of advanced economies with property rights, free speech, a functional legal system and a stable reserve currency.

The video then points out that just 13% benefit from this — and the remaining 87% live in a country with a weak currency or an authoritarian regime. As a result, they may not fully understand how powerful Bitcoin could be in emerging economies… and those with hyperinflation.

Crypto News
Melania Trump's NFT Sale Ends in Tears as SOL Crashes
Unfortunately for Trump, just five offers above the starting price of 1,800 SOL have been made — and a sharp fall in the value of SOL means she will only receive $163,800 at current prices.
By Connor Sephton
4mo ago
2m
Crypto News
Eight Arrests in China After Rug Pull Steals Millions
Pictures provided by the police showed bundles of banknotes, along with a high-end Audi that was decorated with a bow.
By Connor Sephton
5mo ago
2m
Crypto News
CMC Daily, Oct. 11: BTC Maxis and Big Mac NFTs
Plus, Vitalik Buterin launches a blistering attack on El Salvador's President Nayib Bukele — and the Bitcoin enthusiasts who are "uncritically praising" him.
By Connor Sephton
8mo ago
3m
See all articles