'A Bad Look for Crypto': Altcoins and NFTs Released to Mark Queen's Death

The endless stream of altcoins and NFTs has led to accusations that creators are attempting to capitalize on Her Majesty's death. 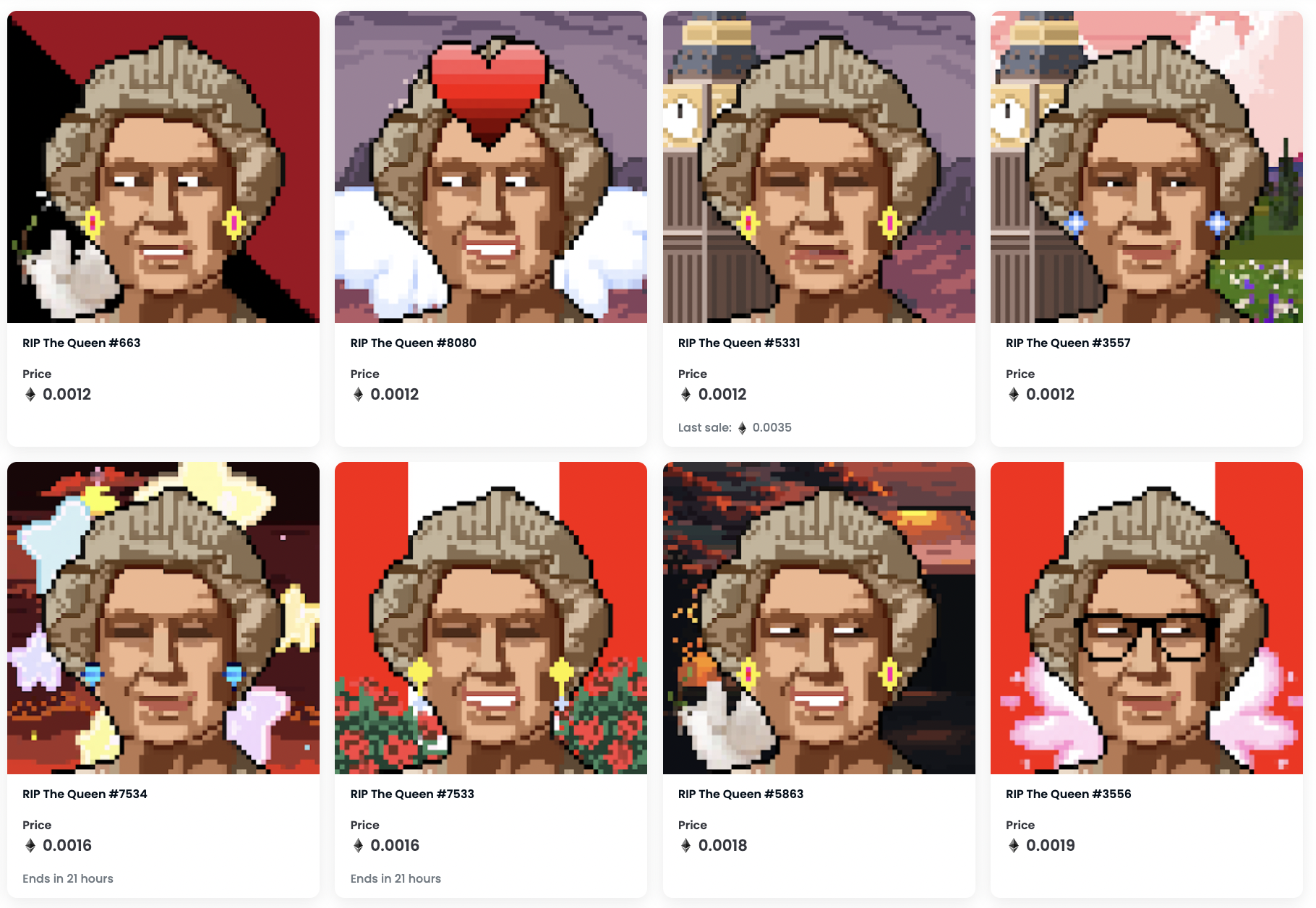 Queen Elizabeth II has died at the age of 96, ending a 70-year reign.

And now, some in the crypto industry are being criticized after a series of altcoins were released in her name.

One critic warned it is a "bad look for crypto" — especially considering that the United Kingdom is about to enter a prolonged period of national mourning.

In other developments, an NFT collection that has been generating new portraits of the Queen every day since July has announced that it is closing down.

The endless stream of altcoins has led to accusations that creators are attempting to capitalize on Her Majesty's death.

And to make matters worse, low levels of liquidity could mean that these tokens pump and dump in quick succession — with erratic price movements potentially hurting investors.

One NFT collection called "RIP The Queen Official" has more than 8,000 pixelated pictures of the monarch, indicating that preparations for a launch had taken place for some time.

New crypto projects regularly pop up in response to events in the news. When Will Smith slapped Chris Rock at the Oscars, a series of altcoins emerged — as well as NFTs featuring screenshots from the incident.