According to Mike McGlone, the fact that BTC and ETH have already experienced sharp corrections may give them a "relative advantage" over the stock market in 2022. 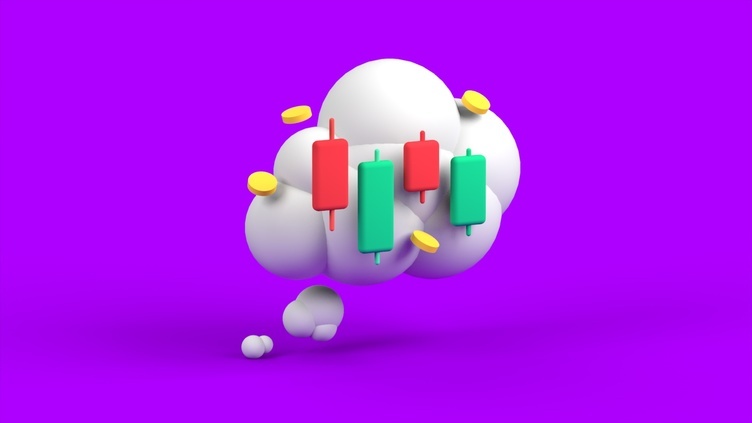 Fear, uncertainty and doubt are plaguing the crypto markets right now — but according to Bloomberg Intelligence, the outlook for 2022 is still bullish.

Setting out its forecast for next year, senior commodity strategist Mike McGlone predicted that the U.S. will fully embrace cryptocurrencies next year following China's latest clampdown — not to mention "the proliferation of revolutionary technologies" such as non-fungible tokens. In his view, proper regulation also has the potential to be a good thing — potentially delivering greater levels of certainty to companies in the space. He wrote:

"What might trip up the advancing three musketeers — Bitcoin, Ethereum and crypto dollars — may be the more profound question for 2022, but we expect wider adoption to prevail and overcome most wobbles, like 2021's near 50% correction."

And while a tightening of monetary policy would cause the stock market to drop — creating "initial headwinds" for Bitcoin — he believes that the world's biggest cryptocurrency could be a "primary beneficiary" as the economic landscape shifts in a post-COVID world.

The analyst thinks that a tightening of monetary policy could cause a marked pullback on Wall Street, but this could create a "win-win" situation for Bitcoin.

According to McGlone, the fact that BTC and ETH have already experienced sharp corrections may give them a "relative advantage" in 2022 considering that broad equities "haven't had a 10% correction since the 2020 swoon."

That brings us neatly onto the issue of adoption. Speaking to the CoinMarketRecap podcast earlier this year, McGlone said the number of crypto naysayers is rapidly diminishing. Fast forward to now, he writes:

"Past performance is no indicator of future results, but when a new asset class outperforms incumbents, naysayers have little choice but to join in. We see this process playing a primary role in 2022, as money managers may face greater risks if they continue to have no portfolio allocations to cryptos."

CoinMarketCap data currently shows that there are more than 15,000 cryptocurrencies in existence. According to Bloomberg Intelligence, BTC and ETH are "poised to stay atop the ecosystem" next year — despite the fact there's still "plenty of speculation in the space" from the likes of Dogecoin and SHIBA INU.
McGlone describes Bitcoin's "initial 2022 cage" as being between $40,000 and $70,000 — adding that the cryptocurrency has been strengthened by 2021's dramatic shift in crypto mining from China to the U.S. and Canada. He went on to write:

"The key question facing Bitcoin nearing the onset of 2022 is whether it's peaking or simply a consolidating bull market. We believe it's the latter, and see the benchmark crypto well on its way to becoming global digital collateral in a world going that way. It's likely to be about key support around $50,000 and $100,000 resistance in 2022."

Overall, he believes it is a matter of time before BTC hits six figures — and it's all down to the simple economic principle of increasing demand against diminishing supply.

Ether's bull market cage is currently between $4,000 and $5,000, but here, McGlone's concern "is how overextended prices may need to get for a pullback, and how deep into support for the No. 2 crypto may dip until it finds responsive buyers."

The analyst was more dismissive of so-called "Ethereum killers" — arguing they "have a history of coming and going." Given how Ethereum is the home of non-fungible tokens and stablecoins, McGlone expects the blockchain to build on its usefulness next year, adding:

Crypto News
CoinMarketCap News, Feb 3: Doge's Couch Up for Auction... But Bids Aren't Accepted in DOGE
Also today, a top rapper is going to headline a virtual Super Bowl concert in the metaverse.
By Connor Sephton
3h ago
3m
Crypto News
Podcast: Warren Buffett's Right-Hand Man Rips Into Crypto in Newspaper Article
Also today, want to buy the couch that Doge sat on in THAT picture? Now you can.
By Connor Sephton
3h ago
1m
NFTs
Mastercard's NFT Lead Quits — and Accuses Company of Harassment
Satvik Sethi has minted his resignation letter as an NFT — and has claimed that, at times, he had to "beg across the hierarchy" to get his salary.
By Connor Sephton
5h ago
2m
See all articles