With the market finding a little bit stability, it is only logical to check out our favorite metaverse and NFT category! Wanna know which coin will outperform? Let's find out! 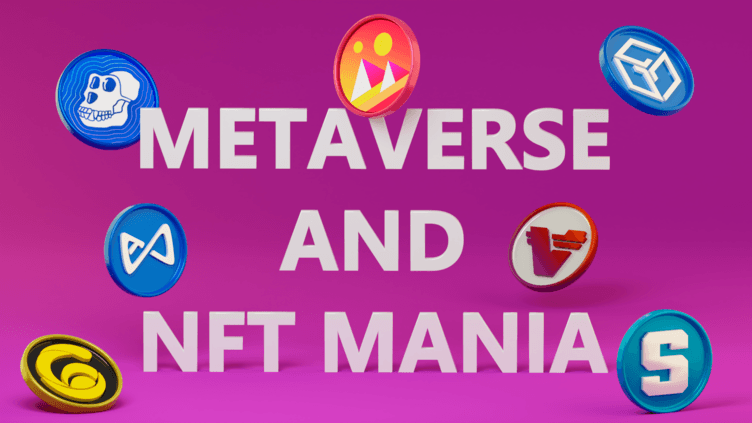 In the past few weeks, there has been plenty to note down. With LUNA crashing 99.9% in three days, Bitcoin (BTC) nuked to $25k. However, the price has recovered above range lows ($30k) for now, so this therefore could be a great place to dollar cost average into BTC. Nevertheless, it is good to look for higher beta altcoins that potentially could outperform BTC in the long run. Let’s have a look at some NFT and metaverse tokens and see how they look.

On the 4h time frame, we can clearly see that MANA has been in a significant downtrend. It has since tried to move up, forming a value area between $1.33 and $1.1. The price has formed equal lows around $0.5966. There will be significant liquidity below the lows, which will likely be taken if the price cannot reclaim this value area. If the price does reclaim it and can break out above $1.33, bulls could look to target $1.71. However, for now, it makes no sense to look for longs.

APE is also in a small value area between $9.7 and $7.8. Fading either side will likely pay well. The price is at the lower boundary now, so a long position could be a play, targeting the highs as there is clear invalidation. However, holding below $7.8 is not a good play. If value goes below $7.8, all-time lows will be on the table. However, if the price bounces and the value starts to form above $9.7, then the price could move up to $13.8. This is more than a 40% move.

SAND's momentum to the downside looks incredibly strong. Although it has not swept the lows of its original move like some coins, it is likely for the price to test the original lows of the move. These levels are $0.62 and $0.49. There was a large value area from $4 to $2.5, that has broken down. It seems as if the price will continue expanding to the downside. A reclaim of $1.5 would be the most bullish scenario, allowing bulls to target around $1.8.

RACA is one of the better-looking charts, it has formed a consistent uptrend since the 10th. Sellers almost filled that entire wich wick made in February; however, buyers front ran it slightly. This shows some buyer presence, meaning that this, in theory, could be a local bottom. Right now, the price is likely to test the $0.0008 supply zone. If it gets rejected, then sellers will likely drive the price down to fill the rest of the wick. However, if it moves above, then $0.00014 could be a good target for bulls.

There is extremely important support at $0.00739 for VRA. Bears have slammed the price down, and if it moves below this and starts to find value, it is likely going to go to $0.0018 - which is very bearish. However, the price is consolidating above support, and providing the price can hold above $0.00739, it could potentially move to $0.0156 as there is very little resistance on a move up.

AXS is ranging between $23.7 and $18.2 in a clear value area. This is important as whatever side this breaks out, it is likely to determine the direction of the coin for the foreseeable future.

Above $24, it is likely to go to $30, however, if it starts to break down, $14 is a possibility. There is significant liquidity below this low so it is something to watch out for.

GALA has now retracted the entirety of its previous move up, taking all liquidity below. It has attempted to bounce since, however, there is a significant supply zone between $0.12 and $0.105.

Summary of All Charts to Keep It Simple

Trading
Last Week on Crypto Twitter: SBF Gets Paid A Visit
Last week Crypto Twitter finally, sort of, moved on from the FTX drama. Now it’s all about the who-got-infected-by-FTX-drama.
作者：Scarpa
2 days ago
5分钟
Trading
Technical Analysis: DOGE, SHIB, BABYDOGE, CATE, FLOKI and SAITAMA (Nov. W5)
Memecoins recently confirmed the double bottom! Will the rally continue?
作者：Scarpa
2 days ago
3分钟
Trading
Proof of Reserves: These Exchanges Are Adhering to the New Standard
After the FTX collapse, a number of cryptocurrency exchanges have now moved to restore faith in CEXes by posting their Proof of Reserves.
作者：Scarpa
2 days ago
5分钟
See all articles