CoinMarketCap and Nansen look at the most exciting events in the NFT space — from ex-convict Anna Sorokin of Netflix fame launching an NFT collection, to acquisitions by eBay and Uniswap. 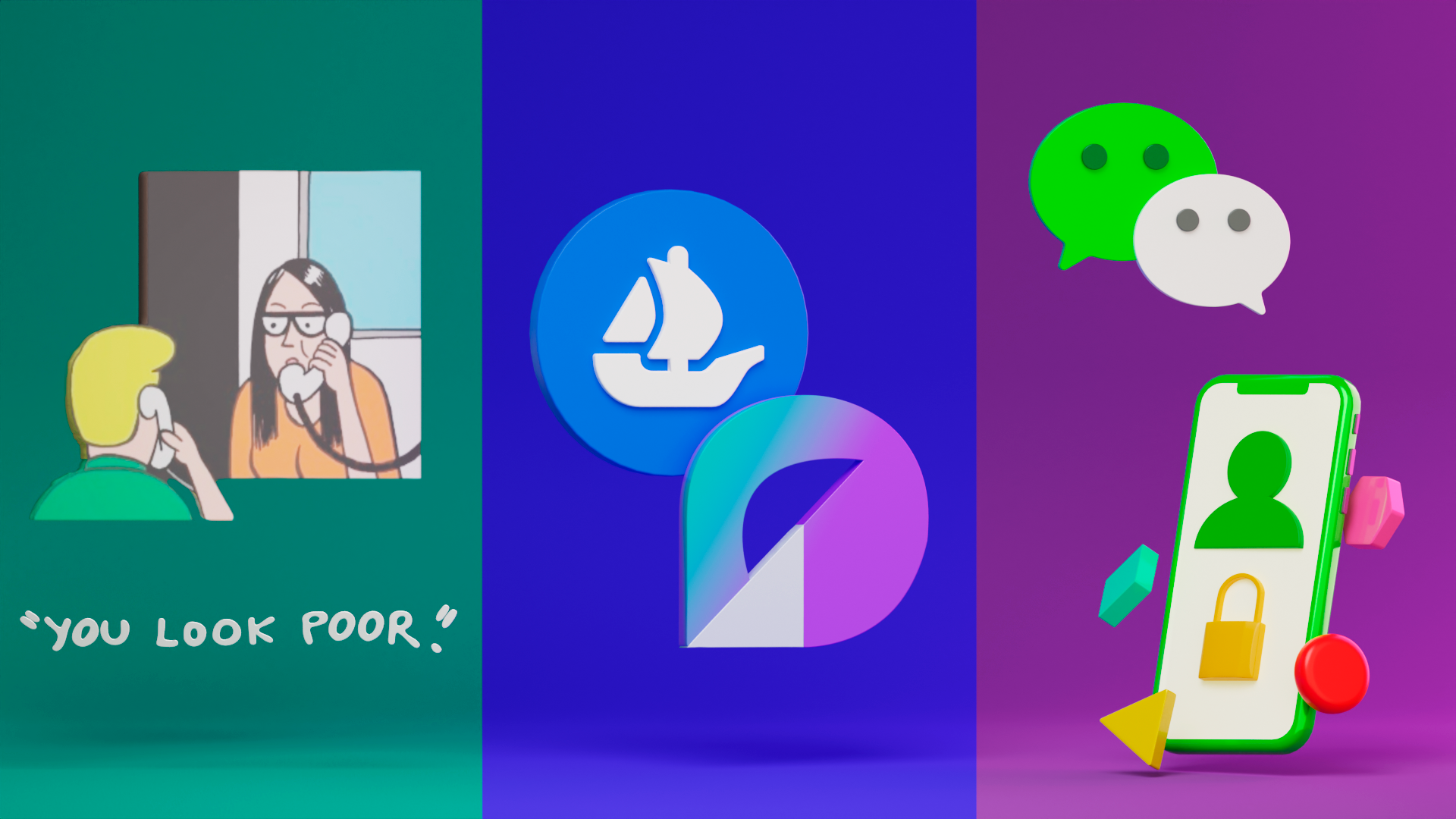 Would you purchase the NFT collection of an ex-convict? Anna Sorokin, who was docked for posing as a wealthy German heiress, has launched an NFT collection as a way to reinvent herself. Meanwhile, investments have continued to pour into NFT startups, with Solana’s leading NFT marketplace Magic Eden raising $130 million in Series B.

The Nansen NFT-500 index sees a strong move upwards after bottoming at ~840 index points on 18 June and currently sits at 1005 points, a 20% move. Looking at the top collections in the index, most collections are up double digit percentages over the past week. The biggest moves came from CryptoPunks, Meebits and Doodles, all of them having positive catalysts.
Doodles announced a fundraising round led by Alexis Ohanian and onboarding Pharell as their Chief Brand Officer. Pharell isn’t the only new hire in the NFT universe. Noah Davis, Head of Digital at Christie’s, announced his move to YugaLabs as the brand lead for CryptoPunks.
Nansen has tons of free dashboards available for their Nansen Lite subscribers. Sign up for an account today and start exploring!

In a Wednesday statement, eCommerce giant eBay announced that it had acquired UK-based NFT marketplace KnownOrigin for an undisclosed sum.

According to KnownOrigin co-founder David Moore, the partnership would help the NFT platform to attract a new wave of NFT players. “As interest in NFTs continues to grow, we believe now is the perfect time for us to partner with a company that has the reach and experience of eBay,” he said.

eBay is no stranger to the world of NFTs. It began supporting NFT trades on its platform last year, revealing then that there were more plans in the pipeline. And in May this year, it launched its first NFT collection in collaboration with the green NFT marketplace OneOf.

Uniswap is deepening its presence in the NFT scene following the acquisition of NFT marketplace aggregator Genie.
The leading decentralized exchange announced on Tuesday that the move is part of its mission “to unlock universal ownership and exchange.” Beginning with the Uniswap web app, the decentralized exchange will begin to integrate NFTs into its product line. This support will be extended to other products like developer APIs and widgets further down the lines.

As with most exchanges, Uniswap has had some dealings with NFTs in the past. In the spring of 2019, it released Unisocks, its so-called “experimental” NFT liquidity pools backed by real-world assets.

“We’re excited to bring what we’ve learned building DeFi products to NFTs,” said Uniswap in the announcement. Genie users are also expected to enjoy the dividend of the acquisition and integration in August. Uniswap disclosed its plan to airdrop USDC to historic users.

As for the NFT platform, Genie is the first NFT marketplace aggregator that allows users to purchase digital collectibles from various marketplaces. The service allows collectors to “batch buy NFTs across all major marketplaces in a single transaction and save up to 40% on gas fees.”

The NFT market may be experiencing some turmoil but this has not stopped investors from entering the space. In a funding round that brought the company’s valuation to $1.6 billion, Solana’s top NFT marketplace Magic Eden has raised $130 million.

The Series B round was co-led by Electric Capital and Greylock, with participation from previous investors, Paradigm and Sequoia Capital. Lightspeed Venture Partners joined as a new anchor investor.

The new capital injection will be used to ramp up the company’s primary and secondary marketplaces to support creators and collectors in the NFT space. In particular, the company will explore multi-chain support, as well as enhance the user experience through improved analytics, insights, and trading tools. Magic Eden CEO Jack Lu told reporters:

“We weren’t intending to kick off another round immediately, but we had a lot of interest. A lot of investors still feel we are very, very early […] We want to be there every step of the way of the long creator journey: pre-mint, launch, post-mint. We have always known our creators deeply, and we intend to develop other tools across operations, marketing and tech support.”

Founded in September 2021, Magic Eden has grown to become a key player in the Solana NFT ecosystem. To date, its primary Launchpad has launched over 250 projects, with the secondary marketplace accounting for 92% of the Solana NFT market. Avichal Garg, the managing partner at Electric Capital, said the company’s valuation has soared tenfold since March, Bloomberg reported.
Back in March, the firm raised $27 million in a Series A round led by Paradigm. Back then, Lu said:

“Magic Eden will be much more than a place for users to purchase NFTs. Our goal is to make a clear distinction between Web2 and Web3, allowing creators, collectors, and supporters to engage with each other and lead the direction of their online interactions.”

According to Lu, his company is working on a 10-year timeline. “Magic Eden’s goal is to define the future of NFTs by supporting the next generation of digital creators and introducing the next billion users to Web3,” he said.

On multiple occasions, the Ukrainian government has turned to NFTs to raise funds amid its ongoing war with Russia. In March, an NFT of the Ukrainian flag was sold for $6.75 million. The government has now sold a CryptoPunk for over $100,000 to support its war efforts against Russia.
Over the past week, the Ukrainian government revealed that its Aid for Ukraine crypto fundraising campaign had sold CryptoPunk #5364. The said NFT, which was donated to the fund in March, was purchased by an anonymous buyer for 90 ETH. Alex Bornyakov, Ukraine’s Deputy Minister of Digital Transformation, took to Twitter to announce the sale on Monday.

The war-torn nation began accepting crypto and NFT donations in late February. Since then, the country has reportedly raised over $135 million in crypto through NFTs and crypto donations.

The interesting thing about the CryptoPunk sale is that the NFT was valued at almost three times its current price when it was donated in March. The crypto and NFT markets have fallen sharply in the past few months, and it is unclear if Ukraine’s decision to sell the CryptoPunk is out of desperation or from the belief that NFT prices will fall even lower.

High gas fees on the Ethereum blockchain has been a subject of many discussions for years now. The legacy blockchain is known to crumble under pressure during seasons of high demand. Notably, the gas fees for Yuga Labs’ recent Otherside mint stood at a staggering $123 million.

In a bid to address the fee issue, OpenSea has migrated to a new smart contract – “Seaport Protocol,” a move that the leading NFT marketplace believes will help its users save money on Ethereum gas fees.

OpenSea said that its 1.8 million users will be able to save roughly 35% on gas fees with the Seaport contract. Moreover, new accounts will no longer need to pay the one-time “setup fee” that the company previously charged.

“We estimate the new contract will save $460 million in total fees each year,” OpenSea said in a Twitter thread announcing the Seaport migration.

Seaport is a decentralized and open-source protocol that allows users to include multiple items in a single on-chain transaction. The protocol has been audited by Web3 security firms Trail of Bits and OpenZeppelin and is not exclusive to only OpenSea.

Prior to OpenSea’s migration, the NFT trading platform used the Wyvern protocol. However, the less-efficient protocol was exploited back in February in an off-platform phishing scam that led to the loss of $1.7 million.

Following the integration, OpenSea is now building a tool that will allow its customers to list multiple NFTs for sale at once and only pay a single gas fee for the batch of listing. The company also disclosed that further down the line, NFT collection owners will be able to include more than one payout address for sales and royalties.

China’s WeChat Clamps Down on NFT and Crypto-Related Accounts

Despite its stringent stance on cryptocurrencies, China has remained rather quiet about non-fungible tokens. However, this has not stopped businesses operating within the region from maintaining some level of regulatory oversight on NFT trading activities.

In its latest attempt at checkmating the activities of NFT traders, WeChat has updated its policies to ban accounts that provide access to crypto and NFT-related services. The policy extends to the activities of secondary NFT trading, with the firm stating that “accounts that provide services or content related to the secondary transaction of digital collections shall also be dealt with.”

Under the new guidelines, accounts that are involved with the issuance, trading, and financing of crypto and NFTs will either be restricted or outrightly banned as they fall under the “illegal business” category.

Hong Kong-based crypto news reporter Wu Blockchain (Colin Wu) brought the policy change to light on Monday, pointing out the impact of the decision on the industry given that WeChat has over 1.1 billion daily users in China.

According to the new policy, once violations are discovered, “the WeChat public platform will, according to the severity of the violations, order the violating official accounts to rectify within a time limit and restrict some functions of the account until the permanent account is banned.”

Ex-Convict Anna Sorokin Wants You To Buy Her NFTs

One of the high points of the NFT market is that just about anybody can create an NFT collection. On the flip side, this means that malicious elements can hijack the process, as seen in times past.

Russian-born Anna Sorokin was arrested and convicted in 2019 for scamming many friends and businesses of hundreds of thousands of dollars. She posed as a wealthy German heiress under the name Anna Delvey between 2013 and 2017 until the long arm of the law caught up with her.

Now, the convicted felon is launching an NFT collection for her biggest fans but here is the twist. Sorokin hopes that the move will help rehabilitate her already battered image.

Last week, Sorokin told NBC News' Savannah Sellers in an interview that she had released 10 NFTs that will grant holders "exclusive access" to her, including one-on-one phone calls, items from her, and in-person meetings, based on the tier purchased. In addition, the “Anna Card” collection of 2,000 NFTs was minted on June 15 and can be purchased for 0.1 ETH each.

“We are creating a ‘Reinventing Anna’ NFT project […] I’m trying to move away from this like, quote unquote scammer persona,” Sorokin said, adding:

“This is, like totally, has been pushed upon me by the prosecution and by the following media and by the Netflix show, but I’m trying to move away from that definitely.”

Sorokin wants potential buyers to believe that she is no longer a “vicious scamming person” but given her previous antecedent, the ex-felon may just be out to make some quick cash.

Crypto News
Crypto Can Make You More Attractive, Poll Suggests
According to eToro, 33% of Americans would actually be more likely to go on a date with someone who mentions cryptocurrencies in their dating profile.
Автор Connor Sephton
8 months ago
2 хв
Crypto News
CoinMarketCap News, Sept 5: NFTs Are Here to Stay — This is Why
OpenSea's trading volumes have plunged by more than 90%, but this doesn't tell the entire story.
Автор Connor Sephton
1 month ago
4 хв
Crypto News
$320M Stolen from Wormhole Replaced By Parent Firm
It's a staggering amount of money — and Jump Trading can likely afford it thanks to how it's responsible for executing crypto trades on behalf of Robinhood.
Автор Connor Sephton
8 months ago
2 хв
See all articles