What Are ERC-20 Tokens? Find Out Now as the Decentralized Finance Industry Takes Off

Contributor: an insight into some top tips beginners need to know before getting started trading or using ERC-20 tokens. 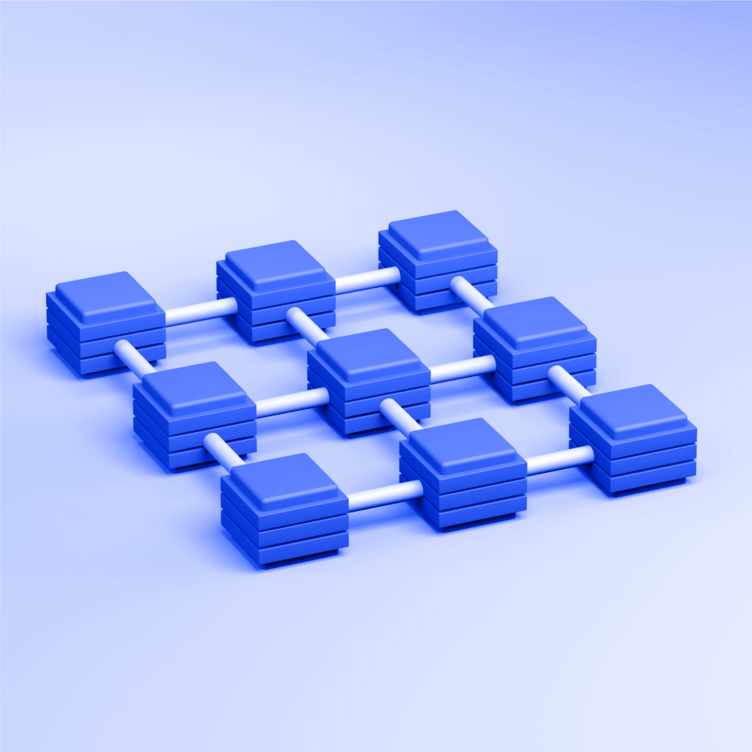 Created by Fabian Vogelsteller in 2015, the ERC-20 token is the technical standard used for all smart contracts on the Ethereum blockchain for token implementation.

Ethereum has the second-largest market capitalization to Bitcoin, but it is used in a different way — the Ethereum blockchain is based on the use of tokens, which can be bought, sold or traded.

In the Ethereum network, tokens represent a diverse range of digital assets, such as vouchers, IOUs (debt owed), or even real-world, tangible objects. Essentially, Ethereum tokens are smart contracts that function on the Ethereum blockchain.

ERC-20 stands for “Ethereum request for comment” and is part of a collection of several other Ethereum standards, such as the ERC-721, which focuses on non-fungible tokens (NFTs) and ERC-884, which allows companies to use blockchain to maintain share registries (specifically in Delaware, but that’s another story).

How Does an ERC-20 Token Work?

ERC-20 tokens are blockchain-based assets that have value and work by being sent and received on the blockchain.

The difference between an ERC-20 token and Bitcoin for example, is that instead of running on their own blockchain, ERC-20 tokens are issued on the Ethereum network.

Another difference between the ERC-20 token and Bitcoin is the need for tokens to write a piece of code to be stored on the Ethereum blockchain.

The Ethereum blockchain is then responsible for handling transactions and keeping track of the balance of token holders – this procedure is not required for other digital coins.

ERC-20 tokens are sent using Ethereum Gas. Gas refers to the fee, or pricing value, required to successfully conduct a transaction or execute a contract on the Ethereum blockchain platform.

Ether (ETH) is used to fuel transactions on the Ethereum network.  Ether helps to fund the mining costs and without it, it would not be possible to send tokens through the network.

ETH itself is not an ERC-20 token; instead, there is a version of ETH called “Wrapped Ethereum,” (WETH) which is an ERC-20-compliant version of ETH. This means some decentralized applications (DApps) favor WETH instead of ETH for technical reasons such as trading.

ERC-20 tokens provide the overarching standards by providing rules which all Ethereum tokens should adhere to. Ethereum operates on a decentralized financial network, and while it is not mandatory to use the ERC-20 standard, it is certainly advantageous to use as a set of guidelines while operating in the Ethereum space.

Some of these aforementioned rules revolve around how the tokens can be transferred, how transactions are approved, how users can access data about a token and the total supply of tokens.

If you are planning on purchasing any digital currency that's issued as an ERC-20 token such as Tether, BAND, AAVE, you must also have a wallet that is compatible with these tokens.

There are many different options for wallets including Metamask, MyEtherWallet and others.

In short, they make everything more simple.

ERC-20 makes the creation of new tokens extremely easy, and that is why Ethereum became the most popular platform for ICOs in 2017.

An ICO, or initial coin offerings is a type of crowdfunding, except backers receive newly-created tokens. It’s a way for companies in the crypto economy to raise capital and fund development.

The trading price for one ETH at the beginning of January 2017 was around $8. Two months later, that figure had quadrupled and then the rest was history. The price for one ETH reached an all time around $1440 on January 13th 2018, up 18,000% from previous year.

This was because, ICO’s were raking in millions of dollars from “promises” within their white papers, with many not having a real working product.

Speculation was turning into sublimation, and every project was adorned regardless of how long it will take to implement features and developments.

Now in 2021, Ethereum is the go-to network behind the decentralized finance (DeFi) industry because of its strength as a platform for smart contracts.

Before ERC-20 tokens, developers would use other terminology in the code — e.g. one token uses [totalAmount] while another uses [totalNumber].

Exchanges and wallets needed to build their platforms to accommodate for each token’s code.

With a universal standard, new tokens can be put on an exchange or transferred to a wallet automatically once they have been created.

ERC-20 tokens have played a big role in making many cryptocurrencies and tokens accessible for mainstream use, given the simplicity and potential for interoperability with other Ethereum token standards.

What Does This Have to do With the Decentralized Finance (DeFi) Industry?

For the most part, the DeFi industry is based on the Ethereum blockchain.

ERC-20 matters to DeFi, because it is an official protocol for proposing improvements to the Ethereum network.

Ethereum is able to support DApps. These DApps are built on the existing Ethereum blockchain, piggybacking off of its underlying technology.

In return, Ethereum charges developers for the computing power in their network, which can only be paid in its currency, ETH.

Depending on its purpose, a DApp might create ERC-20 tokens to function as a currency, a share in the company, for points in a loyalty program, or even proof of ownership.

DeFi empowers DApps to be built on decentralized technology, rather than being built and controlled by a single, centralized entity or company and DApps empower DeFi as they are a vehicle for its mission in practice.

How Can You Make Sense of Real Use Cases for ERC-20 Tokens?

There are more than 200,000 ERC-20-compatible tokens that exist on the Ethereum blockchain, but only 2,600 of these ERC-20 tokens are tradable. This is because around 70-80% of them are simply test tokens for development and have only a few recorded transfers which you can track on CoinMarketCap. In order to have a token listed on an exchange, it should at least have a business model and value to make it “official” (while each exchange has its own more specific listing guidelines, of course).

There is roughly $100 million of capital in these tokens, with 3.5 million transfers occurring daily as demonstrated by Ethplorer here and below.
Blockchain explorers such Ethplorer allow you to track all of the activity around these tokens here.

As you acquire more ERC-20 compatible tokens, you’ll want to track these and see how they perform.

What most people don't realize is that you can also track a portfolio using a blockchain explorer. You can use the same explorer to see the status of a transaction, check where your crypto came from, or view the average mining fee.

You can get the same wealth of data from a regular Ethereum block explorer, including the value of your coins in USD and the portfolio's performance chart as you can with dedicated portfolio trackers used by crypto pros.

How Do You Begin Trading and Using Tokens?

You begin by setting up a crypto wallet such as the ones previously mentioned, MetaMask or MyEtherWallet.

Once you have successfully done so, connect your wallet to a blockchain explorer such as Ethplorer to help track the value of the tokens you want to use and trade.

Simply enter your wallet address in the search field — the same field where you normally paste the transaction ID — and hit “Search.”

Ethplorer will give you a summary of an address’s portfolio, including the total value in USD with all tokens. There is also a historical performance chart, where you can choose between different views: one month, six months, a date range and so on.

That’s essentially what you look for in a portfolio tracker – the whole portfolio’s value in USD on any given date in the past.

The ERC-20 token has been fundamental in the development and implementation of digital currencies in the mainstream. While some have criticized that it is too easy for people to create their own tokens with ERC-20, the token’s regulations and guidelines have provided a benchmark for other Ethereum tokens to follow which overall is helping to create a healthier ecosystem for the future.

Your friendly gate into the Ethereum tokens world,

Crypto Basics
Week in DeFi: Frax Leads LSD Race, MetaMask Hops on the Bandwagon
Another exciting week in DeFi as markets rally and the LSD narrative heats up — check out our weekly roundup of the most important DeFi tweets, news and alpha you can't miss out.
Yazan: 0xKira
1 day ago
4d"
Crypto Basics
What Are Cryptocurrency Hedge Funds?
Cryptocurrency hedge funds work much like traditional hedge funds in that they allow individual investors to contribute to an expert-managed investment pot.
Yazan: Daniel Phillips
1 week ago
6d"
Crypto Basics
Blockchain Gaming: Pipedream or Prophesy?
CoinMarketCap Alexandria analyzes the state of blockchain gaming in 2023 — and its future potential.
Yazan: Daniel Phillips
1 week ago
7d"
See all articles