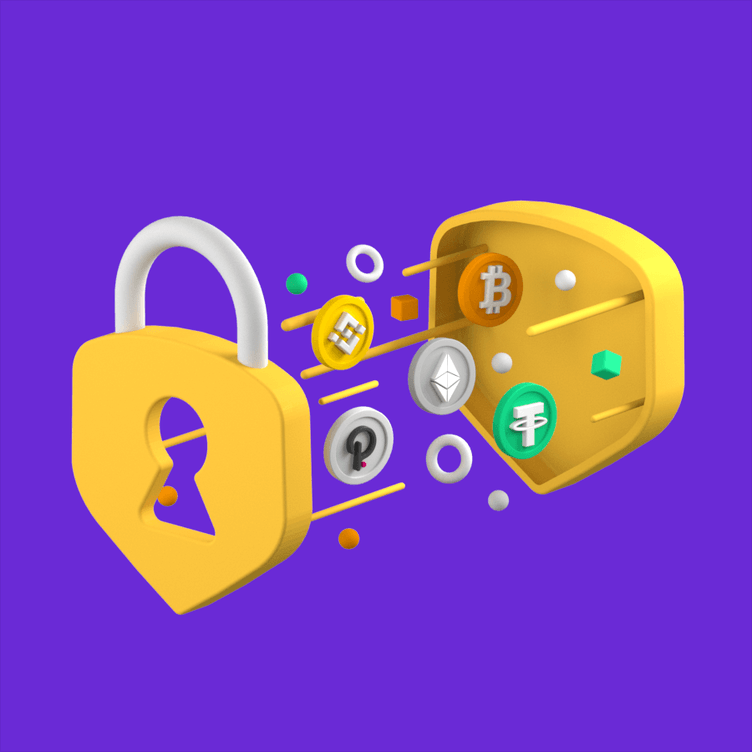 Facebook CEO Mark Zuckerberg had barely exited the doors of the U.S. Capitol building after a grilling over its January siege, when he needed to explain this week how his platform allowed the personal data of over 550 million users to land on the internet. To add insult to injury, for free no less.

Commercial virtual private networks (VPNs) have long been used to combat creeping internet censorship and data exploitation. Yet, they have their weaknesses, such as a centralization, commercial objectives, opaque data practices and increasing pressure from some authorities to reveal user information.

As a result, there is growing support for fully decentralized VPN solutions that can all but guarantee more robust and resilient security and privacy for its users.

This article takes a look at the data privacy and censorship issues that the new generation of decentralized virtual private networks (VPNs) like Deeper Network, Zeronet and KelVPM  aim to solve.

While social media giants are increasingly muting dissenting voices on their platforms for violating vague and convoluted policies, they are, in turn, being censored in many authoritarian regions across the globe.
Let’s start with the most obvious example: China’s “Great Firewall,” which bans access to Facebook, Twitter, Google and other Western social media platforms in order to prevent its citizens from accessing political content. Instead, the PRC has ensured that homebred and controllable versions such as WeChat, Baidu and Weibo proliferate and become dominant.
It’s easy to just point out China and other human rights offenders in Asia and the Middle East again, but the United States have also made some dubious censorship plays recently. For example, the Trump administration took aim at WeChat and TikTok only last year, citing vague security concerns. These actions were eventually paused by President Biden in January 2021.
And of course, there was February’s Australia vs Facebook standoff, which resulted in the banning of Australian news organizations’ content and citizens’ link sharing on Facebook.
While Facebook eventually blinked first, the debacle became a face-saving lesson for both parties long before its conclusion.
This might be just the tip of the iceberg, as much of government interference happens under the surface — kind of like those fishing nets in the Seaspiracy documentary.

Social media platforms and websites’ security can be more porous than Facebook’s claims that it doesn’t spy on users, providing a veritable feast of data for digital miscreants like hackers and scammers to steal for various nefarious purposes. However, the stakes are raised considerably when governments become involved.

It’s no secret that the United States, Russia and China are increasingly waging a new intelligence cold war on each other, with social media and email platforms the new 21st century battlegrounds.

Consider the recent case of well-funded Chinese hackers from Xinjiang who were blocked by Facebook after they targeted activists, journalists and Uighur Muslims abroad, luring their targets with phishing malware that enabled the hackers to spy on their activities. In light of the documented Uighur Muslim human rights abuses at internment camps, this data mining could have very severe consequences for its victims and their families.
Meanwhile, Russia’s long interference with U.S. and UK politics have been well documented, and likely contributed to Donald Trump presidential win in 2016. Its recently discovered hacking of U.S. governmental institutions is causing intense political friction.
Again, the U.S. is not merely an innocent bystander. Whistleblower Edward Snowden revealed that NSA surveillance kept a record of millions of calls from Americans, which complemented past reports that the U.S. collected and stored around 200 million text messages worldwide daily.

In the midst of all this mayhem, stands the personal user, either oblivious or powerless to the misuse of their data. Can anything be done?

How Secure Is a Centralized VPN?

Virtual private networks (VPN) have become an established means in the last decade for millions of users to escape censorship and keep your data safe.

A VPN is a software application that gives users access to a proxy network in an attempt to hide their IP address, and works by rerouting a user’s connection into multiple other servers worldwide. However, concerns are mounting that completely encrypting an IP address via a VPN is technically impossible. Moreover, there have been investigations that exposed the vulnerability of VPNs.

A few years back, three major VPN providers were reported to have leaked their users’ IP addresses, proving they were not completely safe from hackers, who, in this case, were able to trace the users’ location.

The reason? Commercial VPNs have a single point of failure, which makes it easier to attack.

In terms of data privacy and security, commercial VPNs cannot be completely trusted either. There are providers that keep track of their users’ activities including the websites visited, duration of their browsing and their IP addresses. Even if they do not collect these details, they will still have a record of their subscribers’ e-mail addresses and billing information.

Even if we were to assume that VPN companies are bastions of integrity, they will likely have to give up their users in the event a court order commands them to do so. At this point, we’re failing to address the root cause of the problem, which is centralization.

The full decentralization of the internet will remove the need for any centralized authority to facilitate a global exchange and storage of information. Through blockchain technology, users can become both consumers and providers of information.
Blockchain enables encrypted records of information that are maintained by users, facilitating peer-to-peer interactions that cannot be viewed or exploited by any authority figure including the developers of the system.

There are several projects in the crypto space that are building out this decentralized promised land on competing blockchain platforms, such as Mysterium Network, Sentinel, Hhopr, KelVPN.

A clear frontrunner, though, is Deeper Network, a Silicon Valley-backed protocol which combines blockchain networking with physical VPN hardware which offers incentivized mining of its DPR token to run and maintain its platform.

Deeper Network is a Web3 Foundation grant recipient that is currently being built on Parity’s Substrate blockchain framework, the foundation for Polkadot’s technology stack.

Polkadot is an ambitious decentralized high-performance multi-chain network that seeks to create an ecosystem of interoperable blockchains for Web 3.0.
The blockchain and the Kusama canary network are able to process large batches of transactions quickly with greater scalability. It’s getting a ton of very ambitious projects to build on it and apply for its parachains.

Deeper Network provides an interesting use case, as it was selected to join the Substrate Builders Program in 2020 and also received a Web3 Foundation grant.

Touted as the world’s first decentralized VPN (DPN or dVPN) for life, the Silicon Valley-based Deeper Network started development in 2018 to create a purely decentralized network via public chains, applications and hardware gateways.

A DPN is a novel alternative to traditional VPNs that enable users to mask their IP address and avoid being spied on by third-parties, since the network has no central servers.

Importantly, Deeper Network allows every aspect of its ecosystem to remain free from third-party interference, and its standalone hardware technology ensures that network users can control their data privacy literally at the flip of a switch.

Furthermore, it allows anyone to build a website while keeping the IP address of their web server hidden. The network also offers a decentralized DNS service, making it less prone to hacks and censorships.

With existing DPN models already on both Amazon and Best Buy, the team has proven that they have the ability to cross over to the world’s biggest marketplaces.

The device not only allows users in countries with censorship issues to connect anonymously, but also to mine the Deeper Network token (DPR),which will be used to run and maintain the network, while they help to secure the peer-to-peer network.

The DPR token public sale concludes this week, before it makes its debut on exchanges and marketplaces on Apr. 10.

Zeronet is a nascent platform that enables users to create censorship-resistant websites for free. Zeronet is also powered by the cryptographic technology used in the Bitcoin and BitTorrent networks, making it less susceptible for outsiders to spy on anything within its domain.

KelVPN is a decentralized VPN being built on the Cellframe blockchain platform that promises to keep users’ data safe by tunnelling it between the blockchain nodes and encrypting it with variable quantum-safe encryption, making it theoretically impossible to track your data.

The key to solving today’s internet woes of data exploitation and censorship lies in our collective desire to veer away from centralized platforms in search of something better.

The growing practice of government surveillance, worsened by traditional social media’s apparent disregard for data privacy, will continue to remain an issue as long as centralized solutions remain prevalent and dominant. Regulation by the likes of the U.S. Congress won’t be enough, as technology has proven to outpace bureaucratic efforts to contain it.
All things considered, the only apparent solution is to decentralize the World Wide Web. Luckily, this is an area in which blockchain technology shines.

Blockchain technology has taken massive strides in the last couple of years, and there is genuine hope that its Web 3.0 iteration and decentralized applications will mark a more open, intelligent and autonomous reinvention of the internet, or at least a return to its earlier ethos.

With projects like Polkadot out there building the new borderless Web 3.0 universe, the tools are certainly in our hands to help speed up this migration.

The author of this article is an investor in Deeper Network.

Tech Deep Dives
How MakerDAO Is Forging the Future of Blockchain
A look at how MakerDAO and the multi-collateral DAI work.
Yazan: Anupam Varshney
3 months ago
6d"
Tech Deep Dives
What Is Hord?
CoinMarketCap takes a deep dive into a new project that is looking to improve access to ETFs.
Yazan: Daniel Phillips
1 year ago
5d"
Tech Deep Dives
DexTools Guide: How To Use Its Decentralized Market Data For Trading and Investing
What are some of the top tools that help you trade in crypto?
Yazan: Werner Vermaak
5 months ago
6d"
See all articles