The founder of the bankrupt crypto exchanges and trading firm Alameda Research blamed his staggeringly bad accounting and management for failures other allege had malicious intent. 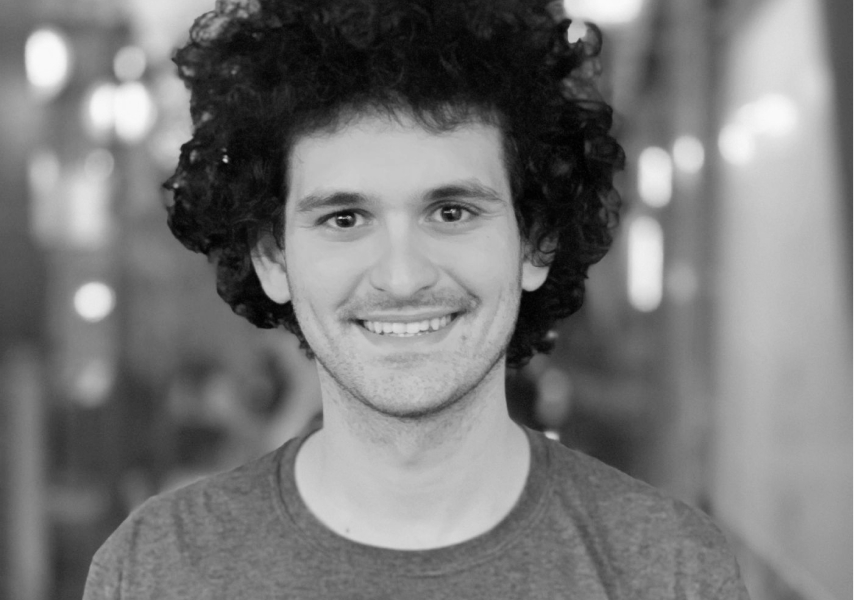 Asked about disgraced FTX CEO Sam Bankman-Fried, billionaire Dallas Mavericks owner and crypto investor Mark Cuban said on Tuesday that while he didn't know all the details of the case: "If I were him, I'd be afraid of going to jail for a long time."

Saying in a street interview with TMZ that the underlying value of crypto hasn't changed despite "a lot of people making a lot of mistakes," Cuban added:

"I talked to the guy and thought he was smart. I had no idea he was going to take other people's money and put it to his personal use. That sure seems like what happened."

Then again, if Bankman-Fried were smart, he probably wouldn't still be giving interviews himself.

What Do Lawyers Know?

That's certainly the advice his attorneys gave him, Bankman-Fried told blogger and crypto-lender Celsius bankruptcy victim Tiffany Fong during a pair of rambling calls on on Nov. 16 and Nov. 20 about the events that led up to the collapse of his FTX and FTX US exchanges and trading firm Alameda Research after heavy trading losses.

The reported reason was Bankman-Fried allegedly loaning as much as $10 billion of FTX customers' funds to Alameda using a very illiquid token created by FTX as collateral. Initial reports from the restructuring management team put in place after the bankruptcy filing say there's an $8 billion hole following the collapse of that FTT token.

After some earlier Twitter mea culpas — for "f****** up" with controls so lax he thought $13 billion in leverage was only $5 billion, not doing anything illegal — his lawyers, Bankman-Fried said, told him to stop talking. They warned him:

To which Bankman-Fried reported that he replied:

"I told them to go f*** themselves. I don't think they know what they're talking [about]. I mean, they know what they're talking about in an extremely narrow domain of litigation. [But] they don't understand the broader context of the world. Like, if you're a complete d*** about everything, even if it narrowly avoids making moderately embarrassing statements, it's not helping anything."

Which is a mindset other people's trial lawyers and prosecutors tend to appreciate.

In the first of two collections of audio excerpts posted on YouTube, Bankman-Fried denied FTX restructuring CEO John Ray III's accusations that there were back doors in the coding that let him hide sending funds to Alameda.

After telling Fong he wasn't familiar with those very widely reported allegations, Bankman-Fried said that it is "definitely not true" — adding that he doesn't even know how to code. Which doesn't really address the issue as he could, and if true likely would, have someone else do the actual coding of such a back door.

What did happen, he said, was that:

"I was incorrect on Alameda balances on FTX by a fairly large number, an embarrassingly large one."

Asked how that happened, he said:

"It was because of a, like, very poorly labeled accounting thing … basically there was a time way back yonder when people would wire money to Alameda and then ask to be credited on FTX. That basically never got trued up. That was a pretty big miss, and that's how Alameda was substantially more leveraged than I thought it was."

After a long and involved explanation of why the FTT token was far more risky than he believed and how that led to customers' $4 billion a day run on FTX, the conversation moved to the bankruptcy of FTX US. The American exchange is much smaller than FTX International, which was the No. 2 crypto exchange globally as recently as last month.

When Fong asked him why FTX US filed for bankruptcy when he'd said it was solvent, Bankman-Fried called himself a "f****** idiot" for letting himself be "coerced" into it.

Saying FTX US was not just solvent but $500 million in the black, he added:

"I would give anything to unfile that right now."

All in all, Bankman-Fried painted a picture of himself that is either staggeringly incompetent, dishonest or divorced from reality. He said:

"I honest-to-God believe if I hadn't filed for bankruptcy, all users would be whole and withdrawals would be [available], on FTX right now. And not just [FTX] US — [FTX] International as well."

Claiming that he is still trying to raise funds to restore FTX and make customers whole, Bankman-Fried said:

But, he added, "eight f****** minutes after I filed for bankruptcy, $4 billion more came in of liquidity."

That a claim he returned to later, when asked if reports of post-bankruptcy accounting suggesting FTX international clients will get almost nothing are accurate. He replied:

"Eventually [FTX US clients] will get a penny on the penny, a dollar on the dollar … and international will get, I don't know, 20 to 25 cents on the dollar. Something like that."

The reason, he said, is "because they've got $4 billion sitting here waiting to be injected."

One of the biggest fights in the U.S. bankruptcy of the FTX Group (which includes Alameda and Bankman-Fried's approximately 130 other companies) is shaping up to be the one between the courts in the U.S. and The Bahamas, which seized a large chunk of money from one of the companies in its jurisdiction — after the Delaware bankruptcy court ordered a worldwide freeze on assets.

On top of that, Bankman-Fried briefly reopened withdrawals in The Bahamas after halting them for the rest of FTX's customers. While telling Fong he'd given U.S. authorities a "one-day heads-up" and gotten no response, Bankman-Fried gave a very practical reason for his actions. Denying that it was aimed at insiders, he said:

"Realistically speaking it's s*****, but the pathway forward for FTX involved Bahamians not being pissed at it."

Another issue he addressed was his eight-figure political donations — and he'd originally promised nine — which Republicans have noticed went almost entirely to Democrats.

"I donated about the same amount to both parties this year," he said, adding that he took advantage of campaign finance laws — which he sounded like he did not approve of —  that let him donate unreported dark money. Bankman-Fried added:

"All my Republican donations were dark, and the reason … is because reporters freak the f*** out if you donate to a Republican. They're all super liberal and I didn't want to have that fight."

One of the top Democratic donors in the 2022 election cycle, Bankman-Fried claimed he "was the second or third-biggest Republican donor this year as well."

He focused on the primaries, he said, adding that general elections are "not what matters" while the primaries let him influence the selection of good candidates over bad ones.

When Bankman-Fried talks cynically about his election donations after long making morally centered campaign contributions a big part of his public image, and goes on about how FTX's collapse was all just a big accounting and oversight mistake, it's hard not to look back to an earlier conversation with an actual journalist — Fong has stated very clearly that she is not one — that he claimed he did not think was on the record.

On Nov. 16, Vox reporter Kelsey Piper asked Bankman-Fried if all of his talk over the past few years about ethics and giving away all of his billions on "effective altruism" was "mostly a front."

She responded by asking:

"You were really good at talking about ethics, for someone who kind of saw it all as a game with winners and losers?"

"Ya. Hehe. I had to be. It's what reputations are made of, to some extent. I feel bad for those who get f***** by it. By this dumb game we woke westerners play where we say all the right shibboleths and so everyone likes us."

When her story broke, Bankman-Fried claimed he had just been venting.

Compare that to the comments he made at the end of Fong's second interview, which mostly dealt with the details of how he lost track of how much margin FTX actually had running. He said:

"A while ago I was going to, you know, spend my life trying to do what I could for the world. Obviously it hasn't turned out how I hoped. That's obviously true in terms of my life, but more importantly, it's true in terms of what my actual goals were. I feel really bad for the people who trusted me and believed in me and were trying to do great things for the world and tied it to me in some way. And then that got undermined because I f***** up. That's the s***tiest part of it … and right now any apology from me would ring hollow."

Bankman-Fried told Fong that he was "mostly focusing on what I can do," at the moment, adding "​​there will be a time and place for ruminating on my future, but right now it's more one foot in front of the other and, you know, trying to be as helpful and constructive as I can."

"I don't know what the future will hold for me. It's pretty unclear and it certainly isn't the future I once thought it was."

Whether it's the future Mark Cuban predicted remains to be seen.

Crypto News
Judge Asked to Tighten SBF's Bail Conditions After He Messages Potential Trial Witnesses on Signal
Sam Bankman-Fried reached out to the current general counsel of FTX US with a proposal to "vet things with each other" — raising alarm bells with prosecutors.
Yazan: Connor Sephton
11 hours ago
3d"
Crypto News
Law Firm Overseeing FTX Bankruptcy Could Make Hundreds of Millions of Dollars
Sullivan & Cromwell has more than 150 people working on the case — and 30 of them charge over $2,000 per hour. Associates are paid a minimum of $810 per hour.
Yazan: Connor Sephton
11 hours ago
1d"
Crypto News
Man Jailed After Stealing $2.5M of IOTA from Over 100 Investors
Wybo Wiersma, a Dutchman living in the United Kingdom, had established a website called iotaseed.io, which apparently allowed people to generate a secure seed phrase.
Yazan: Connor Sephton
11 hours ago
1d"
See all articles