Crypto News, May 19: Pantera Cashed out LUNA in Time, Novogratz Did Not

VC fund Pantera Capital announced that it had cashed out most of its LUNA in time, unlike Novogratz, who is left with a LUNA tattoo (which he does not regret). 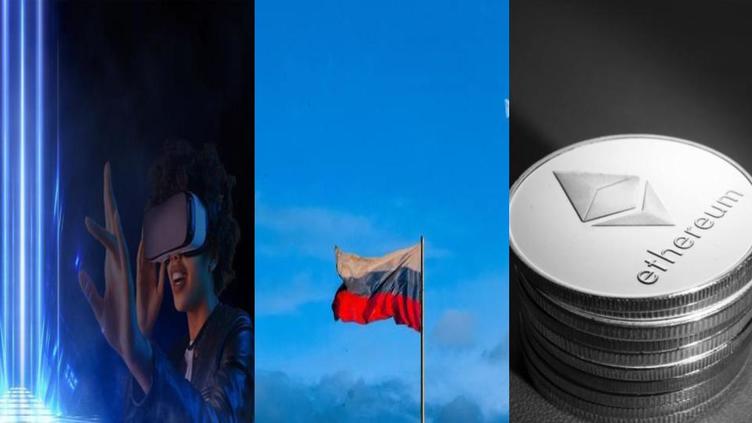 VC fund Pantera Capital turned a tidy profit on its LUNA investment and cashed out 80% of it in time, according to executives. That comes on top of a profitable seed round investment in Terra, which will leave retail traders wondering why the big boys always get away with it. The fallout from the UST collapse continues, as UST still seems to be on the book of centralized savings providers.

Novogratz Says LUNA Tattoo Will Be a Constant Reminder 🌝

Mike Novogratz, CEO of Galaxy Digital, has no regrets regarding his LUNA tattoo. He said it will serve as a constant reminder that investing requires humility. The billionaire investor turned to shareholders with an open letter, breaking his silence following Terra’s collapse. He addressed the bad macro conditions that accompanied the crash and expects crypto to consolidate before moving back up.

Russia Minister of Industry and Trade, Denis Manturov, said crypto legalization in Russia is only a matter of time. The minister stressed the necessity for regulation to be introduced and admitted that the government is actively working in this direction. Russia has become markedly more crypto-friendly in recent weeks, with a draft bill already being discussed between different ministries.

Ethereum is moving a step closer to completing its switch to Proof-of-Stake in June. The Ropsten testnet is set to undergo a merge with a proof-of-stake chain, marking the closest equivalent to merging the Ethereum mainnet thus far. The developer community fully expects Ethereum to stick to its merge schedule in the months after June.

Andreessen Horowitz announced the launch of a $600 million metaverse gaming fund called GAMES FUND ONE. The fund will invest in game studios, game and consumer applications, and gaming infrastructure. Andreessen Horowitz was joined by several industry leaders, which marks almost three billion dollars raised for web3 gaming
This article contains links to third-party websites or other content for information purposes only (“Third-Party Sites”). The Third-Party Sites are not under the control of CoinMarketCap, and CoinMarketCap is not responsible for the content of any Third-Party Site, including without limitation any link contained in a Third-Party Site, or any changes or updates to a Third-Party Site. CoinMarketCap is providing these links to you only as a convenience, and the inclusion of any link does not imply endorsement, approval or recommendation by CoinMarketCap of the site or any association with its operators. This article is intended to be used and must be used for informational purposes only. It is important to do your own research and analysis before making any material decisions related to any of the products or services described. This article is not intended as, and shall not be construed as, financial advice. The views and opinions expressed in this article are the author’s [company’s] own and do not necessarily reflect those of CoinMarketCap. CoinMarketCap is not responsible for the success or authenticity of any project, we aim to act as a neutral informational resource for end-users.
11 people liked this article

Crypto News
FTX Asks To Subpoena Sam Bankman-Fried, His Family and Top Lieutenants
The executives and lawyers seeking to unwind FTX's abysmally recorded assets have complained that they are getting no cooperation.
Yazan: Leo Jakobson
4 hours ago
3d"
NFTs
NFT Contest in Nike's Web3 Venue .Swoosh Offers Designers Access and Royalties
The virtual sneaker design contest will pair winners with Nike designers to create virtual kicks that could be dropped with its first NFT drop.
Yazan: Leo Jakobson
4 hours ago
2d"
Crypto News
FBI Hacks Hive Ransomware Gang, Saving 300 Victims $130M
The FBI infiltrated the Hive network in July, stealing decryption codes for some 1,300 old and new attacks, as well as contributing to a sizable drop in ransomware payments in 2022.
Yazan: Leo Jakobson
4 hours ago
4d"
See all articles