Also on this week's show: Why the next bear market might be more painful than the last, and the new tool that's designed to tackle NFT fraud. 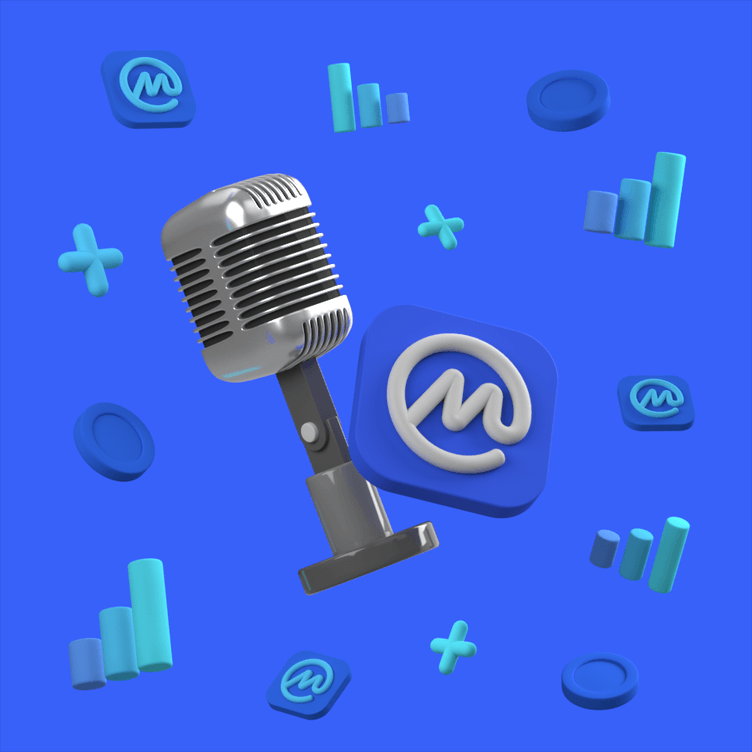 It's all been rather topsy turvy this week. Bitcoin pulled back from all-time highs — but Ether's price did manage to break a new record.

However, the real attention this week has been on SHIBA INU — the meme coin that has risen by more than 1,000% so far in October.

SHIB's value has more than doubled in the space of a week… and at one point, it had even surpassed Dogecoin in the rankings.

"It's kind of sad to see the spotlight of cryptos being taken by meme coins at this stage while crypto and blockchain are here for the future."

And when asked whether SHIBA INU's rise is sustainable, he warned:

"Obviously not. If there is going to be a bear market at some point, those meme coins will be crashing heavily and most of them will just go to zero … If you're holding SHIBA INU, I guess you should be taking profits, just leave it behind."

Returning to Bitcoin, and Michaël said he doesn't think Bitcoin will top out in December like it did in 2017 and 2020. Instead, he predicts there will be a lengthening bull cycle that will last into 2022.

"It's all depending on the strength and the vertical manner of Bitcoin going upwards. If it's just going to be grinding like last year, I think we are going to have a little longer bull cycle, but if it's going to accelerate really fast, like 2017, we are going to top out soon."

CoinMarketCap's Molly Jane Zuckerman joined us for a news roundup — and we began by talking about Tesla. The electric vehicle maker has suggested in an SEC filing that it may resume accepting Bitcoin as a payment method in the future.

Also on the agenda was a new report that suggests the top 1,000 investors own a staggering three million Bitcoin between them, while the top 10,000 individuals own a third of all the Bitcoin that's ever been mined.

Last but by no means least, we discussed the news that FTX is paying millions of dollars for a primetime ad during the Super Bowl. It comes after quarterback legend Tom Brady gave a fan one whole Bitcoin.

Adobe has unveiled a new range of features that are designed to help artists protect their work — and ensure consumers can check whether an NFT is authentic.

Content Credentials will allow creators to stamp their identity on an image's metadata, and they'll even be able to attach their social media profile and crypto wallet to an NFT using Photoshop.

Adobe has also entered into a partnership with four major NFT marketplaces to ensure these credentials will be displayed next to the tokens on sale.

Will Allen, Adobe's VP of product, joined us to discuss these new features. We also asked him whether the company has any plans to launch its own NFT marketplace to rival the likes of OpenSea and Rarible.