We define cryptocurrencies as: a digital medium of exchange using strong cryptography to secure financial transactions, control the creation of additional units, and verify the transfer of assets. 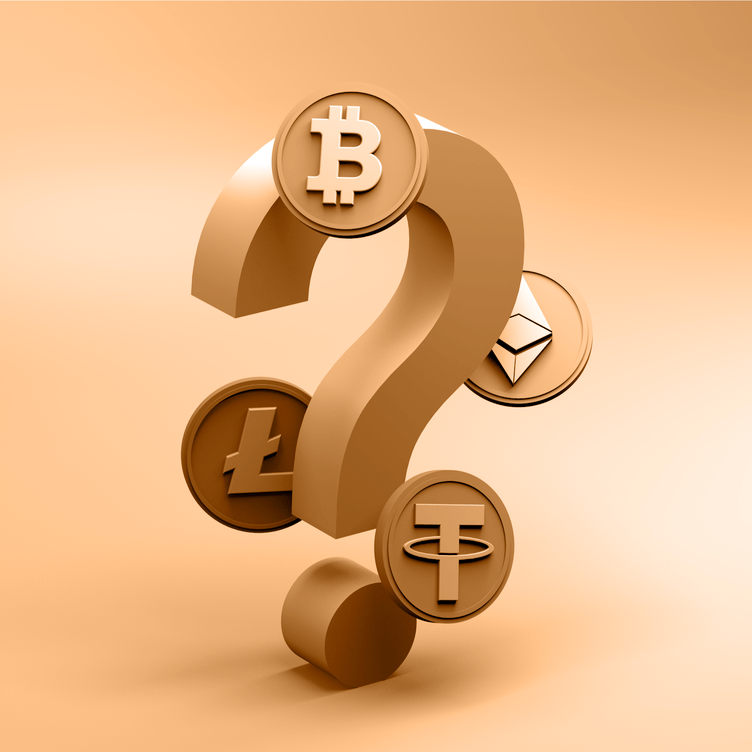 Referencing the glossary on our site, we define cryptocurrencies as:

A cryptocurrency is a digital medium of exchange using strong cryptography to secure financial transactions, control the creation of additional units and verify the transfer of assets.

There are a few pieces here to focus on: digital, strong cryptography, creation, transactions and verification.

Why was Bitcoin such a revolutionary technology? A big part of it is due to its design in preventing a problem called “double-spending.”

In order for you to know that the $1 you just received will not be spent by your sender again in another transaction, we typically need to trust someone to keep tabs of who’s spending and receiving what — usually, a bank, in the case of digital assets, or the dollar note itself physically leaving your wallet and never coming back.

With Bitcoin, the recognition and prevention of this problem meant that we’ll never have to doubt if the dollar just given to us is actually spendable by the sender and without needing a middleman to verify it. It's similar to the cash coming out of your wallet. Once you’ve given it away, you can see for yourself that it’s no longer there.

This concept is revolutionary because these are digital assets, which in the past required someone to verify transactions since there was no way to tangibly account for them.
With Bitcoin, each transaction is added to a “block,” which is then appended to the end of a chain of blocks, the “blockchain,” and nobody can tamper with the previous blocks once they have been confirmed. This is done through strong cryptography using something called a SHA-256 cryptographic hash function.
So where does all this Bitcoin come from anyway? As part of the process of confirming transactions on the blockchain, there are people called miners who run computers or chips to solve cryptographic puzzles in a race to add a new block to the blockchain. To reward these miners for their contribution in keeping the network safe, new bitcoins are created with each block added.
The reason why we need miners as part of a blockchain is because of security. Under the proof-of-work system, one must spend real-world assets, such as electricity, to confirm blocks: there is cost incurred before rewards can be received.
With this system, it becomes expensive for bad actors to attack the blockchain, as they will need to spend a lot of resources in the attack; with others acting in the interest of receiving Bitcoin legitimately for their efforts in mining, these attackers have little chance of taking over 51% of the network and effectively controlling the majority.

To see a visual explanation, check out this video:

There are other forms of consensus mechanisms as well, such as proof-of-stake, delegated proof-of-stake, proof-of-authority, proof-of-burn, proof-of-developer, and more. Each mechanism has its own pros and cons, so take the time to learn more about each one through the projects which interest you most.

Why Care About Cryptocurrencies?

The money that you use today — fiat currency, issued as legal tender by the government — is controlled by the governments and banks who manage its supply, issue and distribution. Most of the time, it is good enough for day-to-day transactions… as long as you trust your government and your banks.

We can see examples of governments who have hyper-inflated their currency through the course of history, or banks who hold money hostage from the families of those who own it. Sometimes, it can also just be inefficient; for example, when banks don’t clear an urgent international transfer over the weekends because they aren’t operating then.

In the aftermath of the financial crisis of 2007/2008, a person or persons called Satoshi Nakamoto created Bitcoin, which was described as “a peer-to-peer electronic cash system.” The first block in the Bitcoin blockchain included a message:

The Times 03/Jan/2009 Chancellor on brink of second bailout for banks.

This was (probably) meant as a jab at the current banking system. Suffering the aftereffects of the financial crisis, many banks were not able to stay afloat and had to rely on bailouts by governments to survive, using taxpayers’ money. Many of the original supporters of cryptocurrencies felt strongly against the way that governments could just “print money” to prop up the economy. When doing so, they are in effect devaluating the money that people hold and are putting control in the hands of politicians who may not know how to best act in the interest of their constituents.

With the birth of Bitcoin, many started seeing a clear way forward for a world in which people were in control of their assets. This, in addition to the rise of big internet companies who were selling their users’ data for profits, and we have the initial makings of a revolution. Idealists were starting to imagine a world in which we emerge as sovereign individuals, people who had complete say over our money, our privacy, our attention, and more – and thus the idea spread.

The Benefits of Cryptocurrencies

A bit of a misnomer, trustless is actually a quality meant to explain that you can trust people more because you don’t have to trust anyone in particular. You can use the blockchain with confidence knowing that nobody can tamper with it after your transaction in a block has been confirmed (barring an attack on the network). You can also oblige someone to fulfill their obligations using “smart contracts.”

Related to the point above, you can control and manage your own assets without any intermediaries involved. Just keep your private keys safe!

Everyone around the world can participate in the network, and you can send and receive cryptocurrencies quickly within minutes or seconds. This means that even those without access to the current banking system (the underbanked or unbanked) can also participate in the global economy.

You can check every transaction that ever took place on most blockchains, such as on Bitcoin or Ethereum.

Unlike the typical government-issued monetary system, most cryptocurrencies come with a predictable supply schedule. This means that you can work out an inflation rate per year, with that being known, rather than being at the whims of a central government.

You can transact at any time, rather than having to wait for bank opening/operating hours.

I’m an experienced executive, building and scaling companies in the crypto/finance, AI and retail technologies. I have led two teams to acquisition so far.

Crypto Basics
How Bitcoin Miners Operate
How exactly do computers mine bitcoin, and is it profitable? This article explains the process behind how the first cryptocurrency works.
โดย Andrey Sergeenkov
1 year ago
6ในการอ่าน
Crypto Basics
Proof-of-Work vs. Proof-of-Stake
Proof-of-work and proof-of-stake are two of the most popular crypto mining mechanisms — but what makes them different?
โดย Decentralized Dog
1 year ago
5ในการอ่าน
Crypto Basics
What Is Coinbase — and How to Use It
Coinbase is one of the top crypto exchanges — how does. it work?
โดย Leo Jakobson
11 months ago
6ในการอ่าน
See all articles