What Is Velas: A Scalable, EVM-Compatible Layer-1 Chain

CoinMarketCap Alexandria takes a deep dive into Velas (VLX), a layer-1 blockchain that leverages a hybrid consensus system and an efficient codebase to tackle the blockchain trilemma. 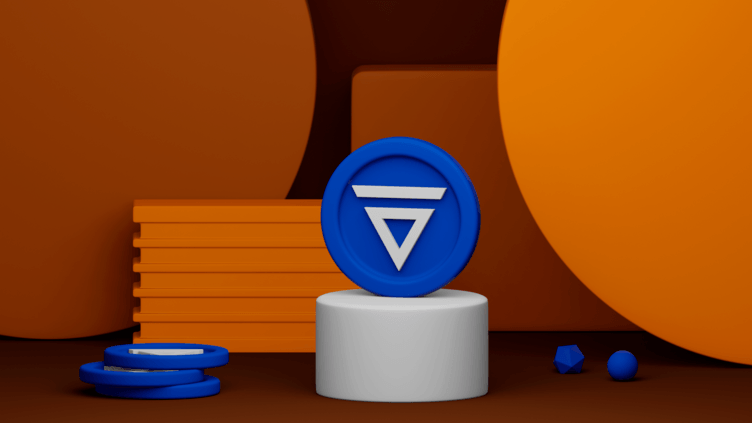 In the race to produce the fastest, most capable smart contract platform, blockchains usually need to compromise on at least one of three features: speed, security, or decentralization.
Velas, a smart contract chain that leverages hybrid consensus (Proof-of-Stake with Proof-of-History), looks to distinguish itself from the competition by tackling all three issues poised by the blockchain trilemma without any compromises.

What Is Velas (VLX)?

Velas is a full EVM/eBPF hybrid chain that offers high security, scalability, and performance while keeping transaction finality down to just 1.2 seconds and carbon emissions down to a bare minimum.
As a smart contract platform, Velas is built to host the next generation of decentralized applications (dApps) and combines the security and speed of a hybrid consensus system with the capabilities of the Ethereum Virtual Machine (EVM).

Velas’ native utility and gas coin is known as VLX. This is used for a variety of purposes within the Velas ecosystem, including paying for transactions and smart contract operations and supporting its consensus system through staking.

The Velas platform is being built by a diverse team comprised of engineers, cryptographers, researchers, and mathematicians. At the head of the operation are the platform’s C-level team, which is comprised of Co-Founder and CIO Alex Alexandrov, CEO Farhad Shagulyamov, COO Shirly Valge, and CTO Roman Cherednik.

Velas was founded in 2019 and its mainnet went live shortly after. Now, the platform is growing in popularity among dApp developers and DeFi users, thanks to its speed, efficiency, and powerful development resources.

The Velas blockchain is currently host to a variety of DeFi apps, including the play-to-earn game Velhalla, and AstroSwap — a full-featured DEX and DeFi suite. Velas is also building a handful of products in-house, including Velas Account, Velas Vault, and Velas Wallet.

How Does Velas Work?

By building on top of the Solana codebase, Velas started with a framework for a highly scalable blockchain capable of supporting world-scale dApps. This codebase was augmented with a variety of features designed to enhance its decentralization, accessibility, and usability

Velas leverages a variety of innovations to solve the blockchain trilemma — achieving a balance between security, decentralization, and scalability. These innovations include a state-of-the-art virtual machine for securely operating smart contracts, as well an efficient consensus protocol that allows any number of nodes to maintain the integrity of the network by participating in transaction validation.

The Velas blockchain is capable of sustaining up to 75,000 transactions per second while keeping transaction fees down to $0.00001.

The Velas platform currently operates as a hybrid system, with a native space and an EVM space, each of which has its own block explorer but still forms a single ledger. Assets can be swapped between the two spaces with an atomic transaction.

Velas uses a network of clusters to maintain its operations. Each cluster is comprised of a set of validators tasked with ensuring the integrity of its ledger. Validator nodes are free to join a cluster and participate in the validation process in return for a fraction of its token emission. Users can also delegate their tokens to a validator for a share of this reward.

Velas is currently operating on version 3.0 of its technology stack, which includes both a native space based on Solana and an EVM space. More than 75 products are currently being built on the platform, and are set to roll out throughout 2022 and beyond.

As an ambitious platform looking to tackle some of the longest-standing challenges in the blockchain space, Velas has a number of key roadmap items it is looking to deliver in the coming months, including:

Velas aims to make web 3.0 more accessible, democratic and efficient without sacrificing speed and security. Some of the properties that will help it achieve this goal include:

The Velas blockchain is currently capable of sustaining 75,000+ transactions per second (TPS). To put this into perspective, Bitcoin can currently sustain around 7 TPS, whereas Ethereum can handle around 15 TPS. Velas achieves this level of scalability completely on-chain, without relying on layer-2 solutions or multiple shards.

Velas has its own implementation of the Ethereum Virtual Machine, allowing developers to build on the platform without needing to learn new toolsets and languages. This ensures regular users can easily interact with the Velas blockchain since it now supports the most popular Web 3.0 wallet — MetaMask.

Velas is designed to be far more environmentally friendly than competing platforms, a fact which largely stems from its ultra-efficient hybrid consensus system which combines Proof-of-Stake with Proof-of-History.

The platform’s more than 100 nodes and validators use just a tiny fraction of the electricity of competing platforms while leveraging carbon offsets to maintain carbon neutrality.

In August 2021, Velas unveiled its grants program, designed to fuel the growth and development of the Velas ecosystem and lay down the infrastructure for Web 3.0.

Offering up to $100,000 per project, Velas is primarily looking to fund DeFi cornerstone applications, projects that leverage novel financial primitives, and those that help deliver the benefits of blockchain to a wide audience.

Velas provides developers with a completely open-source framework for building powerful products without the usual hurdles. Since the platform is completely permissionless, anyone can help build the Velas ecosystem and contribute code to the core protocol.

Velas recently established a multi-year partnership with Scuderia Ferrari. As part of the partnership, Velas’ branding will be emblazoned on Ferrari's Formula 1 racing cars, helping to provide long-term exposure for the brand, while paving the way for further shared initiatives between the two brands.
This article contains links to third-party websites or other content for information purposes only (“Third-Party Sites”). The Third-Party Sites are not under the control of CoinMarketCap, and CoinMarketCap is not responsible for the content of any Third-Party Site, including without limitation any link contained in a Third-Party Site, or any changes or updates to a Third-Party Site. CoinMarketCap is providing these links to you only as a convenience, and the inclusion of any link does not imply endorsement, approval or recommendation by CoinMarketCap of the site or any association with its operators. This article is intended to be used and must be used for informational purposes only. It is important to do your own research and analysis before making any material decisions related to any of the products or services described. This article is not intended as, and shall not be construed as, financial advice. The views and opinions expressed in this article are the author’s [company’s] own and do not necessarily reflect those of CoinMarketCap. CoinMarketCap is not responsible for the success or authenticity of any project, we aim to act as a neutral informational resource for end-users.
15 people liked this article