DON'T Suffer in Silence: If The Crypto Crash Has Affected You, Read This
Содержание
'I Saw No Tomorrow'
Crypto News

DON'T Suffer in Silence: If The Crypto Crash Has Affected You, Read This

If you're in this situation right now, you may feel helpless. But this too shall pass — and if you are considering ending your own life, please reach out to somebody. 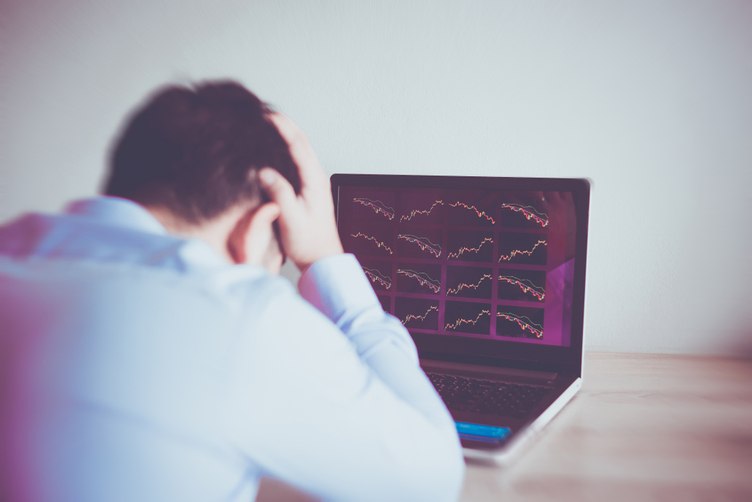 The selloffs in the crypto markets have caused anguish and stress — with some investors losing life-changing sums of money.

If you're in this situation right now, you may feel helpless — like you have nowhere to turn.

But this is important to remember: this too shall pass. And if you are considering ending your own life, please do not suffer in silence and reach out to somebody.

Dedicated support and a friendly voice are available around the world. You can find the best numbers to call where you are here.

On Reddit, one man has shared a powerful story of how he attempted suicide — but later realized he was "ridiculously stupid" for considering it.

Posting on the subreddit for Terra, u/RyzenRazer explained how he hit a "hot streak" while trading stocks a few years ago.

"While this felt amazing, it also drained me of most of my energy and happiness. The amount of stress I put myself through to reach this point had pushed me to the brink of a few mental breakdowns."

Instead of traveling the world, getting a home or opening a new business, he described how he was determined to turn his investment into $1 million, adding:

"I took even bigger risks than I had taken before, my stress had hit unprecedented levels. I was on a daily rollercoaster of emotion."

"I watched my profits turn into bigger losses. I held until my loss was so big I couldn’t bear it. The pain was too deep. I lost another $40,000. This cycle continued, until my $170,000 had turned into $7,000, believe it or not. This amount was less than the amount of debt I had racked up buying new things I didn't need because I felt 'rich' at the time my account was big and green."

While all of this was happening, u/RyzenRazer said he was neglecting his actual business — and had alienated his friends and loved ones.

"I spent the next few days thinking of why I didn't take that overnight $20,000 profit and moved on. Why I didn't take profits and took that dream trip to Tokyo I had promised myself I would take if I had any success whatsoever trading stocks. Why I let myself piss away $170,000 I took months shocking my nervous system to make, in less than one month."

'I Saw No Tomorrow'

As time went on, r/RyzenRazer said he fell into "an extremely deep depression" — and couldn't imagine a way to be happy again, salvage his personal relationships, build back his wealth or even save his business.

He then attempted to take his own life — but woke up three days later.

"I felt ridiculously stupid for considering ending this journey that is my life. An infinite nothingness awaited me, and I had woken up with nothing. Nothing, but all the opportunity this world had to offer."

He later came clean to his parents about what happened and talked to his friends — and promised himself to maximize the value of each day, working as hard as he could to make himself happy again.

A few months later, his business was more successful than ever, his debts had been repaid, and he began traveling and helping others in need.

"I also realized that the true happiness in this life lies in leaving a mark on others, uplifting them, and in turn uplifting myself."

Now, he regards the money he lost as a "valuable lesson" — and he wants to make the most of the time he has, adding:

"If you're considering ending your life, I sincerely hope you reconsider your feelings. Whatever it is you're going through, like everything else in life that ever was, shall pass. A brighter day will come, and you will be surprised how life will open its doors back up for you when you allow it to."

Crypto News
Crypto 'Not a Fad,' Morgan Stanley's CEO Says
"I don't know what the value of Bitcoin should or shouldn't be. But these things aren't going away, and the blockchain technology supporting it is obviously very real and powerful," he says.
Автор: Connor Sephton
10 месяцев назад
2м
Crypto News
Ronin Hack Connected to North Korean Hackers, According to US Officials
US officials tied the North Korean hacker group, Lazarus, to last month's $625 million exploit of the Ronin network.
Автор: Ivan Cryptoslav
4 месяца назад
2м
Crypto News
Podcast: Bitcoin May Have Finally Turned a Corner, But Clouds on the Horizon
Also today — fresh misery for Celsius Network as a disgruntled former employee files a lawsuit with damning allegations.
Автор: Connor Sephton
месяц назад
1м
Все статьи